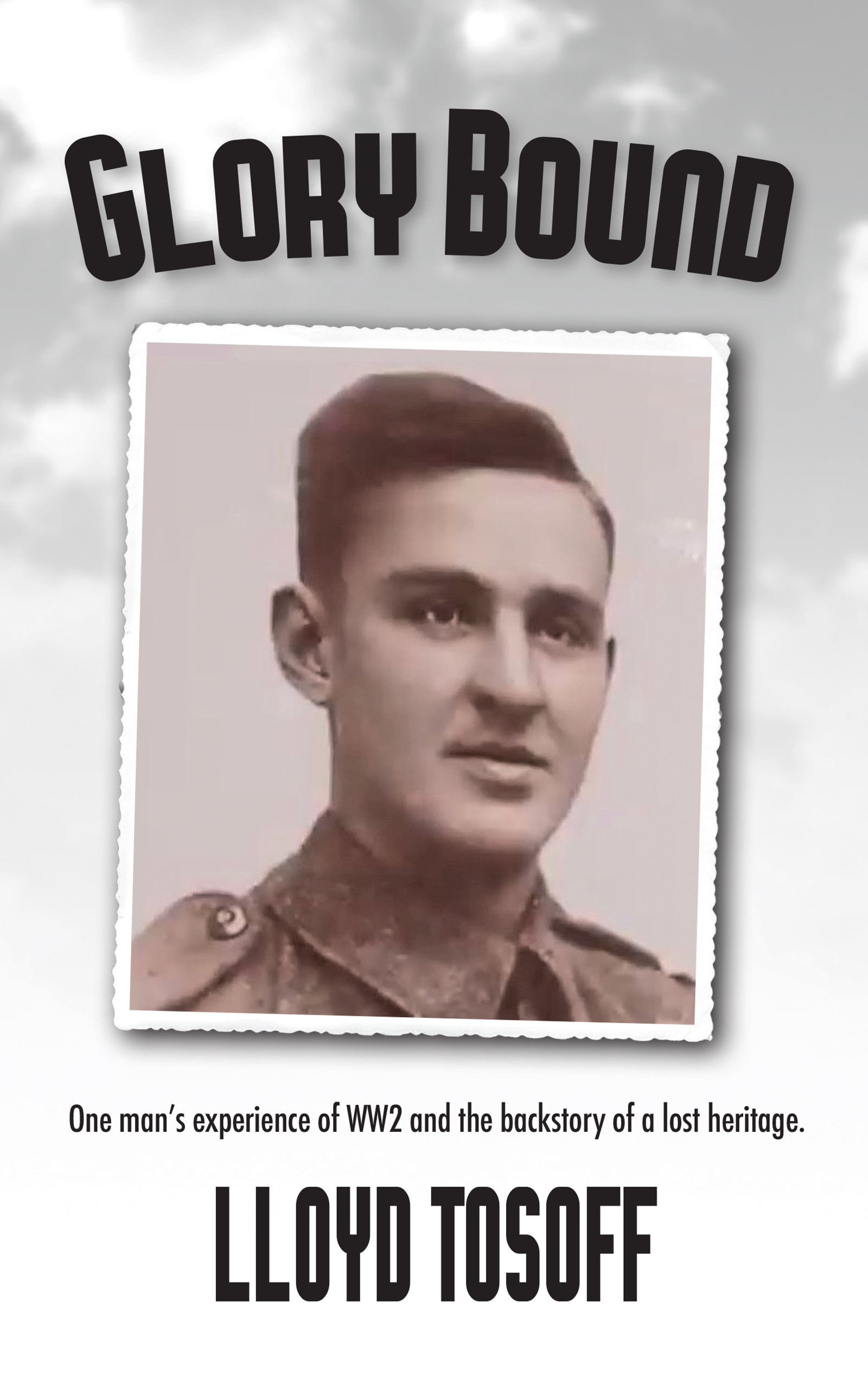 5.00
2 ratings1 review
Rate this book
To take the life you are given and raise it up to a higher purpose against all odds is to define the term, “Glory Bound”.  Born and raised with neither means nor opportunity to go beyond the humble beginnings of his heritage, Ted Dimitroff was a man of courage that defied the odds against him. It was the spring of 1941 when the 17-year-old walked into the Canadian Army recruiting office in Prince George, Canada and lied about his age to join in the war effort against Nazi Germany. Many like Ted, had forefathers who fled their homelands and left behind an unspoken past. This is the story of a father and a son, both of whom shared life circumstances that required them to reclaim their lost years.

13 books12 followers
Lloyd Pilling Tosoff began his writing career in 2010, penning two non-fiction books on leadership, after leaving a four decade career that culminated as a primary leader and chief executive in an award winning Canadian company. Although his entry into the literary world was late, Lloyd has been a prolific author with eight published works to his credit, and two completed manuscripts awaiting publication. His novels have been recognized by readers and reviewers worldwide, and his top ranking Kirkus Reviews can be viewed at the Kirkus website. His first novel, a Scottish mob thriller, entered the market at #2 in UK Kindle Crime Fiction. His poignant novel, Escape from Konigsberg, has been compared by readers with the likes of Dr. Zhivago, and his prose as cinematic, lucid, and crisp.

The son of a successful construction contractor, Lloyd received an education in applied science, and over a lengthy career came up through the ranks, eventually becoming a major shareholder in one of Canada’s 50 Best Managed Companies. He retired in 2009 from his role as a chief executive and visionary leader, to pursue his creative interests.

Lloyd’s newest work, Children of Pleiades, is a two-part series that begins as an ancient, historical human drama that reflects the superstition and folklore of the people who first populated England’s Salisbury Plain. The first in the series, Rise of the Henge, tells the story of a sacred bloodline with legends of star men, and the struggle between forces of good and evil that defines the human condition.

Lloyd comes from a musical family, and has a keen interest in song writing, as well as oil painting.

A proud Canadian, Lloyd lives on a secluded acreage on beautiful Vancouver Island, on the west coast of Canada, with his wife, Karen who edits his work. They have four children and four grandchildren.

5.00
2 ratings1 review
5 stars
2 (100%)
4 stars
0 (0%)
3 stars
0 (0%)
2 stars
0 (0%)
1 star
0 (0%)
Displaying 1 of 1 review
Lloyd Tosoff
Author 13 books12 followers
April 18, 2020
Glory Bound is a superbly written chronicle of one man's journey from Europe to the new Canadian Pacific Northwest. The author flawlessly weaves the story over multi-generational characters who endure life altering trials, tribulations, bigotry, poverty and war. It is a fascinating and gripping journey filled with lovable and heroic characters. In today's world of growing xenophobia this novel is a striking reminder of the enduring good that comes from one man's simple decision to find a new home. (Review by Thomas R. Szczesniak, March 4, 2020 from Amazon Kindle)
Displaying 1 of 1 review