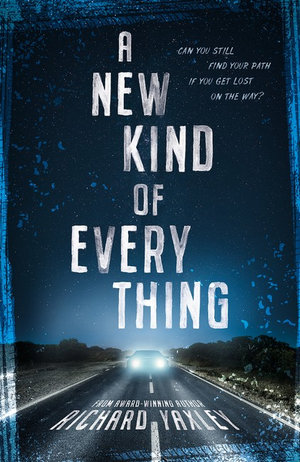 A New Kind of Everything

3.61
31 ratings13 reviews
Rate this book
After their father’s reckless death, the Gallagher family must find new directions. Dinny’s mum finds a new form of freedom, but the paths the boys are choosing are pointing them in dangerous directions.

Fourteen-year-old Dinny is in danger of repeating his father’s behaviour, and his older brother Carl sees an opportunity for independence. But when Carl becomes involved in the aggressive agenda of an anti-immigration group, a different crisis develops—leading the family to tragedy, insight, and rebirth.

19 books11 followers
I write powerful and engaging stories for all age groups. My novels are:

If I had to describe this book in a word, it would be "bleak". I mean, I knew from the blurb that it wasn't going to be a walk in the park. But between the choppy writing, feeling like I didn't know the characters at all, and the bleak plot, this was just a miserable read for me.

AD
344 reviews9 followers
February 19, 2020
Exploring themes of family relationships, friendships and belonging, as well as touching on suicide, domestic violence, and child abuse, this is not a book for younger readers. Having said that, it's a powerful and thought provoking coming-of-age story (reminiscent of The Outsiders by S.E. Hinton) which I would recommend for students from Year 9 and up. There are some wonderful analogies used throughout this book to provoke both Dinny and the reader to think deeply about concepts around racism, trust and freedom.

Dinny is a teenage boy at that tricky stage of life where you're trying to work out who you are and where you fit in. As a teenage boy, Dinny can be a pretty closed-book, but the reader sees through this to his sensitive nature. His life is made more complicated by the recent death of his father, his mother's grieving process, and his sometimes abusive older brother. Especially now his brother is getting more and more involved with the wrong sort of crowd. Dinny himself is struggling to see where he fits in terms of his friendships, and the new boy, Krush, makes him question, and challenge, his currently boring existence.

There are certainly moments of intense action throughout the book, but overall it follows a reflective pace which would probably appeal to stronger readers rather than those looking for a boisterous young adult action/adventure story.

Troy
314 reviews3 followers
February 13, 2020
Solid older reader Australian YA here. The writing style is dream like at times and carries a level of intensity that culminates in the final sequences.

This story of the Gallagher family is told through Dinny, the younger son of two. Dinny's father has recently been killed in a car accident and how the family deal with that, and the family history that surfaces as a result of that reflection, directs the family in a variety of ways.

Its quite emotional, I pitied the mother at the end. I found the final pages a bit unnecessary, but it's a rewarding read.

4 stars, violence, sexual assault and drug themes are involved, so recommended for 15's and over.

Julie Swane
104 reviews
February 7, 2021
After Dinny's father's death in a high speed drag race, the family find themselves disoriented. Mum struggles to hold it together, older brother Carl seeks identity and purpose in a far right group and Dinny finds himself gradually slipping into anti social behaviour. An extremely well written YA book that has the reader cheering for Dinny and hoping that he can turn his life around. Highly recommended.

Daniel Kingston
4 reviews
April 3, 2021
It took me a while to get into this book. I wasn't interested in the cars and self destructive behaviour of Carl and his father. But Dinny and his mother Allison held my interest and this book turned into a riveting page turner.

It's also nice to find a book that highlights the joys and value in a mundane, simple life. It's just a shame we sometimes need pain to appreciate that happiness. And as Richard Yaxley so eloquently shows us, it is a tragedy that some can never get past the pain.
Kerri Jones
1,722 reviews10 followers
March 27, 2020
An insightful book with deep emotional connection. I found the narrative confusing at times and had to read between the lines quite often to draw the story out. I’m not sure the YA community will bother with that. Krystal Gagen-Spriggs
270 reviews
March 15, 2020
Thought provoking, sad, and filled with tension. Not my usual cup of tea but I am glad I read it. I will give one warning: there is violence and anger in this story.
Someone365
48 reviews41 followers
April 7, 2020
Beware of the past it might just repeat itself.
Trigger Warning Database
11.7k reviews685 followers
Read
June 2, 2021
Trigger & Content Warnings 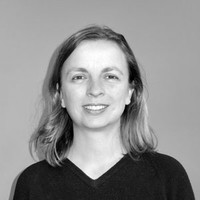 Lula Belle
121 reviews1 follower
November 27, 2022
3.5 stars. Interesting topics but too often the characters felt like adults. It's refreshing to see a working class family featured in an OzYA novel.
Displaying 1 - 13 of 13 reviews