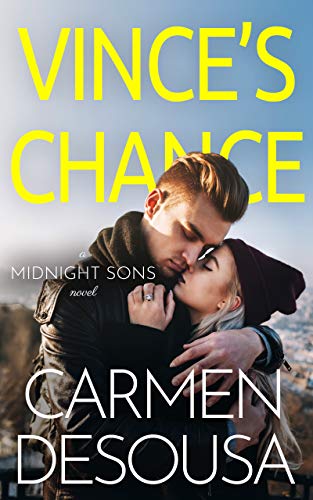 4.25
81 ratings10 reviews
Rate this book
Vince Kolya inherited only one trait from his biological father: a need to be on the sea. The rest of his life he has tried to emulate what he learned from his unofficial adopted family, the Belgardes: dedicating his life to helping others instead of abusing them. Unfortunately, he’s yet to find a woman who wants the same things he does in life. It’s bad enough that his wife left him, but she also failed to make his boat payments while he was on a three-month stint. Giving up on relationships, Vince throws himself into working with his family’s search & rescue team. Highest on his to-do list, though, is saving money to buy another boat so he can get back on the water, away from the reminders of his abusive past.

Now that her father is dead and buried, Valery Yura is coming home to her beloved state of Alaska in hopes that moving her troubled son to the place where she grew up will transform him into the loving young man he once was. The last thing she needs is a distraction, especially when it comes in the form of the gorgeous man she’s loved her entire life—Vince. A few too many drinks and sexy dancing on the dock, and she’s repeating ancient history, a situation she can’t allow, so she runs from his bed. When her son goes missing after a fishing excursion, Valery feels that the authorities aren’t doing everything possible. Although she’s resigned herself to never seeing Vince again, she needs his help.

As much as Vince tries to hold onto his feelings of anger and abandonment, knowing it’s paramount to protecting his heart, he finds himself falling deeper and deeper for Valery as they search for her lost son. The only way to win her love is to be her hero and find her son, but that hope fades when the authorities call off the search. Determined to give Valery closure and win back her heart, Vince embarks on an all-out manhunt for the missing boy. What he discovers, though, might be a death warrant for him and the woman he can’t lose again.

37 books632 followers
Reader Profile: First and foremost, I am a reader. From the moment I could hold a book, I've been fascinated with the written word. I enjoy almost everything, but lean toward romantic-suspense and magical realism. If you're looking for poor reviews, you won't find them here. The reason...life's too short to read bad books. If a book isn't at least three stars halfway through, I stop reading, and therefore, don't feel as though I have the right to review it. That's my policy! Please don't send me requests, though. If you are one of my cyber friends, I will eventually find you. :)

This Alaskan family makes me dream of adventures in the cold, beautiful Alaskan waterways and wilderness. With this third book I just keep getting deeper in love with their stories of finding and fighting for their life partners. Valery was not a likeable character to me at first but as her background unfolded I could understand her a little more. It is hard to understand, however, why she was so afraid Vince would turn into his father but she could have major issues being like her mom. I cant wait to read about Erik and how the patchwork family of brothers will handle what DNA revealed!
Darcia Helle
Author 30 books691 followers
June 27, 2020
I can always count on Carmen DeSousa's Midnight Sons to give me a realistic, emotional read.

Vince's Chance leans a little heavier into the romance than the first two books in this series, but we still go on an Alaskan adventure and experience plenty of suspenseful moments.

The content explores some thought-provoking topics, such as domestic abuse and PTSD. These aspects aren't heavy-handed or overly detailed. DeSousa provides just enough for us to see issues from the characters' perspectives, which might be very different from our own. This ability to see through another's eyes is one of the best gifts a book can offer.

This is the third book in the Midnight Sons series, though it can easily be read as a stand-alone. Each book spotlights one of the five brothers. I'm looking forward to the next adventure!

Yvonne Herrington
6 reviews3 followers
June 6, 2020
Vince's Chance
Midnight Sons Novel
By Carmen DeSousa
____________________________
Falcon Run Alaska
Native born, Vince Kolya and Valery Yura, both grew up with abusive alcoholic fathers.
Throughout their teens they stuck together and made plans for a future. Right after graduation, Valery suddenly leaves without telling Vince. Angry, betrayed, and heartbroken, Vince turns to alcohol until his brother's step in and get him involved in Midnight Son Search and Rescue. The lifestyle and adventure fulfill his dream of being on the sea.
Twelve years later, Valery Yura, returns after her divorce. Vince hopes to avoid her, but she shows up at Vince's brother Alex's engagement party. It takes a bit of coaxing, but Valery goes home with Vince to spend the night on his boat. The deep love they shared is still there, but secrets and misconceptions change people. In an effort to get to know each other again they take a kayaking trip. Everything is perfect until Valery gets a call that her 11 year old son Cole has gone missing from church camp.
Vince calls in re-enforcments and Midnight Son Search and Rescue will not stop until Cole is found.

Tani Garberg
614 reviews2 followers
January 2, 2021
This one wasn’t as good as the others. Too much predictability. That being said I will continue to read the series.
Sally Spoelstra
282 reviews1 follower
July 7, 2020
Realistic characters

The series is worth reading. Each book centers on a different brother and his romance. Easy reading and good escape reading.
JT
3 reviews
January 2, 2021
Not as good...

The previous book, Alex’s Atonement, was pretty darn good! That’s why I figured I would go for the next book in the series... Well, I was definitely disappointed. It wasn’t until the last couple of chapters that the book/story got interesting... Do I want to try the next in the series?? I seriously don’t know, now, whether it will be similar to Vince’s story or Alex’s - the first I can do without.
Ryan Mathis
190 reviews
December 2, 2022
Definitely interesting book, I will say the love story between them was interesting considering they didn’t see each other in 12 years. Little rushed for my taste. But still a good book.

I wasn’t expecting the ending of the book. Took a twist for sure.
Audrey Hatch
5 reviews
August 24, 2020
I liked all of Carmen DeSousa's books, but Vince's Chance is her best ever!
Eileen Ulry
36 reviews
June 11, 2021
Couldn’t finish. It just didn’t grab my attention at the start.
Sharon Rudolph
1,584 reviews
April 14, 2022
Great book

This was a great book! It kept me on the edge of my seat. The family is wonderful and the twist at the end blew me away!!! I am so excited to read the next book!
Displaying 1 - 10 of 10 reviews