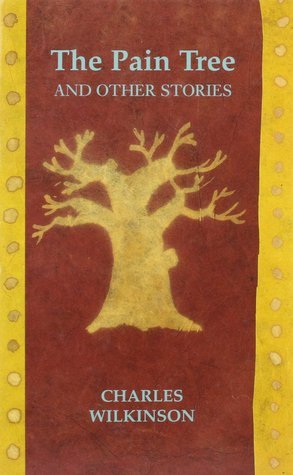 The Pain Tree, and Other Stories

85 books17 followers
A Birmingham-born poet and short-story writer, Charles Wilkinson attended school in a small town on the Welsh Marches, later studying at the University of Lancaster, the University of East Anglia and Trinity College, Dublin. His publications include The Snowman and Other Poems (Iron Press, 1987) and The Pain Tree and Other Stories (London Magazine Editions, 2000). A Border Poet member, Ag & Au, a pamphlet of poems, appeared from Flarestack Poets in 2013. Today, he lives in Powys, Wales. 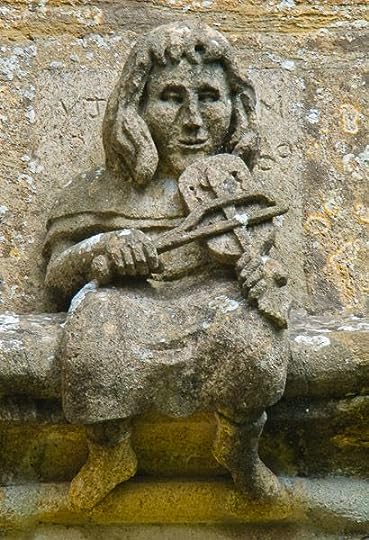 A Twist in the Eye and Splendid in Ash are two collections of weird, bizarre tales by Charles Wilkinson I’m so much looking forward to reading. In the spirit of preparation, I wanted to familiarize myself with the British author’s prose and, to this end, I picked up his first published collection, The Pain Tree and Other Stories. I’m pleased I did – although the eleven particular selections included here are more Ian McEwan literary fiction than Arthur Machen weird, each piece packs a serious emotional punch.

We encounter men and women who are in the throes of pain of one variety or the other - alcoholism, alienation, recollections of child abuse, being judged an oddball or misfit - all told in rich, vibrant, earthy language where elements like backstory and plot are revealed only gradually. An elderly woman in Pillars of Ice says “I’m turning to chalk.” And a visiting schoolboy’s reaction to this oldster in an old age home, how her skin was “faintly powdery; it was almost as if chalk were indeed being forced through a million tiny pores.” With Neddaman's Times, an older man is so obsessed with crossword puzzles that dealing with his wife, his daughter and even his grandson are seen as unnecessary intrusions.

The author's writing is also leavened by a bit of British understatement as when in Visual Aids a young history teacher is called out by the department head: “Fope suggested, rather uncharacteristically, that they should take a walk round the grounds, a decision which could not have been inspired by aesthetic considerations since almost every living plant had been wrenched from the earth.”

But generalities can only go so far. In order to provide a stronger taste of what a reader is in store for, I’ll focus on the one story from Pain Tree that can be seen as something of a bridge to Charles Wilkinson’s two future books of peculiar, wacky and very strange fiction. Here goes:

GREENER THAN BEFORE
The strength and depth of the author’s voice really comes through in this dark jewel. No wonder Charles Wilkinson’s future writing sidled from mainstream literature into the world of the weird. Reading this tale the first time through will only touch on the surface since the layers of meaning are revealed through a series of careful rereadings. And I can assure you, the strangeness gets even stranger with each and every read.

The author would undoubtedly agree - in an interview, Charles Wilkinson stated: "I think a good weird tale, like a good poem, contains an element that cannot be neatly paraphrased; in other words, its effect is more than the sum of its narrative." Thusly, one must read through once to grasp the full arch of the narrative and then go back to squeeze out the richer and more profound literary nectar.

“This morning I had yet another letter from my mother warning me about my hypochondria. As if her own indefatigable progress round the globe were not a sufficient rebuke to my way of life.��� So begins this tale told in the first person by a narrator who comes across initially as an eccentric hypochondriac but the more he tells, the creepier and creepier his mental state. Then, as if seeping in from the edges, we come to understand he's a man beyond creepiness - his tale is one of diabolical madness.

Ideally, I’d be writing an Afterward so that I could analyze in more detail with the assumption one has already read the story. But since this is a book review, I will confine myself to the following choice snapshots:

The narrator, a man I’ll call Ollie, is living alone in a huge mansion out in the country and is in a constant battle with not only his failing health but the failing heat coming out of the building’s boiler and radiators. When he’s not lounging on the sofa under a tartan rug in the front room (the vast majority of his hours), he’s in his study pouring over volumes of the somewhat heretical theology of Martin Buber and Jakob Böhme. Ollie has chosen the front room for a specific purpose: “This is probably not the warmest room in the house, but I have an adequate view of the lawns and the drive and am thus well-warned of the approach of visitors.” Our first hint Ollie is paranoid, and for very good reason as we eventually learn.

Suffering the damp and cold reaches a limit propelling Ollie to make a foray to the boiler: “The door leading to the basement was slightly ajar. I switched on the light and peered gloomily at the dial. It had the appearance of having just been painted green.” Ah, the psychology of why the color green is made clear when Ollie relates a traumatic childhood experience when he was fishing down by a stream, a time when he felt all of the grass grow an intense green and reduce him to “just a small black dot in an empty green field which threatened to fill the sky.”

Ollie’s brother has always been a lover of art and painting ever since his schooldays. Unfortunately, Ollie does not share his brother’s passion. “How I hate art.” There was that one time when his brother painted a nuthatch and Ollie forced his brother to hand over the canvas whereupon Ollie took up a brush and observing there wasn’t enough grass, cover the entire canvas in green. Then some days thereafter, Ollie peered at another one of his brother’s artworks: “The canvas was a shimmering expanse of green. At first I could not make out the subject, but then I realized that it was a lawn, painted as if seen from above.”

Now, the question arises: Does a man of Ollie’s temperament have a snapping point? You will have to read for yourself but please keep in mind there is a weirdness at work here that shifts the story into the realm of Poe-like terror. If Greener than Before is any indication of what is to be discovered in Charles Wilkinson’s A Twist in the Eye and Splendid in Ash, I’m in for a treat, and that’s for sure.
Alan
Author 10 books159 followers
June 7, 2013
sent this by the author who has returned to Birmingham (UK) recently. He may be joining our group so I am biased. A beautiful book, as all LM edtions are, sturdy, high quality pages with nice print, and a lovely cover (I'll try and put up on GR). I think I may have read two or three of the stories as they appeared in London magazine as I was a subscriber from the 70s to about 2001...

(January 6th note: he is joining our group. I am biased.) Also found a nice review of this book: http://www.spectator.co.uk/books/1934...

I have read a couple before. Review soon (tomorrow I hope)..

..err not tomorrow, some time later:
solid but slightly (and sometimes more than slightly) weird stories, old fashioned (public school, inheritances, the feel of a once 'great' family brought to near penury, brought to selling off property, eg The Last of the Lofts). The protagonist is usually a lonely crusty scholar type, deserted by wife and left to fester alone, this often has its funny side: (his landlady) had even complained about the smell of cooking in the kitchen; or they are schoolboys spending holidays with other friends or strange relatives. The stories are rooted in a heirarchy that seems feudal, almost. It is always cold, the central heating doesn't work, it rains or is misty; people eat badly or eat bad things, property is always crumbling (chewed paper to fill in the cracks in one story), with none of the comforts of family (in one story a boy spends his pocket money on bread, butter and cheese to re-create a family meal). But it is shot through with marvellous description and strange happenings and hinted at, obscure desires and actions, particularly in 'Treasure' and 'Greener Than Before'. The beauty and precision of the writing saves it from any heaviness - Wilkinson is a poet and this shows in his imagery, eg one protagonist lights all the gas rings, and all four blaze away like birthday cakes. He is particularly good on the weather: When he went outside again it was to find a country reverberant with the sound of falling water. It was as if, just below the surface, and using some undiscovered medium, a wild eyed composer worked, manipulating the strange electronic gurgle of water in the drains, arranging the the cut-glass laughter that crackled beneath the eaves, and, at the press of a button, filling each distant hill with white noise

Des Lewis
1,071 reviews61 followers
January 12, 2021
They keep on coming. This is a genuine Aickman-like classic that all Aickman lovers must read before they die or before they are buried beneath a ha-ha.
Seriously, Wilkinson may not even have read Aickman when he wrote this genuine masterpiece of literature? Yes, a masterpiece of general literature as well as of the weird fiction genre, in which way many of his earlier stories (as this one) and the more recent ones (in TwistoftheEye) actually deserve to be classified.

The detailed review of this book posted elsewhere under my name is too long or impractical to post here.
Above is one of its observations at the time of the review.