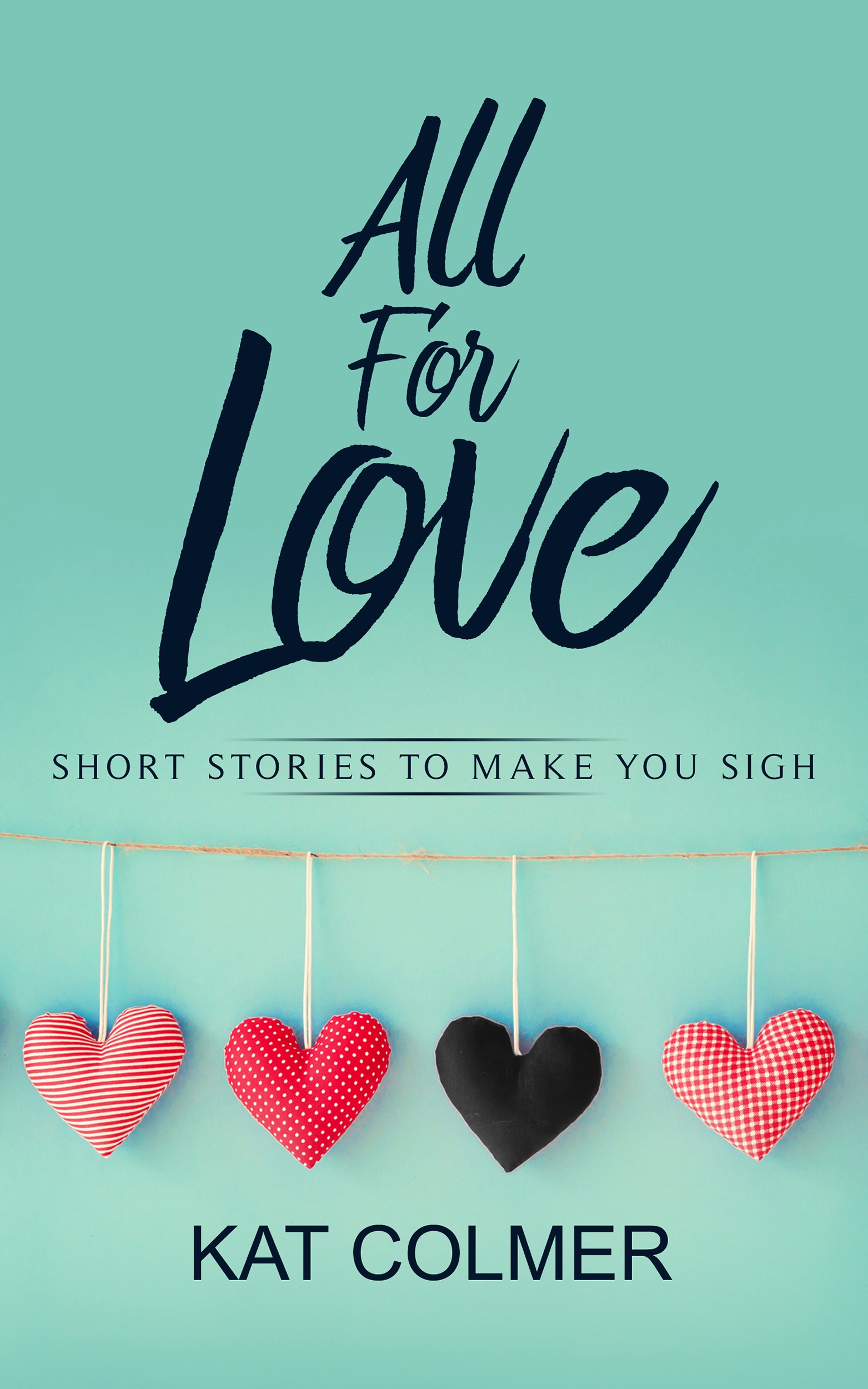 All For Love: Short Stories to Make You Sigh

4.33
12 ratings8 reviews
Rate this book
An award winning collection of stories that will make you smile and sigh.

Blind to his best friend’s feelings, Noah asks Tessa to help him win another girl’s heart.

Apprentice florist Eve has given up on nice guys until Finn walks into the shop.

Liam doesn’t expect to find love amongst the museum exhibits, but then he runs into Avery.

From a gnome-napping caper to a jewellery heist, these delightful young adult short stories explore the sweet, crazy and brave things we do … All For Love.

8 books56 followers
Kat Colmer is a Sydney-based Young Adult author who writes coming-of-age stories with humour and heart. She has a Master of Education in Teacher Librarianship and loves working with teens and young adults. When not writing, teaching, or reading the latest in YA fiction, Kat spends time with her two resident YA critics - aka her two children.

The first story is about two best friends.  They are sneaking over a fence with a dog to steal a gnome for the girl he likes.  The friend was in love with him, but she was willing to help him with everything as long as he was happy.

The second story has a scholarship kid at a school full of rich kids.  He sees a girl by herself and everyone says she is cold and to not bother.  But he sits by her in class and they bond over books before bonding over other things they have in common.

The third story was probably my favorite.  A young girl was working at a flower shop.  She was bitter about her ex and believed there were no nice guys left in the world.  That was until a uni student starts coming in to buy flowers for his mother who is going through chemo.

The fourth took place at a museum.  The youngest security guard thinks that he sees a necklace moving every Friday.  The other guards don't even pay attention, so he decides to work a Friday night to see what is happening.  He finally finds out what is happening and why.  This one was mostly about tech.

Overall, these were all super cute stories.  I gave this collection 4 stars.   Thank you to the author, Kat, for sending me a copy for review.

Heidi Catherine
Author 36 books208 followers
September 23, 2019
Kat Colmer is the Queen of Short Stories! I adore her writing and it always leaves me wanting more. This is a really sweet collection, filled with clever and witty words. Highly recommended.
mel
190 reviews
January 4, 2023
i received the book from the author in exchange for a review
~~~
this was a fun quick read and the short stories are very cute! i think the gnomes short story was my favourite because i’m a sucker for friends to lovers and for gnomes :) thank you to kat colmer for the book and i’m so sorry it took three years for me to read and review x

Lindsy
483 reviews9 followers
October 12, 2019
These are 4 really cute short stories. I think the first one and the third one are my favorites.
I really enjoyed the Onyx Rose one and how Finn was as a character. I’m glad they could connect over flowers and things they were going through. I thought the gnome one was cute and I’m glad Tessa finally saw what Noah was trying to do. He sounded like such an adventurous person.
I loved reading about all these characters and how they managed to get the girl. I wish I got more from the Hannah and Kahled story but I’m glad they were able to bond over books and their backgrounds.
The last story was interesting but very tech based. I thought it was a little odd also because of what the necklace could do but I’m glad things worked out in the end.
I would definitely recommend this author and her stories.
Regina
886 reviews
September 29, 2019
The tagline isn't wrong, you know... :)

For the Love of Gnomes
Super cute and funny friends-to-more story. I would have liked to have accompanied Noah and Tessa on the previous gnome capers, too. It sounds like they had quite the adventure... :)

Bombe Alaska
Kahled and Hannah seem to be a good match in this sweet story - and they're bonding over books, to boot.

The Onyx Rose
Eve and Finn gave me ALL the feels in this meet-cute story. Gah! <3

All Charged Up
It was fun following "nerd in hunk's clothing" Liam on his quest to figure out the mysterious happenings at the museum - and seeing him finally getting closer to his secret crush / fellow geek Avery.

Siobhan Yilmaz
134 reviews2 followers
September 30, 2019
A collection of very sweet, cute, love stories.
I read this in no time, but it doesn't claim to be a full length novel. I was having a rotten day before reading this - having a full blown cold and three hours sleep will ruin anyone's day - but this was just the remedy! It cheered me up and put a smile on my chapped lips.
Catriona
97 reviews
October 3, 2019
This delightful array of short stories will only take an hour or so to read, if you’re like me and can’t stop at one. They’ll make you smile and bite your bottom lip as you read the beautiful imagery, engaging characters and sweet story lines. I’m now looking forward to reading some of the author’s novels.
Alex Hayes
Author 13 books104 followers
November 29, 2019
Kat Colmer demonstrates her writing skill once again in these four lovely short stories. Each story is short and sweet, and has a fun little twist. Two of the stories are told from the girl’s perspective, the other two from the boy’s, which offers some variety to the points of view. Sharp details, strong characters and entertaining connections.
Displaying 1 - 8 of 8 reviews