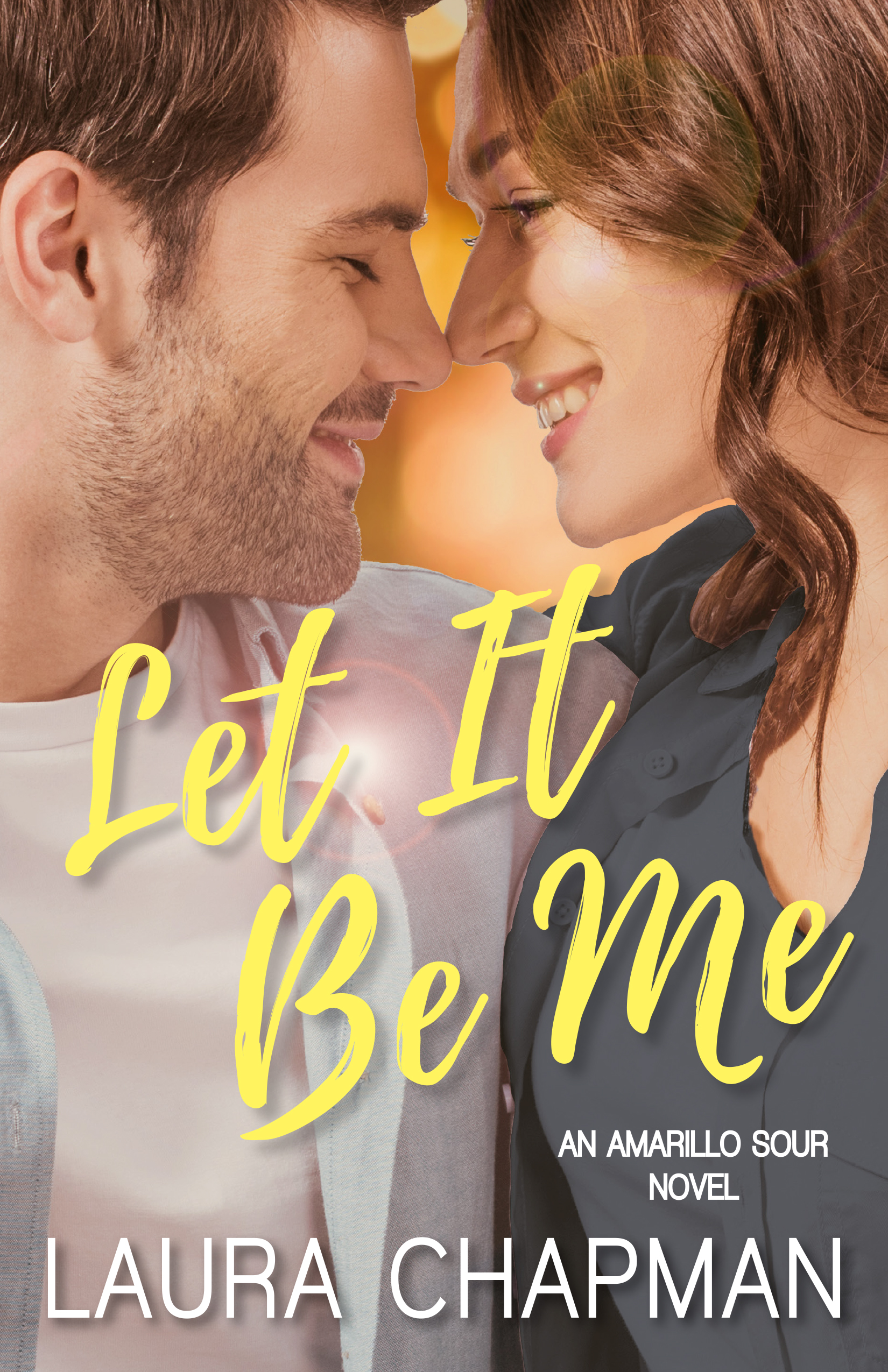 Let It Be Me

4.62
26 ratings14 reviews
Rate this book
Who says history is boring?

Professor James Mitchell has a rock star reputation. With a waitlist for all his classes, a best-selling book, and the requisite leather jacket, the university and publisher are eager to capitalize on this British sensation. But after his girlfriend leaves him for another man, James goes from rising scholar to spiraling bad boy. Forget contracts and tenure, James wants out—of his job, his book deal, and, better still, the country. He’s well on his way when his boss’s daughter walks into his favorite bar . . .

Aspiring filmmaker Ali Ferguson-Day doesn’t scare easily. She’s been given the means to make a film of her own—on the condition she tames the professor. As the daughter of a famed documentarian and a renowned historian, she’s more than ready to step out of her parents’ shadows and shine on her own. She won’t let anyone—not even an unexpected charmer—get in her way.

James and Ali butt heads from the start, but it isn’t long before their sparring gives way to attraction. There’s the promise of even more, if they can get past the fear of history repeating itself to let love in .

20 books135 followers
Laura Chapman is the author of sweet and sexy romantic comedies, including Playing House, The Marrying Type, the Queen of the League series, and other stories. A native Nebraskan, she loves football, Netflix marathons, and her cats, Jane and Bingley.

I will be honest and say I didn’t enjoy this one quite as much as I enjoyed the first book. I enjoyed Counting on You a wee bit more, but that does not mean Let It Be Me is a bad book. I was invested from the start, I devoured it in no time at all, and I’m once again eager for more in the Amarillo Sour series.

From the very first page, Let It Be Me had me invested in the characters and all that was playing out. There were a couple of times when I was pulled slightly out of the story by British stereotypes, but that did not stop my enjoyment. I wore a stupid smile on my face for most of the book, I laughed at many points, and I adored the characters. It was such a great story, one with plenty packed into it, and I could not get enough of it.

Without a doubt, Laura Chapman has ensured I’ll be back for more of the Amarillo Sour series in the future.
InD'tale Magazine
8,357 reviews281 followers
March 15, 2020
Watch out for Laura Chapman! She is on a mission to be one of the best in the romance genre and with a book like this, she will be there sooner rather than later.

Read full review in the 2020 March issue of InD'tale Magazine.

What can I say other than I loved this book. The tension between Ali and James was fun and flirty but realistic. A happy, sweet romance that hits you right in the feels. My only complaint is that I finished it and have to wait for the next book.
Barbara
16.6k reviews8 followers
February 10, 2020
Book two in the Amarillo Sour series a well written story with a very good storyline, it felt like you where there watching the story unfold. By an Author I have not read before. Professor James Mitchell and aspiring filmmaker Ali Ferguson-Day's story. I want to read more in this series. I received a free copy of this book via Booksprout and am voluntarily leaving a review.
Elvira
7,813 reviews56 followers
February 27, 2020
I love this series having read the first book I couldn’t wait to read James and Ali story they caught my attention from the first sentence to the last. It was like a breath of fresh air to have the characters chemistry be strong. The storyline flowed smoothly. I am looking forward to reading more.

I received a free copy of this book via Booksprout and am voluntarily leaving a review.
Elle Stephens
Author 3 books41 followers
March 21, 2020
cute story with fun, intriguing characters
KL Cassanello
2,741 reviews4 followers
February 10, 2020
He's a hot mess, but only because he's trying to get out of his employment contract. She's hired to whip him into shape. Ali has James all figured out, and he can't seem to slip anything past her. His take-no-prisoners attitude is spectacular to see, except for the hold that he allows Becca to have on him. Ali kicks Becca's proverbial butt more than once, and lets James see that he's better than that. Ali is brilliant, especially her organizational skills and ability to set up project timelines, but she's always worked in her father's shadow, and is currently beholden to her mother to get seed money to finance her own documentary project. James gets her to see that she's better than that. They teach each other about how to set a goal and reach it, especially where love is concerned. Ali's friend, Sidney, gives her a swift kick in the rear, just when she needs it most. James' friend, Seth, as much as he can be a pain in the arse, makes some good points sometimes, and always gives him something to think about.

I recently read a book that was incredible, the kind of story that keeps you thinking about it for a good while. But despite that beautiful story, it had a horrible ending, and I've been unable to stop thinking about it. Until now. This book is just that wonderful. This is the first book I've read from this author. I'm impressed enough that I just purchased the first book in the series.

I received a free copy of this book via Booksprout and am voluntarily leaving a review.
Sheila
3,625 reviews19 followers
February 12, 2020
Ali is to tame the bad boy professor James but while they have their differences it is not long before they realize the attraction between them. Enjoyed reading this story with Ali and James and how they worked through their differences to get to a good relationship.
Melissa
3,463 reviews
February 9, 2020
A history professor and an aspiring filmmaker butt heads from the moment they met.
It's an interesting read with bumps along the way that make it a bit mysterious and engaging.

I received a free copy of this book via Booksprout and am voluntarily leaving a review.

Jolie
1,458 reviews34 followers
October 28, 2019
I wasn’t sure if I was going to like Let It Be Me after reading the first few chapters. James was a hot mess. Ali wanted a docuseries so bad that she would do anything to finance it. It made for an awkward few first chapters. But once everything was ironed out, the book became enjoyable to read.

Let It Be Me’s plotline was medium paced. The characters were fleshed out and had a depth to them. I loved how relatable the characters were. Their issues were something that anyone could relate to. I also liked how the book flowed. There were no dropped plotlines or characters. There was no lag. All these made for a book that was easy to read.

Like I mentioned above, James was a hot mess. I didn’t blame him for being a hot mess. His ex-girlfriend had shattered his heart. All he wanted was to go back to England and lick his wounds. I did find his attempts to get fired funny. I also thought that the ways he was trying to get rid of Ali were funny. I did like his character growth throughout the book. I do contribute much of it to Ali. She helped him heal and realize what he was doing wasn’t exactly the best.

I loved Ali. She had her work cut out for her with James. But, she knew that going into it. I didn’t like that her mother had to bribe her to work with him. Want to do your series? Get that book written. She had a great sense of humor (which she needed, dealing with James). I love the inventive ways she used to get him to write. Before this book, I haven’t heard of an editing drinking game. Now I have, and I loved it!! I also LOVED how she handled Becca and her husband. Talk about putting someone in their place.

Ali and James’s romance was realistic. What I liked is that their feelings didn’t burn bright and fast. Instead, the author chose to build them up slowly. Don’t get me wrong; I love an Instalove romance as much as the next person. But I also like realistic romances.

Sex was not a massive factor in Let It Be Me. Yes, Ali and James end up having sex. But the author did not get into it. Other than that, sly thought James had when talking to Ali’s mother; it wasn’t there. I loved it.

Let It Be Me is the second book in the Amarillo Sour series. It can be read as a stand-alone book. Which further endeared the book to me. There was a mention of the first book’s couple, but that was it, a mention. The author kept the focus of Let It Be Me on Ali and James.

The end of Let It Be Me was sweet. I loved how everything ended up for everyone. And the epilogue was perfect!!! I am curious about who the next book is going to be about. I couldn’t tell you.
Lisa Proskin
51 reviews
December 7, 2019
I want to visit Amarillo Sour!

What a great story! I was so glad to be back with the Amarillo Sour gang. James is a great hero and I love learning more about him. I can’t wait for book three.
Kelly
Author 12 books224 followers
October 28, 2019
History professors should wear leather jackets!

I might have paid better attention to my history professors in college if they'd dressed like James or were half as good at storytelling.

My favorite part of this Amarillo Sour bar story was that James and Ali were good challenges for each other. Ali's mom was hysterical, and James' friend Seth was the right mix of best buddy and truth-teller. The TV show idea was original, too.

I recommend this for anyone who likes a clean, sweet romance with characters overcoming real-life obstacles in a healthy way. I could totally imagine this story coming to life on the Hallmark Channel!
Chelsea
Author 44 books298 followers
November 3, 2019
This is a sweet romance with plenty of bumps along the road to keep it interesting and a truly swoon-worthy ending. The story arc is full of enough adventure and mystery to keep you turning the pages, but also realistic enough that the reader can get truly sucked into the character. Also, the characters. One of the things I love most in a book is great character development, and Chapman definitely nailed it. Both the primary characters and the supporting cast were realistic, believable, and likable.
Regina
885 reviews
November 29, 2019
Ever since finishing "Counting on You", I've been waiting to read this story! James is such an entertaining hero, and Ali-with-an-i is the perfect challenge (and ultimately match) for him.
I loved their banter, their plotting and scheming, and how their relationship developed over the course of the story.
More please!