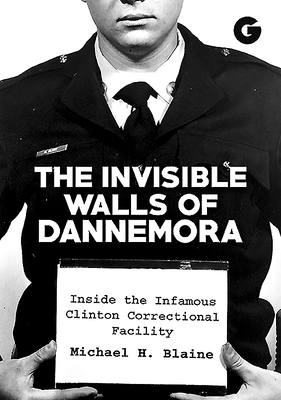 The Invisible Walls of Dannemora: Inside the Infamous Clinton Correctional Facility

3.67
6 ratings4 reviews
Rate this book
The infamous Clinton Correctional Facility in Dannemora, New York, in 2015 became the site of one of the most famous prison breaks in modern American history. However, the conditions that made possible the notorious escape and the massive manhunt that ensued had been developing for many years prior.

Having earned the nickname of "Little Siberia", the brutal winters contributed to the already depressing facade of the facility. During the long, dark hours, the wind howled outside and sounded like ghosts haunting the halls of the prison.
Dannemora had a proud past. Every employee chose to work there and there was always a transfer list of staff hoping to work there. It was a hard prison for hard criminals. Having housed the likes of mobster Charlie "Lucky" Luciano, "Son of Sam" David Berkowitz, Rappers Tupac Shakur, and Ol' Dirty Bastard, and countless other infamous criminals, the staff at the Clinton Correctional Facility knew how to handle even the toughest of men.

Like most prisons, Clinton was a place of routine. Each day was very much like day before. It was a big, clunking machine that simply ran each day unless someone in the administration used poor judgement and tried to implement an unsafe change in policy or targeted the wrong staff member.

The author, Michael H. Blaine, spent a career at the Clinton Correctional Facility. Having been an Officer, Sergeant, and Lieutenant, his story reveals the changes he observed and what he experienced at each rank he earned. Refusing to compromise his principles and sickened by the downward spiral that Clinton was experiencing, he retired less than 10 1/2 months before the first successful escape at Dannemora on June 6, 2015.

This new book reveals the inner workings of this massive prison. It is the first look inside at what it was like to work at the Clinton Correctional Facility, its effects on those who spent time there on both sides of the bars, revealing why nobody escapes the Invisible Walls of Dannemora.

This is NOT about the escape by the way! It's about the author's experience as a correctional officer and his interaction with prison life and prisoners.

Steven Delaney
2 reviews1 follower
October 17, 2021
I worked with, and for Mike Blaine. He was one of my top 5 watch commanders. I was in the room when some of the events happened. To the best of my recollection they are accurate. I'm my opinion, non- correctional security staff, would not have the context to really understand these events. Perhaps my experience has skewed this opinion. Read and make your own opinion
Nora Baxter
20 reviews
February 18, 2022
I REALLY wanted to love this book. It is right up my alley, and something I find pleasure in learning about. But it truly just felt like a 183 pages of a man saying he did no wrong and all of the mistakes, I felt like I was taken into the gossip and drama and not the jail. Maybe that was his intent in writing it?

Histria Books
3 reviews2 followers
February 23, 2022
An excellent insider's view of one of America's most notorious prisons.