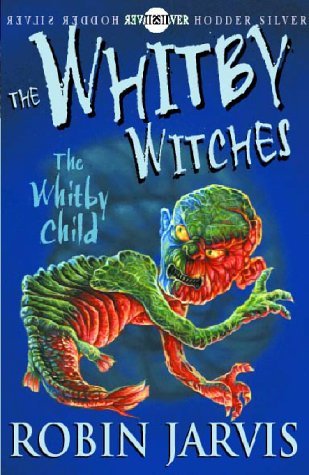 4.12
412 ratings16 reviews
Rate this book
In the depth of the night, a dark shape rises from Whitby's harbour and crawls along the deserted streets, leaving a trail of slime in it's wake. As Ben murmurs fitfully in his sleep, two glittering clusters of eyes stare keenly at the sleeping boy...

Along the windswept Whitby shore, Nelda the aufwader nurses a terrible secret. It is only a question of time before she must reveal the truth...

As Alice Boston lies paralysed by illness in her Whitby home, the ghost of a long-dead friend appears before her to warn of a great and impending danger...

This is the third enthralling book in the Whitby series.

The last book in The Whitby Trilogy, The Whitby Child does a good job of pulling together every loose thread and storyline left open from previous two books, and resolving everything in a satisfactory way.

With it being a Robin Jarvis book however, this was never going to be easy, and there is a lot of death, misery and tension along the way. How I read these book as a child and remembered them so fondly and warmly is beyond me. These things are emotional rollercoasters!

Maybe because I read these as a young adult, maybe because I love Whitby so much, but I think everyone should read these, kids books or not. Can't wait to read again in 25 years <3

Now they are finished I turn my eye to The Dark Portal and the rest of The Deptford Mice Triology sat on the bookcase . . .

RIP Eurydice, you were the best of them all.
Sarah
33 reviews3 followers
May 7, 2021
I couldn’t remember what happened in this book [read it last as a teenager] and for some reason was expecting to be disappointed.....but I really wasn’t. It was dark and and full of fantasy but also had a very human and relatable element to the characters especially in their development [although I feel the children are older then 8 and 12/13] and the ending I liked it was sad but happy and I like that in a book ending 😊
Matthew Hodge
593 reviews21 followers
August 1, 2017
Phenomenal finale to the original Whitby trilogy.

It's a strange mix - I find it's like an episode of Heartbeat combined with a 70s occult-themed horror movie (and all of this aimed at young readers!).

But first and foremost, the story wins out because of Robin Jarvis' eye for character and ruthlessly addictive plotting. (Oh, and you'll want to visit Whitby once you've finished reading.)

Sandra Visser
216 reviews7 followers
January 10, 2018
A very boring, horrible story. It's gross too but this makes no impact on the reader. You feel apathetic and don't really care what happens. It's also a quick fix at the end that's completely unbelievable. Jarvis is just relying on his old tricks again. Very disappointing.
Lynne - The Book Squirrel
1,067 reviews44 followers
March 22, 2022
😏😏couldn’t finish!

Sue
263 reviews
January 30, 2022
As a young readers story, it had all the elements to engage. I was glad the trilogy wound to a satisfactory end without being too maudlin or saccharine coated.
Roberta
1 review
July 22, 2016
I can't lie, I loved Robin Jarvis books more that any other.
My mum was very, very strict about what I watched on tv but she let me read whatever I felt I could understand, something I will always appreciate.
I remembered the cover vividly, I remember her holding it up in a bookshop and me trying to explain that nothing in the story seemed as frightening as the freaky artwork, and that I didn't picture the characters that way. There was nothing so bad in the stories that it haunted me (the single Jarvis exception being Jupiter's Deptford Mysteries, which made me cry, but I coped).
Because Whitby Witches was so well-written, relatable and smart without talking down to the younger audiences, on the face of it I would have given it 10/5 stars.
However, there was always some weird uncomfortable nagging thought that I associated with the Whitby Witches, so, at 26 years old, I went back and reread them.

In this series that involved subterfuge. lies, fury and denial from the heroes this was painted as a black and white issue.
I think I would have been bothered at the way it was portrayed if I was 13-15 years old, but as I was younger I was used to passing over passages I didn't understand.
I am in no way pro-censorship, but I think authors aiming at young audiences should understand what they are undertaking and take it upon themselves to not write their own beliefs into a novel when they are so so strong and black-and-white, especially when it isn't aimed at a pro-religious group.
So I settled at 2* . Because despite being bothered by what I view as a deliberate manipulation, it is really hard to give 1* to one of my childhood heroes.
Kimber
12 reviews
April 19, 2017
The cover scared the shit out of me as a kid
Rebecca
399 reviews6 followers
September 3, 2016
Better than book 2 but not as good as book 1. I think Jarvis had forgotten by this point how old his characters were, especially Jennet, as she is portrayed as much older than 12 (and Ben 8). It took me a while to finish this, the middle seemed to take ages, but the ending, once it got exciting, flew by. Can't make up my mind whether I'm happy or not with how the trilogy concluded, probably not overall as its too neat. Still, it's a unique series and I'd recommend it to teenage readers!
Virginia
48 reviews
May 27, 2008
Interesting completion to this series - lots of action and some unexpected twists and turns - I was surprised to have characters from the previous two books re-appear. Lots of storms and bad weather on the seas - was interesting to read this during a thunderstorm/windstorm in Iowa...kinda freaky.
Helen
175 reviews15 followers
October 23, 2014
I loved the end to this trilogy - it made me cry the first few times I read the series. Still as action packed as the others and love the climax to the story. Have read these loads of times and will probably still end up reading them again
Edward Davies
Author 3 books35 followers
January 30, 2015
The Whitby Series concludes on a creepy high with the birth of a child that should never have been born. Jarvis knows how to unsettle people, and this book is beyond unsettling as far as children's literature goes. 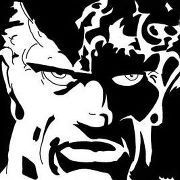 Christopher
8 reviews
September 6, 2012
AMAZING
Bethnoir
597 reviews20 followers
August 7, 2014
Again, this is a very tense book, lots of dark and miserable story lines but overall worth reading to complete the trilogy.
Displaying 1 - 16 of 16 reviews