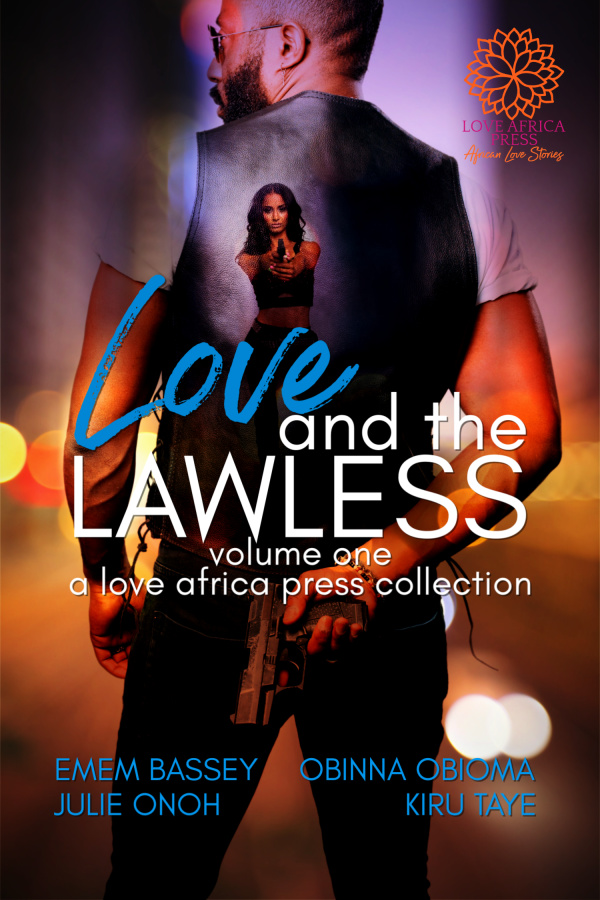 Love and the Lawless Anthology, Volume One

4.23
13 ratings3 reviews
Rate this book
Introducing the antiheroes of the Love Africa Press collections:
Dauntless and indomitable, brutal and lethal, these dark heroes take no prisoners in their quests for retribution. And when love shines a light into their lives, they will protect their beloveds no matter the costs.

PURPLE AND WHITE by Emem Bassey
Rono is a vigilante mafia prince with a dangerous plan to avenge his father’s death.
Suto is a genius medical doctor not afraid to get her hands dirty to pay off her father’s debt.
A marriage of convenience between these two could solve their problems. But what happens when love complicates matters and betrayal rears its ugly head?


JUST BEFORE MIDNIGHT by Onyeoma Izunna
Obinna joins the Black Brothers, a gang of street criminals, to avenge his parents' death. But strength alone does not give the lion its prey. To get the perpetrator, he must uncover a dirty family secret that started these killings in the first place— one that will make him question all he has believed and challenge his very motives. Can he stand the stack realities of his findings?


THE MESSENGER by Julie Onoh
Innocent Odion has never fully understood the meaning of the word ‘’Upside-Down’’ until her simple life takes a dark tumble into the gangster underworld.
Now her innocence is wielded as a dangerous weapon in a world of masterful cunning.
In a dangerous race against time, the hunted becomes the hunter. She must fight for her family and for love.


TEMENOS by Obinna Obioma
A bloodthirsty assassin on the loose, a website that cannot be hacked, and double locks on every door.
DSS Agent Lisa's primary objective is to find the vigilante behind the ritualistic murders. But her quest to unmask the evasive enemy might cost her everything including the love of her life.


HONOUR by Kiru Taye
A selfless act costs Kane everything and earned him a prison sentence. A power show gains him freedom and entry into the Kungiya underworld. Family, loyalty and honour are all within his grasp.
Until he meets Sahara, the daughter of his boss, who brings laughter and light into his grim world and she’s totally off limits. A forbidden desire could cost him everything again, including his life.

56 books300 followers
As a lover of romance novels, Kiru wanted to read stories about Africans falling in love. When she couldn’t find those books, she decided to write the stories she wanted to read.

Kiru writes sensual stories featuring African characters whether on the continent or in the Diaspora. When she's not writing you can find her either immersed in a good book or catching up with friends and family. She currently lives in the South of England with her husband and three children.

4.23
13 ratings3 reviews
5 stars
5 (38%)
4 stars
7 (53%)
3 stars
0 (0%)
2 stars
1 (7%)
1 star
0 (0%)
Displaying 1 - 3 of 3 reviews
Love Africa Book Club
449 reviews22 followers
March 3, 2020
This is an exciting collection of novellas featuring stories about male and female anti-heroes, characters who walk the fine line between good and bad. A few even do bad things to fix even worse atrocities. These are the men and women we ocassionally need to fight those battles when law and justice fails. Although some of the authors were debut, the stories are well-written and each voice is strong and unique. This anthology works well for lovers of crime fiction as well as romantic fiction fans. Expect suspense as well as romance. Highly recommended.

Shawn Pinzon
595 reviews2 followers
August 17, 2022
Love and The Lawless Anthology was a great read!! I love all the stories and 3 were new authors to except Emem Bassey. I recommend that you read this book it was entertaining with interesting characters.
Purple and White by Emem Bassey-⭐⭐⭐⭐⭐
The Messager by Julie Onoh-⭐⭐⭐⭐⭐
Temenos by Obinna Obioma-⭐⭐⭐⭐⭐
Honour by Kiru Taye-⭐⭐⭐⭐⭐
Oluwakemi Babalola
50 reviews2 followers
September 23, 2019
I’m giving this book a 4star only because one of the stories didn’t do it for me; in fact i could not even read it (i was that disengaged from it).
I especially loved Kane’s novella by kiru taye (the reason i bought this anthology in the first place) and can’t wait for the feature length book
Displaying 1 - 3 of 3 reviews