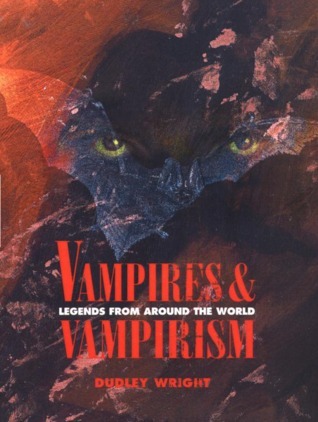 Vampires and Vampirism: Legends from Around the World

3.42
103 ratings9 reviews
Rate this book
Vampires and Vampirism is part of the canon of works on the folklore of vampires. Inside these pages are many accounts of the presence of nocturnal creatures with an unnatural hunger. Readers will discover that tales of vampires are whispered not only in the sleepy villages of easternand central Europe but also in the Middle East, the Asian sub-continent, and the isles of Great Britain.

Hikaru
105 reviews10 followers
October 13, 2011
A great start if you're just getting into vampire lore. It gives you a chapter on vampires in general, followed by ways that vampires are formed and what type of people are most susceptible to becoming one, and the rest of the chapters are about vampire lore in different countries, usually told through stories from various time periods. Then there is a chapter for miscellaneous vampire things that don't fit elsewhere, a chapter on living vampires, and finally, a chapter on whether or not vampires actually exist.

It's not a book bogged down with detail after detail about vampires, but it's a start, an introduction, if you will, into the lore surrounding the vampire. From there, you can pick an area and narrow your focus if you choose.

R.a.
133 reviews16 followers
January 21, 2013
Given that Dracula was published in 1897, one cannot help but wonder if this little gem was published in response to the popularity of the Stoker novel.

An academic work first published in 1914, this book traces the vampire legend and belief through history and throughout the world.

Its discussions include: Babylonia, Assyria, and Greece; Great and Greater Britain; Germany and Surrounding Countries; Hungary, Bavaria, and Silesia; Servia and Bulgaria; Russia, and the Orient.

Reading this, I felt as though I were Van Helsing or Carl Kolchak researching a real threat.

An enlightening and fun exploration.

Karen
1,801 reviews1 follower
March 23, 2013
From the inside flap - The Book of Vampires is the first serious study of vampirism in the English language. It assembles reports from all ages and from all countries, and discusses various theories of vampirism. (Not the first and certainly not from all countries, but a good cross section and variety.)
Sir Robbiethehoo
206 reviews1 follower
June 11, 2022
This book outlines vampire superstition and beliefs and how it varies in a number of different countries.

Also included are various stories of vampire incidences around the world.

The book is relatively short but packed full of information, although some of it seems added almost as an afterthought and in places has an unorganised feel to it.

An okay read but particular enjoyment is to be had if you have a real liking of vampires.
Eric
159 reviews3 followers
December 27, 2020
Good index of vampire mythology from around the world. Because it was originally published in 1914, there is no mention of sunlight as a means to kill vampires (this bit of legend was invented by the 1922 film Nosferatu)--thus there are stories that take place in daylight without consequence, although by and large the vampire is still a nocturnal creature. 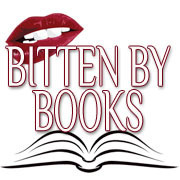 Bitten_by_Books
627 reviews105 followers
January 12, 2009
This charming, long-standing treatise in early vampirology is a must-have for all paranormal-fans that want a more “nonfictional” look at the bloodthirsty night stalkers. It even goes as far as to include “accounts” of vampirism, as well as many, many sources that explain the mythology behind vampires...

For the entire review please go to the Best Paranormal & Urban Fantasy Review site on the web, Bitten By Books for the review of Vampires and Vampirism : Legends from Around the World in it's entirety. You won't be sorry. 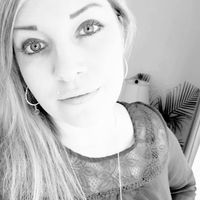 Nicole
7 reviews1 follower
February 18, 2010
You can only tell the same story so many times before it starts to get old. This is a collection of hundreds of vampire accounts throughout the ages, but all of them are basically the same with a few minor tweaks here and there. It was entertaining at first, hence the two stars, but I quickly lost interest.
Joseph F.
447 reviews12 followers
November 19, 2013
A book for the folklorist, this little tome is light on systematically looking at who and what vampires are. A bit confusing at times: in places the vampire is little more than a ghost. Or maybe a zombie. Also, the stories at times were similar, so it did not seem to make a difference that the chapters were organized by place.
Some cool stories though.
Displaying 1 - 9 of 9 reviews