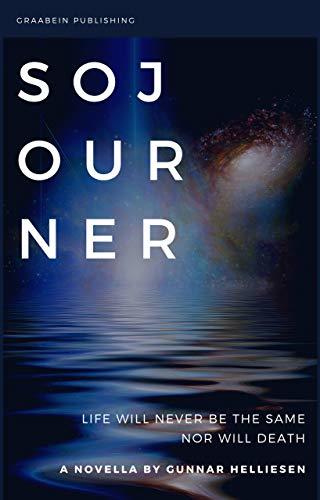 Sojourner: Life will never be the same. Nor will death.

3.75
56 ratings10 reviews
Rate this book
An imaginative thriller about first contact, survival, and the nature of reality.


When an intelligent alien spaceship arrives in our solar system, no one on Earth notices. Not until brilliant hacker Mazie G stumbles across a surprisingly skillful intruder in her employer’s computer systems, and sets to work uncovering their identity.

What she discovers takes her breath away. When she informs her employer, she finds herself ensnared in a web of secrets that could threaten the future of humanity. In a race against time, she tries to understand what the alien intruder wants before events spin out of control.

If you enjoy movies like Contact and Arrival, or stories such as Arthur C. Clarke’s Rama series, then Sojourner is the book for you. 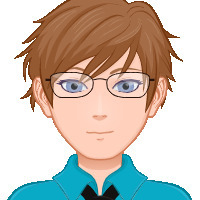 Teresa Grabs
Author 11 books44 followers
February 20, 2020
This 58-page novella focuses on Mazie, a young woman (presumed to be young because we never really know her age or much about her) who works for a tech firm. Sojourner is an alien traveling on a passing asteroid who replicates itself in Mazie’s computer.

The first half of the novella is engaging, active, and reminded me quite a bit of the beginning of the Matrix. Once Mazie and Sojourner begin communicating though her work computer’s speakers, it becomes a first contact situation where Sojourner asks for Mazie’s help to reach all the humans.

Then the story takes a turn, and not a good one. After “meeting” world leaders and the human population, Sojourner is all but forgotten except by Mazie and her boss. Naturally, her boss decides that Sojourner is a threat and the remaining half of the story is told to the reader.

The story is both good and frustrating as Helliesen was building a great world and plot for the first half then said, “ah, screw it, I’m bored” and took the easy way out by stating that an ultimate weapon had been created by her boss ages ago for this very type of attack. Excuse me?

As the plot went out the window, it became more and more about her boss, his weapon, and then came the ending. Without giving away the ending to this short novella, let’s just say the final twist came out of no where–and not in a good way. The final twist negated everything we had known about Mazie for the first half of the book.

Twist endings can be good, but should be plausible and not make readers angry. And this reader ended up angry.
Geoff Bawden
4 reviews
February 17, 2020
The three stars that I gave is generous and essentially a reward for the concept but not the execution. I would love to read a well written novel on the premise .. with developed characters (including you-know-who), harder science, better discussion of the politics, religion, human reaction, a tension filled struggle and an avoidance on using magic (deus ex machina) at the end to resolve the story. To even attempt to use that ending requires a lot of background on our new found friend and no background was provided - the ending, unfortunately, seems as if the prof said “times up” during writing class and the ending was scribbled down. Lots of good material here but it seems more like quickly drafted notes for a novel.

It’s his first story (I understand) and I would urge him to try again.
Gabrielle Olexa
Author 1 book24 followers
November 6, 2019
A Good Sci-fi Story Worthy of Your Afternoon

“Sojourner” is a pleasant, short afternoon read. If you like sci-fi and tales of first contact, you’ll likely enjoy this, too. It’s not heavy on the inner workings of technology or the science side of things, and in a way I liked that. I was just able to focus on the story itself. With that said, I wish there was more to read. There’s a lot the author could have delved into and explained, but it didn’t really bother me that he didn’t. Perhaps he’ll go deeper when he continues the story in later books. It definitely ends with the possibility of more. Looking forward to it. 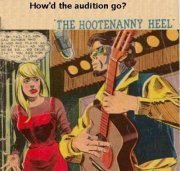 Rick York
33 reviews1 follower
June 15, 2019
This is one of the most unique and, in some ways, the most plausible First Contact stories I've ever read.

Describing the premise and the plot would be spoiling the story.

It is well written. The main characters, both organic and artificial, are entertaining and credible.

A highly recommended short read.
J.T. McAndrew
Author 6 books4 followers
May 11, 2019
A fantastic debut sci-fi by Gunnar couldn't put it down, fantastic concept and well written my only gripe was that it's too short and left me desperate to know more but I suppose that's just testament to how much I enjoyed it, can't wait for the rest.
Kevin VA
6 reviews
August 22, 2019
Get a professional editor

Way too short to contain all these ideas. Questions reality in what constitutes reality. The idea of a computer program being autonomous and intelligent has been seen before but this is an interesting twist on that.
Jean-François
3 reviews
September 7, 2021
Intriguing, erratic, unfocused, The characters have no idea where the author wants them to go. So said author just blows their whole world to smithereens, I was blustered into curiosity, but on reflexion I don’t expect anything else to comme out of this nightmare.
Bob Delaney
47 reviews1 follower
October 2, 2021
The author is an IT professional and this is the story of an IT incursion by a benign ET in program form, iradicated by US military software; the end.

I thought I had skipped a few hundred pages of the book when I noticed that I was 96% of the way through. Very short book (novella) good twist on the alien invasion tale but could have been better and longer.
Simon
6 reviews
July 18, 2020
Very clever, intriguing novella. Well worth the read.
Displaying 1 - 10 of 10 reviews