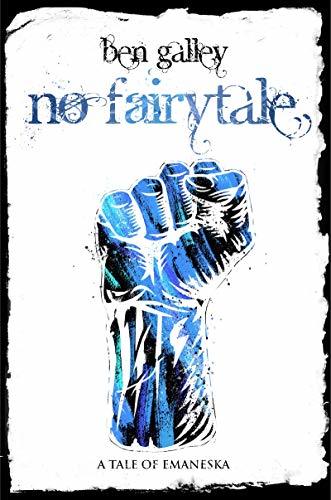 4.49
123 ratings14 reviews
Rate this book
After the Last War, the world has all too easily forgotten the time of the Written and the Arkmages. In their place, an iron-fisted empire has arisen, one that has finally brought order to the war-torn lands. An empire that has outlawed magick for anyone but itself.

At last, it seems that peace has come to Emaneska. Or, that is what the emperor would have Emaneska believe. On the fringes of the Arkan Empire, a different story is being written. Those who show magick talent must join the empire, live as an outlaw, or hang for their crimes.

The Last War is still being fought, homestead by homestead, and a young peasant girl is about to be thrust into the violent world that exists beneath the lies of empire.

35 books760 followers
Ben Galley is a British author of dark and epic fantasy books who currently hails from Vancouver, Canada. Since publishing his debut Emaneska Series, Ben has released the award-winning weird western Scarlet Star Trilogy and standalone The Heart of Stone, the critically-acclaimed Chasing Graves Trilogy, and the new Scalussen Chronicles.

When he isn’t conjuring up strange new stories or arguing the finer points of magic systems and dragon anatomy, Ben explores the Canadian wilds, sips Scotch single malts, and snowboards very, very badly. One day he hopes to haunt an epic treehouse in the mountains.

Find all of Ben’s books or join his Discord and Patreon at: www.linktr.ee/bengalley 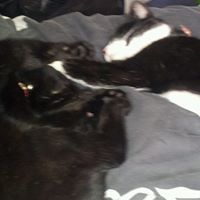 A short story that bridges the gap left by the completion of the Emaneska series. Old and new characters, brutal conflicts, heartwarming dialogue and a lead up to the promise of an excellent series. I can’t wait for the Scalussen Chronicles!
Kerry Smith
275 reviews8 followers
December 8, 2020
I hadn't even realised this was available, saw it when I went to purchase The Forever King. I loved Emanska series (in fact I love every book Ben Galley has written) and finding this was like getting an extra scoop on your ice-cream Sundae. 4.5 stars
Reader Rick
414 reviews3 followers
June 17, 2021
A Good Introduction

No Fairytale was a quick read. It fills the gaps between the two series pretty well, giving good background information. It is a great lead in. Starting with a rescue and ending in a decision and plenty of action along the way.
Toni Belcher
4 reviews
July 11, 2019
Loved it but agree way to short. Just an appetizer for more! 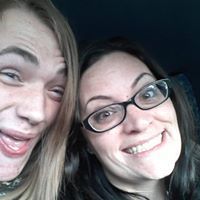 Amie Eckelmann
67 reviews
June 15, 2020
I miss this world so much and this was a nice little addition.
Renee Norris
34 reviews2 followers
December 1, 2020
Amazing series!!!
BoiledJellyfish
45 reviews14 followers
September 12, 2022
For 40 pages this flew by extra quick with lots of awesomeness
Nathan
19 reviews
January 14, 2023
Great short story in the universe. Having just finished the series it was a nice little continuation.
Tawnya
197 reviews1 follower
July 28, 2022
Teen's family is murdered. She is taken. Her rescuers should have their own series. They were great. Story happens in a time before technology. I found out they do have a series, at least one does. The blurb for the first book in the “Emaneska” series talks about Farden.

I wrote the above before this book was showing. The anthology where I had originally read the story did not mention a series.

Alan Behan
583 reviews9 followers
July 14, 2021
A short story that bridges the gap between the two Emaneska series, old and new characters to relish and set you up for what's to come from the Forever King, awesome little tale and it's definitely No Fairytale....😁💙
Victor
76 reviews4 followers
April 14, 2020
A great addition to the Emaneska series, giving us a quick update on what has happened since the end of the final book and a taste and what's possibly to come after...
Displaying 1 - 13 of 13 reviews