Goodreads helps you keep track of books you want to read.
Start by marking “Does the Frontier Experience Make America Exceptional?” as Want to Read: 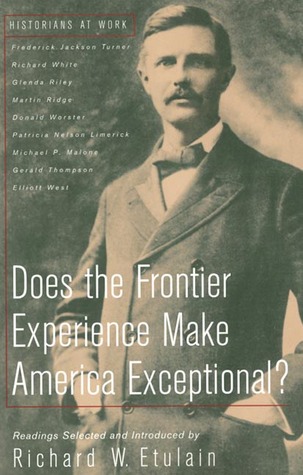 We’d love your help. Let us know what’s wrong with this preview of Does the Frontier Experience Make America Exceptional? by Richard W. Etulain.

To ask other readers questions about Does the Frontier Experience Make America Exceptional?, please sign up.

Be the first to ask a question about Does the Frontier Experience Make America Exceptional?

Start your review of Does the Frontier Experience Make America Exceptional?

Apr 05, 2010 Chris rated it really liked it
Shelves: us-20th-century, us-19th-century, classic-period-texts
The shadow of Frederick Jackson Turner looms large. His 1893 essay on the frontier is arguably the most important piece of historical writing produced by an American. Here's another place to read it again--and it deserves to be read again.

H The shadow of Frederick Jackson Turner looms large. His 1893 essay on the frontier is arguably the most important piece of historical writing produced by an American. Here's another place to read it again--and it deserves to be read again.

Here is the table of contents:

1. How was the idea of the "frontier" born?
Frederick Jackson Turner, The Significance of the Frontier in American History

2. How has the idea of the frontier shaped our imagination?
Richard White, When Frederick Jackson Turner and Buffalo Bill Cody Both Played Chicago in 1893

3. Whose frontier is it?
Glenda Riley, Frederick Jackson Turner Overlooked the Ladies

4. Is the frontier idea still valid for the twenty-first century?
Martin Ridge, The Life of an Idea: The Significance of Frederick Jackson Turner's Frontier Thesis

6. How should we interpret the frontier/West?
Patricia Nelson Limerick, Michael P. Malone, Gerald Thompson, and Elliott West, Western History: Why the Past May Be Changing ...more

Jan 29, 2011 Matthew Hurley rated it really liked it
Shelves: history, non-fiction, school-books
All right, so I may have skipped an essay or two, but I read what was assigned. I'll probably look over the others later, but what I read was intriguing. I came down on the more Turnerian side, probably reacting to the over-reactionary anti-Turnerians. I think Turner has a valid analysis, but one which never should have been taken to the extremes it was. Still, I buy into the significance of his frontier thesis more than some.

Jan 22, 2012 Brian rated it liked it
Yes, I read the whole thing and I liked it not so much for the historic implications but for the mechanics of the debates. Seeing Worcester take on Turner was fun. I probably wouldn't have enjoyed this book if it weren't for my teacher (and incidentally the chapter on women is very clearly part of the 80s history movement).

Mar 31, 2014 Elizabeth rated it really liked it
Shelves: history, us-history
The essays in this book are invaluable for students as it helps put the Frontier Thesis into perspective. While Turner was a progressive and some of his ideas are rather limited, the Frontier Thesis was accepted as-is for nearly 100 years. The other essays in the book clarify and build on Turner's ideas as well as introduce other ways of looking at the American West.

Dec 08, 2014 Amber rated it it was amazing
Shelves: library-vegas, the-west, phd-program
Everyone who has gone to an American school has heard of the Turner frontier thesis - that is the idea that the American frontier closed in 1890 and so did a significant part of American history. I never actually read Turner's essay, so I was glad to find it inside this book along with other essays about this particular idea.

Mar 23, 2012 Chris rated it really liked it
Shelves: books-i-had-to-read-for-class, history
Turner's thesis is an incredible achievement. Unique ideas and exceptional ideas lead to growth in frontier history. This book does a great job explaining the criticisms of Turner's thesis while still explaining the things he has done so well. Overall this is an easy read and will provide its readers with a unique perspective on the history of the west as well as the criticisms of Turner.

Jan 24, 2011 Christopher rated it liked it
Well-organized with good essay selections (excepting the Riley one). It makes the reader think in all the right ways.

Jennifer Polopolus-meredith rated it it was amazing
Aug 22, 2014 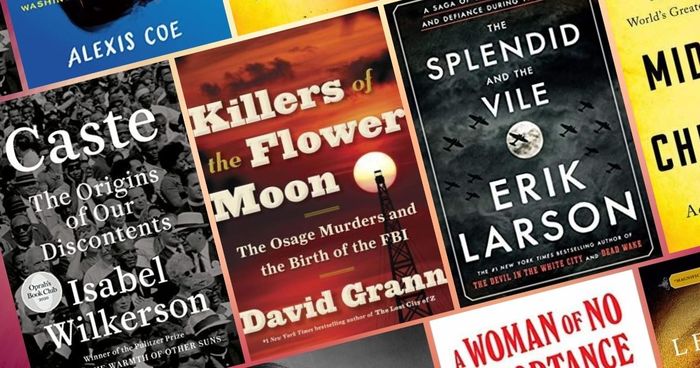 Readers’ Top Histories and Biographies of the Last 5 Years
There is nothing like reading a history or biography book and being so completely transported to another time and place that you find...
Read more...
46 likes · 16 comments

Trivia About Does the Frontier...