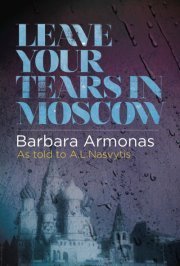 Leave Your Tears in Moscow

4.34
76 ratings10 reviews
Rate this book
The story of a 22 year fight to reunite a family exiled in Siberia.

4.34
76 ratings10 reviews
5 stars
45 (59%)
4 stars
14 (18%)
3 stars
15 (19%)
2 stars
2 (2%)
1 star
0 (0%)
Displaying 1 - 10 of 10 reviews
Kerry
1,425 reviews58 followers
October 12, 2014
Leave Your Tears in Moscow is a simple book on first impression. Barbara Armonas' narrative is almost stoic, but deep pain and a sense of tragedy are felt behind the stoicism. Many stories from those who survived the trying circumstances of WWII and the oppressive regimes that formed in its aftermath have a "just the facts" type of tone (The Pianist is one that comes to mind)--the narrator lets the horror of the events speak for themselves; emotional embellishment isn't necessary. It isn't until the end of the book that Armonas reveals some of her feelings: these revelations come at a point in her tale where she is finally "safe" enough to feel something after she escapes the 2-decade trial as a deportee and a mother with a young son who she can only protect and keep with her through using her wits.

Truthfully, one of the most powerful aspects of the book is that it presents situations totally foreign to most modern readers and allows them to "fill in the blanks" about what Armonas might have been feeling at the time. The pain and fear that would accompany the parting of daughter and husband in war time; the frustration of being married to an American citizen and yet the American Embassy unable or unwilling to help; the surreal nature of state terror and control; the worry over surviving one more day and keeping a young son healthy and safe; the weight of knowing that all hope may be futile but facing the alternative of a life of hopelessness.

Armonas' story is told through the lens of Lithuanian culture, and indeed it is cultural and community connections that make an impression throughout her experience. She does not encounter only other Lithuanians in her forced journey through Siberia; she encounters neighbors and acquaintances and meets with individuals she knew at earlier moments during her exile. Throughout her experience, finding and making alliances with other Lithuanians is integral to her navigation of the sickening Gulag system. It seems that the Lithuanians tried to "stick together" as much as possible even while being scattered throughout labor camps in Russia's east.

Another interesting aspect of Armonas' tale is her ability to remember kindness. Though the book is overwhelmingly sad and desperate, Armonas' recalls the generosity or fairness of guards or camp commandants. It would be understandable if she sweepingly criticized the entire system and everyone working for it, but she does not generalize. She treats each fellow inmate, each official as an individual, judging him or her based upon actions rather than nationality, ethnicity, or political affiliation. This element emphasizes her strength of spirit and ability to think about her experience critically.

A reader might feel the unfairness of Armonas' deportation and treatment and sympathize with how much she was robbed of by the Soviet state: her health and youth, her role as a mother and wife, her right to basic necessities and freedoms. And while Armonas' finally admits to feeling the depth of her misfortune, through her retelling of the events that happened to her, she impresses with her continual ability to pick herself up, dust herself off, and keep going no matter what. The idea of finding a way (somehow) through murky water is still an element of culture in the region, and whether this quality helped Armonas and others or if it was born of the hardships they faced, it continues to strike outsiders, along with the "sticking togetherness" of helpful people, as a characteristic to be admired and learned from.

Ejayen
495 reviews7 followers
August 11, 2019
Wow, definitely a book people who think socialism is good should read. It is sad and moving.

Canadian Reader
1,030 reviews
July 9, 2012
An important document, Armonas's memoir of her eight years of deportation and time within the Soviet gulag (in Siberia) is one of the few accounts of what happened to Lithuanian citizens who were uprooted by Stalin's brutal machinery. Written many years ago, the book could do with some light footnoting to clarify some of the apparatus of the Soviet state for present-day readers. One wonders how anyone could've survived the hardship. It would be interesting to know how Armonas, who was married to a Lithuanian-American, fared upon her return to America. Perhaps even more interesting would be the story of Armonas's son who was "raised" in the gulag and in children's homes in Siberia, and often separated from his mother. The havoc the Soviet state wreaked upon the family is practically impossible to calculate.

Matt
5 reviews
July 25, 2021
This is a simple read yet far from simplistic. I’m generally not a fan of memoirs as they tend to exude self-importance. There’s a solid balance here - the author’s story is framed as small in the grand scheme of the greater persecution, yet that limited scale heightens the impact. Big changes often begin with helping individuals, as this story shows.
Kelli
99 reviews1 follower
July 13, 2021
I mean no disrespect whatsoever when I say this book isn’t particularly well-written. It has no flowing language or metaphors. It’s blunt. It’s somewhat disorderly with the timeline. In places, it is very detailed when detail seems irrelevant, and it’s sometimes vague when you really want to know more. But it deserves 5 stars because it is a real person’s story. It’s ugly and horrible and not a pleasure to read, but it needs to be read!

People living in America today know very little about what Russia was like at the end of WWII and after. I feel like I’ve only scratched the surface after having read this book, which I discovered because of Ruta Sepetys Between Shades of Gray—another I would highly recommend. 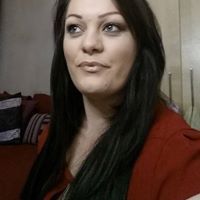 As a great granddaughter of Lithuanians this story resonated with me. Barbara tells it wonderfully. I am so pleased she was reunited with her family and so sorry for their lost years.
Diana
536 reviews11 followers
July 6, 2018
An important book for anyone of Lithuanian heritage to read - or anyone interested in the history of eastern Europe.
Cindi
310 reviews
July 4, 2018
Memorable. Sad.
Daisy
1,111 reviews52 followers
Want to read
October 31, 2012
I just found this copy at my library in a bin of books marked For Free.