Goodreads helps you keep track of books you want to read.
Start by marking “Children of the Troubles” as Want to Read: 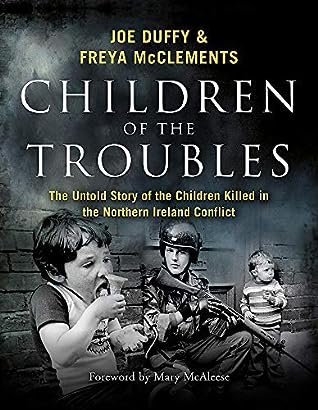 We’d love your help. Let us know what’s wrong with this preview of Children of the Troubles by Joe Duffy.

Preview — Children of the Troubles by Joe Duffy

Children of the Troubles

Nine-year-old Patrick Rooney loved horror movies and Hallowe'en, and wanted to be a priest when he grew up. Instead, on 15th August 1969, he became the first child killed as a result of the 'Troubles' - one of approximately 190 children who would die in the conflict in Northern Ireland.

Nine-year-old Patrick Rooney loved horror movies and Hallowe'en, and wanted to be a priest when he grew up. Instead, on 15th August 1969, he became the first child killed as a result of the 'Troubles' - one of approximately 190 children who would die in the conflict in Northern Ireland.

From the teenage striker who scored two goals in a Belfast schools cup final to the aspiring architect who promised to build his mother a house, to the little girl who never got her first taste of peanut butter, Children of the Troubles tells the previously untold story of Northern Ireland's lost children and the lives that might have been.

"They took a child off the road, put his hood over his head and murdered him. I think the world should know these things." Maureen Rafferty, mother of Philip Rafferty

Based on original interviews with more than 100 families, as well as extensive archive research, this unique book includes many children who have never been publicly acknowledged as victims of the Troubles, and draws a compelling social and cultural picture of the era.

Much loved, deeply mourned, and never forgotten, Children of the Troubles is both an acknowledgement of and a tribute to young lives lost.

To ask other readers questions about Children of the Troubles, please sign up.

Start your review of Children of the Troubles

When I first received this book, I got the inevitable over and done with -- I flicked to the entry for a friend of mine, beaten to death simply for being Catholic. We were all 14 or 15 years of age. His death changed everything I knew about the situation where I grew up: it was no longer something that happened in the background, or that the adults discussed in low voices, or that reached me from the TV in snatched moments of overhearing the news. I had grown up being told it was better now, that it was getting better all the time -- gone were the days of my early childhood, where my mother would snatch me up from the back garden and bundle me into the house to the sound of gunshots, or going with my parents to bombed-out shops to buy fire-damaged merchandise on discount. All of this cautious hope our parents had for my friends and I -- that we wouldn't experience this kind of horror -- was destroyed when Michael died. I remember feeling stunned for months. I remember wondering why it had happened, even though I knew what things were like in that country; what they had been like for decades. Suddenly everything was real, not just a way of life but something that could affect it as well, brought out of the background and into the present in complete and terrible clarity. A few months after Michael's death my parents needed to go to the town where it had happened for some shopping, and as we drove past the pizza place where he got his last meal, I broke down. I was unable to leave the car once we arrived at the shops; my parents brought me home, and I never set foot in the town again.

It is an incredibly surreal feeling to hold a book like this and look down at a picture of a person who isn't just a name or a statistic; knowing that he was included with all these other names brought home both the scope of grief contained in this book and the care and empathy shown in the telling of these stories. The Troubles often feel to me like some kind of strange nightmare -- growing up I accepted it all as normal, even as I knew that it wasn't. It was a way of life, it was just how things were, and how they had been for my parents as well. There was nobody around me who remembered a time before it was like that, and only when I moved away from Ireland for university did I realise just what an unusual upbringing I had. I was also shocked to find that outside of Ireland, barely anybody knows much about it at all. The fact that I carried with me this kind of background, and the loss of a friend when we were all only 15 years old -- all because of a situation that began decades before our birth -- was suddenly shocking to me. It's a relief to know that there are people out there dedicated to bringing these stories to light; that there's a account of this, proof that it happened and that every one of these victims were people who were loved and who were real. ...more

Nov 09, 2019 Dervla rated it it was amazing  ·  review of another edition
Heartbreaking.

Jul 05, 2020 Deirdre rated it really liked it
A painfully powerful book where children murdered in the North of Ireland many by the state become so much more than grim statistics

Joe Duffy
0 followers
Joseph "Joe" Duffy is an Irish broadcaster employed by Raidió Teilifís Éireann (RTÉ). He is the current presenter of Liveline, an interview and phone-in chat show broadcast on RTÉ Radio 1 on Mondays to Fridays between 13.45 and 15.00.

There is more than one author with this name on Goodreads. See also Joe Duffy.

Joseph "Joe" Duffy is an Irish broadcaster employed by Raidió Teilifís Éireann (RTÉ). He is the current presenter of Liveline, an interview and phone-in chat show broadcast on RTÉ Radio 1 on Mondays to Fridays between 13.45 and 15.00.

There is more than one author with this name on Goodreads. See also Joe Duffy. 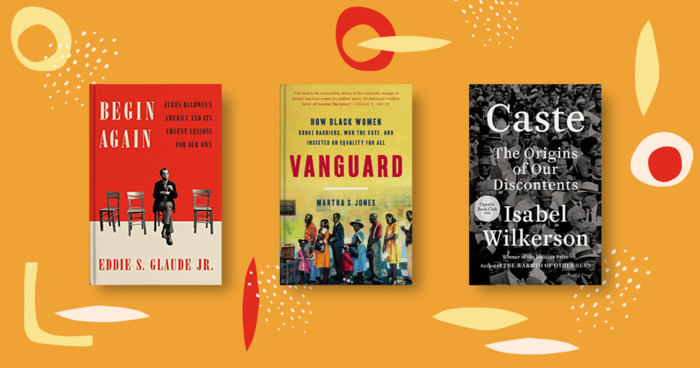 New African American Histories and Biographies to Read Now
Martin Luther King Jr. once said, “We are not makers of history. We are made by history.” So, this January, as we celebrate Martin Luther King...
Read more...
40 likes · 14 comments

Trivia About Children of the T...