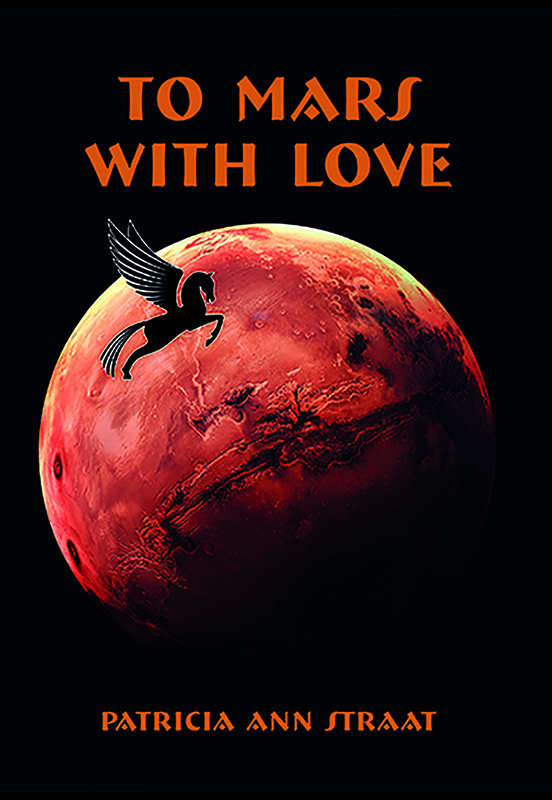 To Mars With Love

5.00
4 ratings2 reviews
Rate this book
To Mars With Love is the story behind the Labeled Release experiment, one of three life detection experiments on the 1976 Viking Mission, the first spacecraft to land successfully on Mars. Patricia Ann Straat was Co-Experimenter of the LR, intimatly involved with its development prior to the Mars landing and member of the Biology Flight Team during the Viking Mission. The controversial positive results of the LR have ben published many times, but the story of the development of the flight instrument with all its trials, tribulations and challenges has never before been told. This is the story of a huge team of scientists and engineers working tirelessly to overcome incredibly difficult obstacles, and of the surprising results obtained from Mars. The book also contains never-before-published photographs of Viking scientists, Viking memorabilia and humorous stories. A parallel thread follows the author’s equestrian activities through the Viking years, and their interplay with Viking. Together with the science and engineering narratives, the book presents a unique and personal view of Viking and the LR.

To purchase the book and learn more about the Author, visit https://www.tomarswithlove.com

1 book3 followers
Patricia Ann Straat was Co-Experimenter of the Labeled Release life detection experiment on the 1976 Viking Mission, the first spacecraft to land successfully on the surface of Mars, and a member of the Biology Flight Team during the Viking Mission. She was also team member of the Infrared Interferometer Spectrometer (IRIS) experiment on board the 1971 Mariner 9 Mission, the first spacecraft to orbit Mars.

Dr. Straat earned her undergraduate degree from Oberlin College and her PhD in biochemistry from Johns Hopkins University. After four postdoctoral years, she became an assistant professor in the Johns Hopkins School of Hygiene and Public Health (now known as the Bloomburg School of Public Health), after which she began her work on the Labeled Release experiment. Following the Viking Mission, she became a health scientist administrator at the National Institutes of Health, retiring in 2001.

She currently lives on her 10-acre horse farm in the beautiful Maryland countryside.

5.00
4 ratings2 reviews
5 stars
4 (100%)
4 stars
0 (0%)
3 stars
0 (0%)
2 stars
0 (0%)
1 star
0 (0%)
Displaying 1 - 2 of 2 reviews
Rachel
2 reviews
March 22, 2019
"To Mars With Love" reads like a captivating novel filled with science, engineering, and human challenges (faced and overcome), and amusing interactions with neighbors in the beach side community of LA. It is filled with interesting personalities, from Nobel scientists to equestrians of all ilk and form, and laced with personal experiences documenting the development of the biology investigation "Labelled Release" instrument and her own life as a young woman scientist in an era that was competitive but brought together the greatest minds to accomplish feats never before attempted. Her light style and intensity remind me of other favorite Authors such as Richard Feynman, winner of the Nobel Prize in physics, and Studs Terkel, oral historian extraordinaire. She is fascinating and inspiring, but presents her life as her work, in a detailed and objective manner, with wry humor that often only comes from the outside in. And yet its true! I want to see it in film!
Michelle
50 reviews2 followers
March 29, 2019
A fascinating, first-hand account of the life detection experiments conducted by the Viking Lander on Mars. The book is filled with tons of details about how the first experiments to detect life on Mars were designed and carried out. Interspersed with never before seen diagrams and candid pictures of the scientific team, the author also shares some very entertaining tales from her personal life, especially her adventures riding horses as a member of a local hunt club.

I never really thought about what was needed to design an experiment to be carried out on a planet millions of miles from the researchers, especially with the technology available in the 1970’s, but the author lays out the thought processes behind the experiments, and how the team dealt with all the challenges. She explains it in an easy to understand manner, and kept my attention all through the book.

I would love to see a movie made from this - sort of a ‘Hidden Figures’ meets ‘The Martian’!
Displaying 1 - 2 of 2 reviews