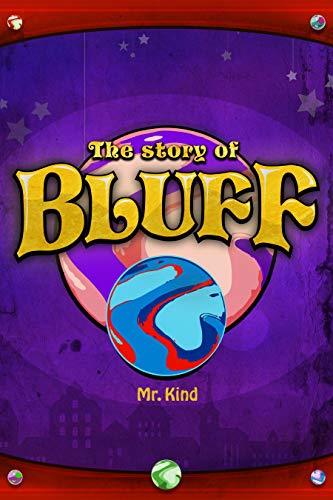 The Story of Bluff

3.84
19 ratings11 reviews
Rate this book
"There once was a man named Bluff who thought himself great at all stuff..."

Mr. Kind uses lyrical rhyme coupled with the marvelous graphic imagery of Zacc Pollitt to weave the tale of the once pompous Bluff who steals fun only to be brought down by the virtuous message delivered via a contest with a cryptic stranger and the light words of an earth angel, thus allowing the children to play and laugh again. These are the stories that last for generations.

Mr. Kind Stories are a YouthWide jubilation produced in association with Prove Nothing.

2 books11 followers
Mr. Kind uses an entirely unique lyrical rhyme coupled with the marvelous graphic imagery of Zacc Pollitt to weave the stories that last for generations:
With “four marbles, and a shooter quite fat,” a stranger teaches Bluff about the dangers of arrogant boasting; in The Tree we learn how the bird came to sit on the rhino’s head; King of the Moon outlines Clyde’s otherworldly journey all for the sake of friendship; and with The Princess and The Stool it is made very clear that the greatest of hero will many times come in the smallest of packages.
Spectacularly illustrated with read aloud rhythm, Mr. Kind Stories are a YouthWide jubilation produced in association with Prove Nothing.

A fable is a short story that teaches a lesson or moral, which people, especially kids can use in everyday life. “The Story of Bluff” by Mr. Kind is that kind of story.

Mr. Bluff was a man who thought he was the best at everything and ran around town making sure that everyone knew it. The bragging got so bad, that it took all the fun out of playing. Until one day a great crack formed in the ground, and out of the purple mist came a man to challenge Mr. Bluff. Which is where the moral of the story comes in.

The pages had brightly colored illustrations, that went along nicely with the story, so the reader could imagine what was happening. There was rhyming throughout the story, which we found difficult to read at times, as it would rhyme, then stop, then rhyme again so sometimes the story didn’t have that flowing feeling when you read it.

My sister and I were able to understand what the book was trying to tell us. That the moral of the story is, everyone is equal, and bragging can hurt people’s feelings. We liked how the author wrote about the earth angel and how he described her as, “someone who smelled like fudge brownies, out of a bakers bowl.” The part we did not like in the book was, even though Mr. Bluff was not kind, the kids on the roof should not have called him names or made him cry. It was not a good way to teach Mr. Bluff what he did was wrong.

“The Story of Bluff” by Mr. Kind was a fun, unusual, and brightly colored story, that teaches people a valuable lesson. We can think we are really good at something, but that does not allow us to make other people feel bad. We think this is a good book to teach people to be kinder to others.

Share this:
Yare Espinoza
36 reviews4 followers
March 17, 2019
I won this book in a Giveaway here on Goodreads and my review is my honest opinion about the book.

I greatly enjoyed this book. My daughter absolutely loved the illustration of the book. She is a little too young to grasp the message of the book but I thought the it was written in a way that it flowed beautifully.

The short story is written in rhyme and the message is to be humble. Don't boost and taunt other about your accomplishments because there can always be someone the is better than you.

ACR
1 review
February 17, 2019
This is a great book with lots of hidden meaning, like a good Disney pic. The message (don't be an arrogant jerk) is delivered bluntly with vivid animation, a little dark at times, in a way that hits home with any age. I would mark this up as a new classic and am very curious to see what comes.
Marcus T.
1 review
February 17, 2019
I heard about this book and saw the reviews on the Amazon page. Someone compared it to Dr. Seuss so I had to check it out for my little ones. Nothing compares to the original, but this sure is close and fun to read to the kids.
Stephanie
Author 1 book3 followers
March 29, 2019
Good moral

I liked the moral of the story, and it would be a quick and fun read to children probably kindergarten age.
Mary
2,320 reviews
March 30, 2019
Throughly enjoyed the storyline
Courtney
4,222 reviews
February 5, 2019
Okay

I thoroughly enjoy reading these type of children books, for they always teach my children an important life lesson in a simple and easy way that they can understand. It's important for children today to have morals, and the only way that they will obtain them is if they are taught from a young age.

Barbara Ann
Author 17 books173 followers
June 16, 2019
This rhyming tale relates the story of Mr. Bluff, who looks down on everyone. He travels the town with his precious marbles contained in a gold box tied with a red ribbon. He bullies and challenges everyone he meets. One day a crack opens in the earth and through the purple mist, a man dressed in a yellow suit appears and challenges Mr. Bluff to a game of marbles. Mt. Bluff is disconsolate with the outcome of that game. Now the whole town sees him for what he is. A brown angel materializes from down under the earth to give him the message that no matter how great we think we are, there is always someone better.
This book is targeted for a kindergarten through high school audience. I believe that young children will be confused by the plot and characters. The illustrations are somewhat overpowering for a young child. Some of the rhymes don’t quite hit the mark. This book is better suited for a reader in the eight to twelve-year-old age range. 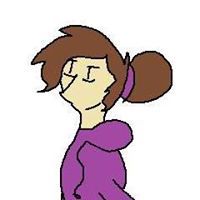 While I believe the story is fine and teaches a good lesson to kids there is just one small thing that I find really jarring and that is the illustrations in this book they are very uncanny and might scare a child especially the way Bluff looks is just very creepy. However if you have a child who is into creepy imagery go give this book a read then.
C
1,162 reviews
March 18, 2019
I received this e-book free through Goodreads First Read.

A good message and a quick story. I just wonder how many kids still play that marble game.