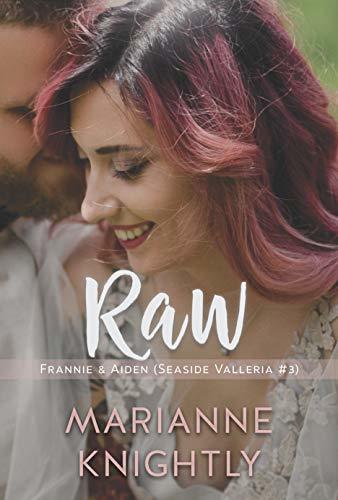 4.60
10 ratings2 reviews
Rate this book
One kickass chef.
The critic who nearly destroyed her career.
A love neither of them expected.

Frannie has spent years searching for herself. She’s tried ten different names so far (because why should she be saddled with Frannie just because her parents chose it?) and her latest, Jasmine, just might stick. Despite her insecurities, she’s always been confident about her abilities in the kitchen. She is a chef extraordinaire, thank you very much, and she won’t have anyone tell her different. Especially not some stuffy customer who doesn’t appreciate her work, even if he is tall and sexy and a loving father to boot.

Aiden is a stickler for privacy, so much so that he uses a pseudonym for his work as a famed restaurant critic. He’s received threats from irate chefs before and he doesn’t want anyone to know who he really is, especially since he has a son to protect.

During his working visit to a local pub, the Seashell, his life erupts. His ex barges in and decides it’s time he takes full custody of their son so she can go off on another flighty adventure. In the midst of the dramatic scene, it’s Frannie who comes to his rescue.

Frannie who comforts his son, while he deals with his ex.

Frannie who captivates him, and it’s Frannie’s food he loves.

And it was Frannie’s food years ago that he decimated in the paper.

So, he can’t tell Frannie who he really is, because he and his son could risk losing her forever.

Then she finds out, and all hell really breaks loose.

***
Welcome to Valleria, a country nestled along the Mediterranean. Whether it’s the small towns or larger port cities, you’re sure to find a friendly face—or more—along Valleria’s seaside shores. Far from the politics of the palace, follow this group of friends as they find love, support each other, and perhaps even meet a royal or two at the local Masillian pub, the Seashell.

35 books139 followers
MARIANNE KNIGHTLY is the pen name for the author of over twenty novels and novellas of sexy, soulful contemporary romance and romantic suspense. She is most well known for her Royals of Valleria series, a contemporary royal romance series with a hint of suspense set in her fictional country of Valleria.

To get a FREE Royals of Valleria short story, sign up for her newsletter here: www.marianneknightly.com/newsletter. You'll also get excerpts, author news, and news about sales and contests first.

Seaside Valleria book 3. Delightfully written. A story of identity, love and forgiveness. This is Frannie and Aiden story with plenty of drama and WTF moments. Passionate and angsty.
Laura Danielle
396 reviews4 followers
February 25, 2019
The story was amazing. I love getting to learn more about each characters life.
Displaying 1 - 2 of 2 reviews