Goodreads helps you keep track of books you want to read.
Start by marking “Disappearing, Inc.” as Want to Read: 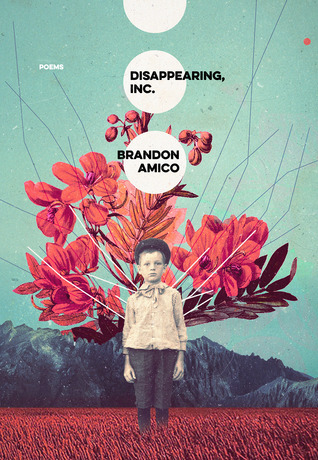 We’d love your help. Let us know what’s wrong with this preview of Disappearing, Inc. by Brandon Amico.

"Brandon Amico's use of language is ecstatic. His lines rattle with wit, uncanny phrasing, up-to-the-minute diction, and a mischievous voice that both astonishes and consoles. The linguisitc exuberance in Disappearing, Inc. echoes our relentless times."
—Eduardo C. Corral

"Brandon Amico's debut collection orbits a dark star that burns with questions of money, value, worth. The gravity of consequence is fierce in these urgent poems; their concurrent menace and vulnerability is uniquely unsettling"
—Karen Solie

"Disappearing, Inc. is an important book, a collection of poetry that so fully immerses itself in our particularly insidious, yet seductive, capitalist moment that it writes both of and from it. Commerce, branding, and the endless supply of information and misinformation have become relentless, and Amico skillfully mirrors that overwhelm with his deft use of rhythm and line."
—Lynn Melnick

"If Karl Marx had worked the Catskills, he might have sounded like this. How might we live differently? these poems wonder, with ache and tender imagining, offering us the reminder that punchlines punch, and we are left breathless."
—Michael Bazzett

"Readers of Brandon Amico’s debut book can’t help but buy into his wit, his keen eye for the insidious in the everyday, his understanding of loneliness in a throng, his attention to language. Both timely and tomorrow, a critique of what American society is selling and our complicity in the sale."
—Karen Skolfield ...more

To ask other readers questions about Disappearing, Inc., please sign up.

Be the first to ask a question about Disappearing, Inc.

Start your review of Disappearing, Inc.

Aug 07, 2019 Patricia Murphy rated it it was amazing
Shelves: poetry
I'm so taken, here, with the declarative sentences, and the relentlessness that mirrors our American life.

Some of my favorite moments:

For every new marriage, there is an equal and opposite divorce.

I am not alone in the brotherhood
of failing to be better.

Let us dress for ceremony and its scaffolding

I am dressed as an ineffectual god.

May 04, 2019 Jennifer Pullen rated it it was amazing
Clever, incisive and honest. A fantastic collection!

Feb 20, 2019 Ellie White rated it it was amazing
This collection is haunting. The poems are well-crafted with a distinctive voice that seems both manic and deeply cynical. Amico does an excellent job of capturing the present moment in all its sensationalized, introverted, anxious glory.

Jan 01, 2019 Alyse Bensel rated it it was amazing
These poems are both hilarious and dark, featuring speakers who deftly craft riddles that no one really wants to know the answer to: guns are ubiquitous, social media runs the show, and capitalism has the last laugh. But Amico's debut collection is more than its wit. The poems pull back the curtain behind American culture's obsession with carefully crafted persona and horrific tragedy by acknowledging the need to endure by, at the very least, attempting to heal the world.

Dec 05, 2018 Ally rated it it was amazing
This collection is magic! Amico delves into the caverns of the mind, excavating the roots of our ever evolving dystopian society. Riddled with luminescent language and a fervent passion for the human spirit, Disappearing Inc. will expand your psyche into the beyond.

Brandon Amico
12 followers
Brandon Amico is a writer whose debut collection of poems, DISAPPEARING, INC., was published in March 2019 from Gold Wake Press.

He is a 2019 National Endowment for the Arts Creative Writing Fellow as well as the recipient of a North Carolina Arts Council Regional Artist Grant and the Hoepfner Literary Award for poetry, awarded by Southern Humanities Review. His poetry can be found now or soon in j

Brandon Amico is a writer whose debut collection of poems, DISAPPEARING, INC., was published in March 2019 from Gold Wake Press.

He is a 2019 National Endowment for the Arts Creative Writing Fellow as well as the recipient of a North Carolina Arts Council Regional Artist Grant and the Hoepfner Literary Award for poetry, awarded by Southern Humanities Review. His poetry can be found now or soon in journals including The Awl, The Adroit Journal, Blackbird, Booth, Copper Nickel, The Cincinnati Review, Diode, Hayden’s Ferry Review, Hunger Mountain, Kenyon Review, New Ohio Review, Sixth Finch, Slice, Waxwing, and Verse Daily, and his reviews have been featured by 32 Poems, AGNI Online, The Los Angeles Review, Mid-American Review, The Rumpus, and Southern Humanities Review. 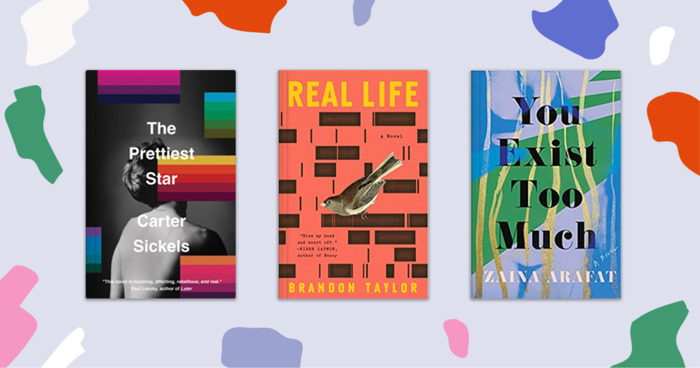