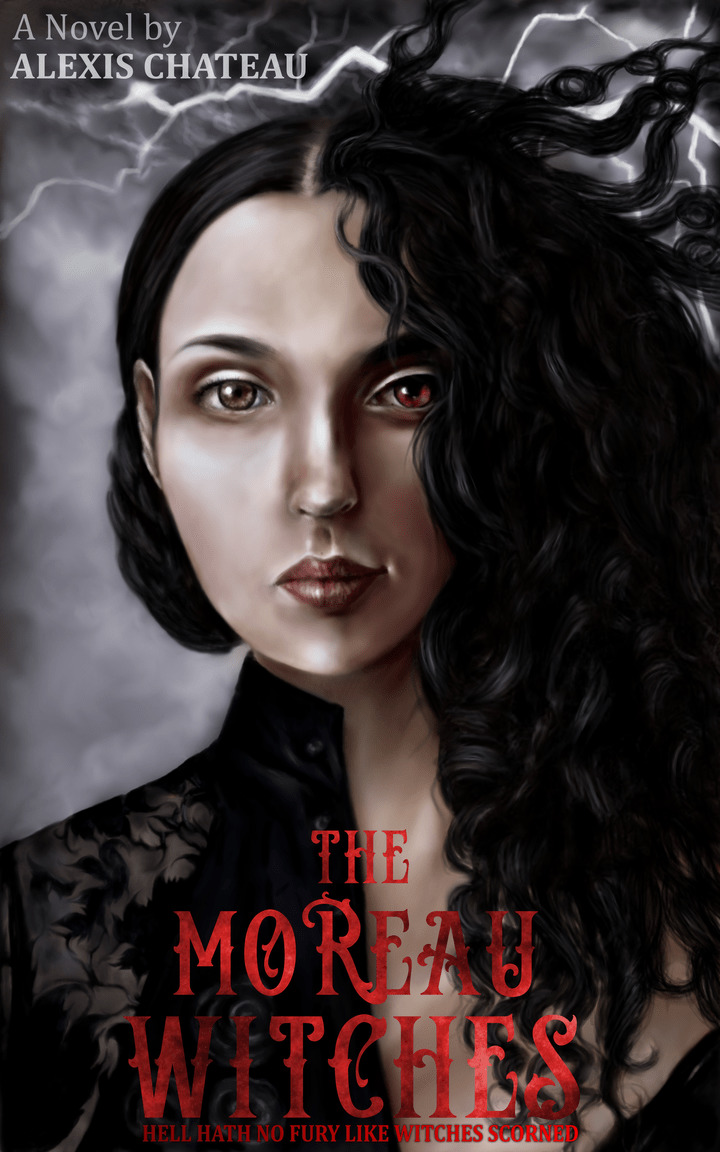 4.85
13 ratings8 reviews
Rate this book
Blessed with the power of foresight and healing, the noblewomen of the Moreau Matriarchy have been called witches for generations. From the city of London to the countryside in France, they are as feared as they are revered.

The youngest of the Moreau line is Madeleine, a brilliant scholar who believes in logic and science. Unfortunately for the wealthy heiress, she has inherited her grandmother's clairvoyance: a gift she views as a curse. But, when she foresees her mother’s death at her father’s hands, it is the one vision she cannot ignore.

1 book12 followers
Alexis Chateau is a Jamaican author of mystery, paranormal, and crime fiction. Follow her non-fictional tales of trials and triumphs at www.alexischateau.com.

4.85
13 ratings8 reviews
5 stars
12 (92%)
4 stars
0 (0%)
3 stars
1 (7%)
2 stars
0 (0%)
1 star
0 (0%)
Displaying 1 - 8 of 8 reviews
Rosetta Yorke
26 reviews94 followers
November 6, 2018
The Moreau Witches had me hooked right from the start! Its vivid and powerful Prologue plunged me straight into the heart of the drama – I was there with Maria, staring up in anguish at her mother’s body swinging on the makeshift gallows. Maria’s burning desire for revenge sets the whole story in motion, with consequences that reverberate down through the lives of her descendants – aka ‘the Moreau Witches’ – in the following century, and especially the main character, Madeleine's.

Madeleine, like her predecessors, walks a fine grey line between good and evil and, in her case, between a love of science and the pull of witchcraft. She is strong, confident, impulsive and fiercely loyal, but has her father’s temper and a potentially disastrous habit of speaking her mind in the face of injustice. Her strengths and realistic flaws soon won me over and had me caring deeply about what happened to her and those she loves.

The Moreau Witches is a traditional Gothic Horror novel with a fast-paced plot that moves from C18th Haiti to C19th France and England. Its dark tone and melodramatic atmosphere are heightened by the effective use of symbolism, superstition, and sinister visions that foreshadow betrayal and murder. The themes of Loyalty and of Freedom – the plight of slaves and the poor, and the rights of women to education & inheritance – are subtly woven into the narrative and resonate throughout the book. All such historical aspects have been meticulously researched by the author and add a richness and depth to her writing. There are several romance strands running through the story; these formed some of my favourite scenes.

I thoroughly recommend The Moreau Witches. Even though, in my role as its British Editor, I have read the story many times and now know exactly what’s coming next, I still find it a satisfying and exciting read. In my opinion, this story is ideal for anyone 16 years and older.

Eric Toye
4 reviews
December 24, 2018
Absolutely loved the book! Loved the characters, the relationships and the story. I had wished the book didn’t end. I loved the mystery in the story and how the writer made me want to turn each page fast to continue reading. I hope to read much more from her.
Dalton Richards
5 reviews
March 29, 2019
I’m in heat, lusting for more from this literary genius. I haven’t read a book since, The Book Thief, that has toyed with my emotion as much as the Moreau Witches.

What is your ultimate goal as a writer?
I would really, really, really love to have at least one book banned by the Catholic Church. That’s when I’ll know I have truly arrived.

Mek haste n reach
Tiffany S
2 reviews
December 14, 2018
I didn't want to out it down. The love, courage, and relationships are astounding and mesmerizing to me. Well written. Would read over and over and over again!
Tiffany Schoonover
2 reviews
March 20, 2019
The love, magic, romance, this book has it ALL. I adored this family and the magic they come from. Extremely well written. I read it almost every night. My toddler loves it too!
Ann Smarpat
1 review1 follower
November 25, 2019
I loved the story line and the way it was written. I love anything history and this book is written as a historical fiction. Great character development. Many twists and turns, this book will not disappoint. Very entertaining, hard to put down.
Alexis Chateau
Author 1 book12 followers
November 18, 2018
Naturally, I'm biased. I wrote this book myself, so nothing I say here is relevant! :)
Ruth
45 reviews2 followers
April 23, 2022
What a great fun suspenseful novel! Sprinkled with magic and hate and love…
Displaying 1 - 8 of 8 reviews