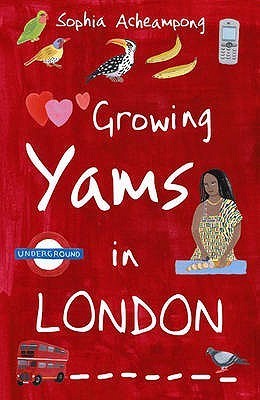 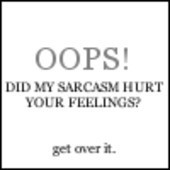 Ari
949 reviews41 followers
July 10, 2010
This was a very cute and fun read. As an American who is not entirely familar with British culture, I enjoyed being completely immersed in it. I gather that the GCSE is like a high school entrance exam? I do wonder if all the British bands mentioned were real or made up. Does anyone know? I loved how everyone says "All right?" in place of "hey" or "what's up".

The author did a good job with IMs and text messages. Sometimes authors include technology and it just doesn't work because they mix up what goes with what. Sophia Acheampong makes no such mistake and the IM conversations were particularly entertainig. One of my favorite parts of the novel was the emotional and family aspect of it. Makeeda isn't overly rebellious of her parents and Ghanian culture, but she does resist some of their rules. Her relationship to her parents felt authentic and I'm glad that her parents weren't ghost figures, they had an active presence in her life. Not only were her parents active, but Makeeda actually spent time with her younger sister, Delphina. Sometimes they get along, sometimes they don't. Their relationship was refreshing because while Makeeda is annoyed by Delphy, she doesn't hate her (too many times siblings in YA books only seem to hate each other). The reader isn't talked down to as the author talks about Ghanian culture, the explanation of Ghanian terms is very subtle, it comes from conversations or the context around it.

It seems obvious to the reader right away that Makeeda has two admirers. However, as the novel continues, I began to doubt if a certain someone really did like her, since he dated other people. I was suspicious about DJ Nelson for most of the novel and I didn't always buy their relationsip, it just seemed odd. I also thought her teacher's resistance to Makeeda researching Yaa Asantewaa (A Ghanian Queen) was puzzling. That particular storyline did not go where I thought it was going and I wasn't satisfied with the result.

Makeeda is a funny, sometimes awkard main character. She is someone that everyone can relate to, especially in her struggles with her parents, and in trying to juggle school, friends and her slowly blossoming love life. All the characters are well developed and a lot of fun to read it (especially Nelson's friends and Makeeda's best friend Bharti). I look forward to learning more about them. I'm eager to start reading the sequel to see what's next for Makeeda and to learn is her little sister was able to grow yams in London :)
Selan
77 reviews1 follower
March 14, 2016
At first glance when I picked this up, I thought that it was going to be a trashy girl-meets-boy romance. Well...it is, really. However, it's different in that the main characters comes from a Ghanaian family and that you get to learn about their culture throughout the book.

To be honest, after reading the first 6 chapters I still hadn't learned a single thing about Ghanaian culture, aside from the MC's mum being strict about when she should get a boyfriend. It could have been my family. You have to wait for 10 chapters before they tell you about anything cultural, and that's halfway through the book.

That being said, this is an okay book. I didn't get much out of it, and the girls spend 90% of the time talking about boys and have only a small amount of development. I wasn't really interested in the MC's boyfriend at all, since her other friend seemed much more likeable.(Seriously, what kind of guy has his friends ask him to talk about his ex...whilst his current girlfriend is sitting right next to him?) Still, all of the female characters were pretty well-written and believable, and the MC is quite relatable.

Near the end of the book, it turned into quite a drama fest. Literally a soap opera. The girls were breaking up their friendships because of other boys, or other friends, or for stupid reason, or disliking another girl...I didn't really feel moved by any of it. There are no real problems with the story, other than what you usually get in this kind of book, but this isn't really my demographic.

The author could probably do with some more description, but one thing I liked was that they mentioned parts of London where are where I live and that I recognised. Also, they mention MSN! This was written back in 2006, after all.

The characters were quite engaging and you actually cared about them a bit, so gave this 3 stars.

Nana Fredua-Agyeman
165 reviews31 followers
November 2, 2012
The proportion of Ghanaian writers, both at home and in the diaspora, are incomparable to countries like Nigeria, whose authors have become household names, names we throw about in every literary discussion, names like Achebe, Soyinka, Okri, Chimamanda, Elechi Amadi, Buchi Emecheta and others. If there are few Ghanaians involved in the art of weaving words into novels, there are fewer - in fact, they could be counted on the fingers of one hand - whose writings are directed towards the youth or who dabble in the type of books commonly referred to as Young Adults. And I can count only one name: Nana Brew-Hammond whose Powder Necklace was reviewed here. Today, another check-box has been ticked and a new name added.

Sian Cancea
30 reviews1 follower
January 21, 2013
I read this book several years ago so writing an up to date account of it is tricky. I remember it evoking a lot of nostalgia as much of the setting took place where I grew up. I remember it being insightful and informative about Ghanian traditions. I also love how Sophia references the use of MSN instant messenger... although the book isn't that old, with the change in technology msn seems like a lifetime ago!
Displaying 1 - 5 of 5 reviews