Goodreads helps you keep track of books you want to read.
Start by marking “Embattled River: The Hudson and Modern American Environmentalism” as Want to Read: 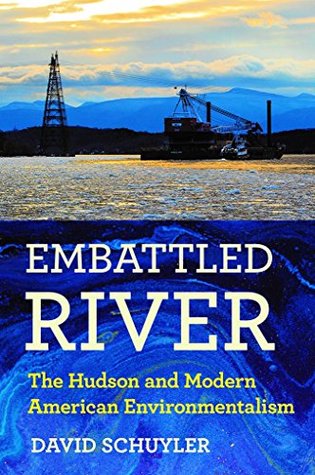 We’d love your help. Let us know what’s wrong with this preview of Embattled River by David Schuyler.

In Embattled River, David Schuyler describes the efforts to reverse the pollution and bleak future of the Hudson River that became evident in the 1950s. Through his investigative narrative, Schuyler uncovers the critical role of this iconic American waterway in the emergence of modern environmentalism in the United States.

In Embattled River, David Schuyler describes the efforts to reverse the pollution and bleak future of the Hudson River that became evident in the 1950s. Through his investigative narrative, Schuyler uncovers the critical role of this iconic American waterway in the emergence of modern environmentalism in the United States.

Writing fifty-five years after Consolidated Edison announced plans to construct a pumped storage power plant at Storm King Mountain, Schuyler recounts how a loose coalition of activists took on corporate capitalism and defended the river. Led by Scenic Hudson, later joined by groups such as Riverkeeper, Clearwater, the Hudson River Valley Greenway, and the Hudson River Valley National Heritage Area, the coalition won the first of many legal and publicity battles that would halt pollution of the river, slowly reverse the damage of years of discharge into the river, and protect hundreds of thousands of acres of undeveloped land in the river valley.

As Schuyler shows, the environmental victories on the Hudson had broad impact. In the state at the heart of the story, the immediate result was the creation in 1970 of the New York State Department of Environmental Conservation to monitor, investigate, and litigate cases of pollution. At the national level, the environmental ferment in the Hudson Valley that Schuyler so richly describes contributed directly to the creation of the Environmental Protection Agency in 1970, the passage of the Clean Water Act in 1972, and the creation of the Superfund in 1980 to fund the cleanup of toxic-dumping sites.

With these legal and regulatory means, the contest between environmental advocates and corporate power has continued well into the twenty-first century. Indeed, as Embattled River shows, the past is prologue. The struggle to control the uses and maintain the ecological health of the Hudson River persists and the stories of the pioneering advocates told by Schuyler provide lessons, reminders, and inspiration for today’s activists.

To ask other readers questions about Embattled River, please sign up.

Be the first to ask a question about Embattled River

Start your review of Embattled River: The Hudson and Modern American Environmentalism

I enjoyed the photos, some showing power plants, others designs of plants, while people and water sports also feature. Particularly nice was 'daylighting' the culverted Saw Mill River at downtown Yonkers. Suddenly downtown had a linear park with a river walk.

Scenic Hudson is a group which has bought up much riverfront property to protect it; now this land is threatened by rising waters and climate change. Consequently the group is planting many trees. Riverkeeper, and the Estuary Program, are also detailed. PCBs were among the toxins released into the river, working their way up the food chain. Nobody had thought of cleaning up the sediment behind the Fort Edward Dam before demolishing it. Hence came the requirement for a Superfund site to clean up the hazardous waste. Next came the potential hazard of crude oil spills.

This is a familiar story, from the Thames in London to Toms River in New Jersey; industry and spreading humanity want the cheapest, easiest way to be rid of waste, so chuck it in the river, regardless of human health or the needs of the natural ecosystem. The river then pollutes the sea, putting yet more livelihoods at risk. Regulation often follows public and media outcry. At the end the author is realistic about how far taxes have to go and how much residents can do. Jobs are a big incentive to ignore pollution.

"Riverkeeper and other organizations have demonstrated, time and again, that some governmental officals, from the EPA and the state DEC to mayors, local councilmen and woman, routinely protect polluters and subvert the public interest."

David Schuyler proposes some measures to safeguard the Hudson - still far from clean - and increase income from the area, for instance by tourism. I think he could have come up with more, but no doubt others are doing that work. I found this book readable, though Americans will be more familiar with the many names and locations given. Paragraphs are often long and packed, so this is not for school age people, but students of journalism, environmental sciences, electricity generation and city planning should put Embattled River high on their to-read list.

Notes P243 - 269 in my e-ARC. I found 30 names which I could be sure were female, increasing as the chapters came more up to date.
I downloaded an e-ARC from Net Galley. This is an unbiased review.

You may also be interested in:
Toms River: A Story of Science and Salvation
Beyond Control: The Mississippi River's New Channel to the Gulf of Mexico
Replenish: The Virtuous Cycle of Water and Prosperity
Marine Ecosystem-Based Management in Practice: Different Pathways, Common Lessons
Deadly River: Cholera and Cover-Up in Post-Earthquake Haiti
Mythical River: Chasing the Mirage of New Water in the American Southwest
This Changes Everything: Capitalism vs. The Climate
Connecting the Drops: A Citizens' Guide to Protecting Water Resources
What Has Nature Ever Done for Us?: How Money Really Does Grow on Trees
Glaciers: The Politics of Ice
Meltdown in Tibet: China's Reckless Destruction of Ecosystems from the Highlands of Tibet to the Deltas of Asia
The Price of Thirst: Global Water Inequality and the Coming Chaos
Indian Country
Saving Tarboo Creek: One Family’s Quest to Heal the Land
The Rights of Nature: A Legal Revolution That Could Save the World
Upstream: Searching for Wild Salmon, from River to Table
Brooklyn Bridge Park: A Dying Waterfront Transformed
...more

While the text is dense at times, it is very informative in providing details to the actions of the communities and organizations in the area have done to improve the quality of the Hudson River. Unfortunately PCB contamination is still a major problem, and the ever present development for housing or other commercial properties.

Personally I would have enjoyed a little more on the overall affect on the modern environmental movement. Quick notes were provided on how certain legislation was groundbreaking, and certainly much of the early lawsuits were very important. I also found the timeline at times a little confusing. Each chapter had a main focus and generally advanced in the time line, but that wasn't always the case and so it did make for the overall outlook a little unclear.

This is a good book for environmental studies, local government planners, and anyone who wants to learn more about local fights in making a better river for everyone to enjoy today and in the future.
...more 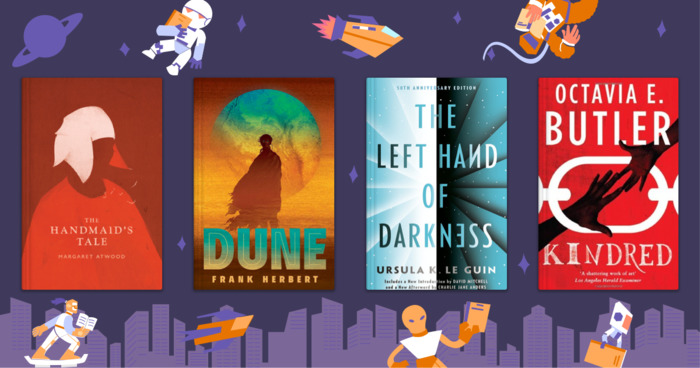 “Riverkeeper and other organizations have demonstrated, time and again, that some governmental officals, from the EPA and the state DEC to mayors, local councilmen and woman, routinely protect polluters and subvert the public interest.”
More quotes…