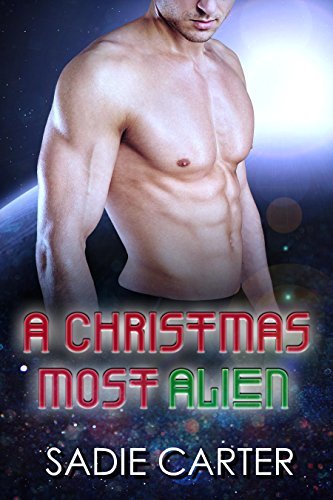 A Christmas Most Alien

4.13
129 ratings4 reviews
Rate this book
This isn’t your typical Christmas tale.
Not if you consider our hero crash-landing his spaceship, being taken captive by a warrior woman and dragged back to her lair a typical Christmas story.
Will he learn that wealth, power, and revenge aren’t as important as love?
No, screw that.
He’ll take the wealth, power, revenge, and the love too.

Please note: This novella was part of the Wicked Winter Tails Box set. It is set in the Zerconian world, but you do not have to read the other books to enjoy.

37 books347 followers
Best selling author, Sadie wanted to blend her love of writing, Sci-Fi (why did they cancel Firefly - sobs) and sexy, dominant males.
If you'd like to keep up with any updates, she has a Facebook page.
https://www.facebook.com/sadiecartera...
Sign up to her newsletter (http://eepurl.com/bQPcI5) and receive a FREE NOVELLA set in the Zerconian Warriors world, you'll also receive information about new releases, excerpts from upcoming books and deleted scenes.

4.13
129 ratings4 reviews
5 stars
58 (44%)
4 stars
36 (27%)
3 stars
30 (23%)
2 stars
4 (3%)
1 star
1 (<1%)
Displaying 1 - 4 of 4 reviews
Biondatina
431 reviews19 followers
January 5, 2018
Rich leaves by himself the Zerconia planet on his way to Earth, crushes on an unknown planet Tiran. He just knows two things, Logan will come to find him in a week time and this planet has the right conditions to sustain human lifeform. But what he doesn't know is that the planet has inhabitants...
Laylla is the future ruler of her village and a damn good warrior, hunter and fighter. Her planet is matriarchal and the females are the providers when the men are soft and delicate.
And suddenly they meet...

Kim Lowery
666 reviews5 followers
September 18, 2021
Very short Insta…lust? This is the human Rich getting his very own crazy hair alien gal. Kind of opposite what’s been so far, with an agrarian matriarchal planet. Epilogue was nice, good match for this recurring character. 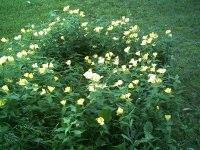 it would take a very strong woman to be able to live with Richard, and he sue got one in Laylla. Now I hope to hear what happens to her best friend she left behind, kind of hope to hear her story and Nates also
Suzanne (Under the Covers Book blog)
1,730 reviews534 followers
April 29, 2018
A Christmas Most Alien (Zerconian Warriors #11.5) – Rich and Laylla – One of my favourites!

He’s an arrogant and ambitious human male determined to take down a corrupt politician. She’s the future leader of her village and a fierce fighter and protector.

I know what I want for my birthday and it’s over 6 ft tall, has eyes that change colour and is adorably arrogant. That’s right sign me up for a Zerconian warrior of my very own. I love those guys and I devoured all the currently released books, including the novellas, in under a week. I confess, I was a little addicted.

But there was a lot to love about this series, Sadie Carter has done a fantastic job at not only writing a troop of sexy alien warrior, but she given us a whole bunch of feisty, hilarious heroines as well. I enjoyed watching the friendship develop between the women almost as much as the romances.

As I mentioned I read these book in quick succession, which meant that I quickly worked out the formula that each of the books follow. This did make each instalment predictable, however, that obviously didn’t stop me from jumping from one book to another. This was a light-hearted and fun series to read and although you known what’s going to happen that doesn’t take away the enjoyment I took from reading each warrior fall for his human woman.

This series covers a lot of troupes/character types as well, so if you like a plain Jane, grumpy heroes, warrior women, enemies to lovers stories than this series is bound to fulfil your wishes. Personally, I really enjoy plain Jane and grumpy hero stories so those were my favourite books in the series.