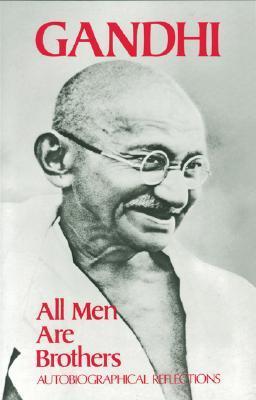 All Men are Brothers: Autobiographical Reflections

4.10
576 ratings30 reviews
Rate this book
All Men Are Brothers is a compelling and unique collection of Gandhi's most trenchant writings on nonviolence, especially in the context of a post-nuclear world. This compendium, which reads like a traditional book, is drawn from a wide range of his reflections on world peace.

"It is not that I am incapable of anger, but I succeed on almost all occasions to keep my feelings under control. Such a struggle leaves one stronger for it. The more I work at this, the more I feel delight in my life, the delight in the scheme of the universe. It gives me a peace and a meaning of the mysteries of nature that I have no power to describe." - Mahatma Gandhi.

The son of a senior government official, Gandhi was born and raised in a Hindu Bania community in coastal Gujarat, and trained in law in London. Gandhi became famous by fighting for the civil rights of Muslim and Hindu Indians in South Africa, using new techniques of non-violent civil disobedience that he developed. Returning to India in 1915, he set about organizing peasants to protest excessive land-taxes. A lifelong opponent of "communalism" (i.e. basing politics on religion) he reached out widely to all religious groups. He became a leader of Muslims protesting the declining status of the Caliphate. Assuming leadership of the Indian National Congress in 1921, Gandhi led nationwide campaigns for easing poverty, expanding women's rights, building religious and ethnic amity, ending untouchability, increasing economic self-reliance, and above all for achieving Swaraj—the independence of India from British domination. His spiritual teacher was the Jain philosopher/poet Shrimad Rajchandra.

Amir Noferesti
23 reviews4 followers
August 3, 2016
This one is a collection of quotations and passages from the Gandhi's writings. As before-mentioned it serves as an outstanding prolog to his ideas and values, there are many fascinating and inspiring quotations, remarkable hint at a restricted mind and a more human and flawed personality than the one held by conventional imagination. I recommend it, it is organized into the main statement of his teaching, We can create an idea of his belief in each division.
This book is infinitely inspiring! that's made me feel more courageous, intrepid and upheaval! This one is one of the books that changed my personality and state of mind and convert me to be a better person.

“I have nothing new to teach the world
Truth and non-violence are as old as the hills.“
― Mahatma Gandhi, All Men are Brothers

“Peace is neither taken nor given, only recognized within.”
― Mahatma Gandhi, All Men are Brothers

“There is an incident which occurred at the examination during my first year at the high school and which is worth recording. Mr. Giles, the Educational Inspector, had come on a visit of inspection. He had set us five words to write as a spelling exercise. One of the words was 'kettle'. I had misspelt it. The teacher tried to prompt me with the point of his boot, but I would not be prompted. It was beyond me to see that he wanted me to copy the spelling from my neighbour's slate, for I had thought that the teacher was there to supervise us against copying. The result was that all the boys, except myself, were found to have spelt every word correctly. Only I had been stupid. The teacher tried later to bring this stupidity home to me, but without effect. I never could learn the art of 'copying'. ”
― Mahatma Gandhi, All Men are Brothers: Autobiographical Reflections

“The weak can never forgive. Forgiveness is the attribute of the strong.”
― Mahatma Gandhi, All Men are Brothers: Autobiographical Reflections

Rinda Rinda
67 reviews3 followers
August 13, 2010
This is a collection of excerpts spoken or written by Gandhi, split into chapters, divided by individual topics such as nonviolence, religion, brotherhood, women in society, etc.

Brandon Fryman
Author 1 book5 followers
May 4, 2013
Everyone should read this book and practice the things this great man experienced. I like that he was so humble and told us readers who he studied. I felt, when reading this, that the many things he talked about I do or felt. He put it into words for me and gave me something to strive towards.
novia
47 reviews8 followers
January 31, 2008
(versi bahasa indonesia-nya..) menarik.
Crisperian
1 review
Read
April 11, 2015
Good
Gina
106 reviews7 followers
April 28, 2021
A little bit of this, a little bit of that and there we have it, the Gandhi “soup”. Too much repetition and the fact that the excerpts from Gandhi’s several books did not have cohesion even made me skim on the last half of the book.

What I did like was that Gandhi speaks his mind out and he does so in a very simple and clear manner. It is really easy to understand his message. Definitely will get myself his own books.

Frightful_elk
218 reviews
January 10, 2009
This is a collection of quotes and extracts from the main writings of Gandhi. As such it serves as an excellent introduction to his ideas and practices, there are many beautiful and inspiring quotes, some that hint at a closed mind and a more human and flawed character than the one held by popular imagination. Overall I would recommend it, it is organised into the main themes of his teaching, so you can build up an idea of his opinions in each chapter, unfortunately, due to the many sources this can lead to a fair bit of repetition in the quotes.
Recommended. 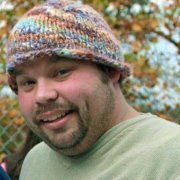 His ideas seems many times impractical but that the beauty of ideas. And he practiced many of the things that he believed in. 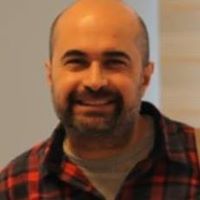 Hakkı Sayın
128 reviews5 followers
June 12, 2019
Yarıda bıraktım. Gandhi'nin kişisel fikirlerine saygım azaldı ya.. keşke okumasaydım.
Robert Lei
29 reviews
Read
August 28, 2019
A collection of quotes from Gandhi's writings over his lifetime organized into sections provides great insight into the life, strife and aspirations of a great human.
Kathya Elizabeth
18 reviews1 follower
July 1, 2020
Me aburrí en algunas partes, aunque en otras disfruté mucho leyéndolo...
DKay
62 reviews1 follower
May 20, 2022
just found some repetition from another Gandhi's book
Janet Holt
417 reviews
December 17, 2022
Read for HONR 301
Sylvester Francis Alonz
38 reviews
February 28, 2022
Gandhi's reflections provide more insight into the lessons of the human condition that fascinated him and I recommend any person interested in intersecting spiritualities to delve into it. I recognize that Gandhi, like many of us, possessed flaws that were a consequence of the world he entered, yet he made the best of it. Of his most profound ideas, Gandhi recognized that faiths were different vines of a common tree, to which I expand it to mean different trees in an unknown forest Gandhi's reflections demonstrated a constantly evolving thinking that intersects modern and ancient philosophies to address modern, yet continuous struggles for maintaining social order.
Ahmad Vaziri
12 reviews
December 22, 2014
تنها چیزی که مارو متصل میکنه به حیوان,بعد از این همه تلاش برای ترفیع دادن خودمون نسبت به حیوانات همین غریزه جنگجو بودن و.خشونت _هیسما_مونه!انسان برای زنده بودن به محبت _اهیسما_بیشتر نیاز داره,نه خشونت. 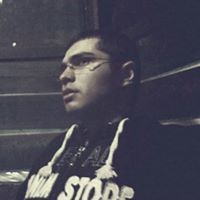