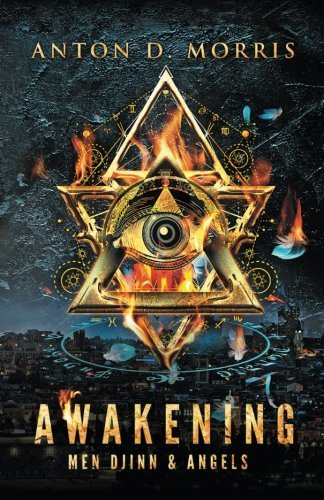 4.00
1 rating1 review
Rate this book
Talib, a sixteen-year-old Palestinian, miraculously survives the Cave of the Patriarchs Massacre, a travesty that kills his father. Escaping the conflict in the Middle East. Talib is offered solace in the luxury of a wealthy family's mansion home where he meets two enigmatic sisters, Kate and Fiona. Despite their beauty, innocence and sophistication, these sisters are not at all what Talib imagined. Their occult practices and devotion to a mission handed down to them by the Enlightened Titans, a fraternal secret society, throws Talib into a conflict between his Islamic upbringing and the cosmological possibility that there is more to the universe than what a religious text offers.

If that is not enough, Talib learns that he has more to offer, and the two sisters may take it unless he volunteers it. 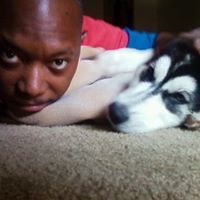 2 books6 followers
Native Chicagoan, Anton D. Morris obtained higher education degrees from Western Illinois Concordia and DePaul Universities. Over the past 25 years, Morris has embarked on various writing projects, including his most recent publication, Exposed: Humanity Craves Power and Men, Djinn, and Angels: Awakening. As an avid researcher and English teacher, his primary interest is in works of nonfiction and magical realism. He is currently working on the fourth book in his paranormal series while waiting for the release of Exposed: Humanity Craves Power.

4.00
1 rating1 review
5 stars
0 (0%)
4 stars
1 (100%)
3 stars
0 (0%)
2 stars
0 (0%)
1 star
0 (0%)
Displaying 1 of 1 review
Anton Anderson
Author 1 book
January 16, 2022
«Men, Djinn and Angels» is the first (as far as I know) book published by Anton Morris. It is a fantasy book that deals with the supernatural. Throughout human history, we have heard stories of miracles, of people having unnatural powers over the universe, of the existence of and something or someone higher than us. Anton’s book explores many of these concepts in the context of human interactions, their tragedy, memories, and the means of fulfillment.

For the lazy ones, I shall mention my assessment of this book before discussing it in more detail. I definitely enjoyed the story enough to one day re-read it. The lore is quite vast and intriguing. And many chapters are genuinely fun to read. Yet, the book is far from perfect. While the idea is good, the implementation, in my opinion, suffers. I still finished reading without difficulty, and maybe you will too. But for many people, the lore and the idea behind the book will not be enough. Perhaps they will disagree with me and find much more within this book than I ever could. There is only one way to find out!

Now, let’s talk about the story. The main hero is a young man called Talib. He grew up in Palestine during its constant conflict with Israel. But we don’t know that from the start. The book starts with Talib alone, weary and hungry. He’s trying to reach Alexandria and already had to bribe his way to Ashqelon. But he’s still far away from his destination. Without enough money to buy a ticket that would take him farther, he already thinks about bribing his way forward yet again when he meets Theodore. First, Talib is cautious of him, but then he takes Theodore’s offer, and they go to Alexandria together.

Further on, we learn a bit about Theodore. He seeks ancient artifacts. He is wealthy and, apparently, kind enough to help poor Talib. Yet, we don’t really know his true intentions.

And at the end of the chapter, we see Talib’s dream. We see a man made of pure light, and witness the power of his weapon. For some reason, he is fighting people. An ancient Mongolian army, no less. This immediately tells us that the book will jump back and forth in time, showing many glorious events unraveling. We see how the light-man makes a symbol with the bodies he just killed, which suggests that the book will be filled with symbolism. And then we see that the man saw and attacked Talib. Was the light-man able to feel that Talib was watching him? Or was Talib really there in one form or another, so far back in time?

Those were some of the questions that I had, and I had many more. This first chapter is quite well written. It made me care about Talib; made me pity him. It succeeded in making me curious as to why he had to reach Alexandria. As of true nature of his dream and of the light-man. It made me wonder about Talib’s talisman. And about Theodore’s true intentions.

Many of those questions were answered, indeed. I learned about angels and djinn. About ways that men interacted with them. About their place in the universe and relations with each other. And, of course, we learn more about Talib and the Brotherhood that rules the world. Yet, all of it was done with a price.

Aside from the main plot, this book consists of a big collection of different stories. To explain his vision, Anton starts from the beginning. Through the eyes of different members of the Brotherhood, he makes us watch the mysteries unravel. He moves us through time, showing the major events of Earth’s history. And through this, we learn that such events as World War I, the Thirty Ear’s War, and many other conflicts were influenced by various spirits and actions of the Brotherhood itself.

So, what was the price I mentioned? The price was that Talib has seized to be a dynamic character after the first chapter. Myriads of other people have taken his place, and I failed to connect to anyone but a few of them. Seeing the action was enjoyable enough, but I had no care about people telling the stories. More importantly, I immediately mixed up all their names. So, for me, there were the Brothers, the ordinary people, and the supernatural. It wasn’t all too bad – most stories did not require me to care about the individuals. I enjoyed the lore, the universe, and that was enough. But if those stories did have more to them, if they made me care more — then those tales would have been much stronger.

So, why didn’t I care about the people? Because they weren’t real. They dreamed of the intangible: ending the world’s wars and famine, ruling the countries and societies, etc. Their achievements weren’t real: I was told how bright those people were, but I hardly ever saw that in action. Only their feelings seemed genuine, but it wasn’t enough for me.

The only story I genuinely enjoyed for what it was and not for its lore was the one with the giants against the Spanish. In that one, the main character was actually charismatic. He worried not about something far away — he was concerned about the well-being of his clan and his daughter. I saw his cunningness in action, not just heard about it from the narrator. He made a mistake, and I was sympathetic. There was a bit of humor in the way the story was told. All of this made the ending feel deserved and enjoyable. All of this made me care much more.

So, now you know what I feel. I told you why I liked the book and why I didn’t. I told you that I will re-read it. And I will try to find people to whom I can recommend the tome. Whether you shall spend your time and try it — that’s up to you to decide.
Displaying 1 of 1 review