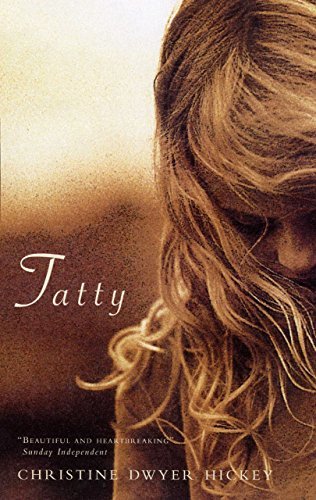 3.75
1,198 ratings204 reviews
Rate this book
Published to huge acclaim, Christine Dwyer Hickey’s Tatty was hailed by the critics as a masterpiece, and went on to become a bestseller. With the brutal clarity and touching honesty of a child, Tatty tells the story of her alcoholic family. The result is a stunning portrait of a disintegrating family, and the child lost within it.

14 books61 followers
Christine Dwyer Hickey is a novelist and short-story writer. Her novel Tatty was short-listed for Irish Book of the Year in 2005 and was also long-listed for The Orange Prize. Her novels, The Dancer, The Gambler and The Gatemaker were re-issued in 2006 as The Dublin Trilogy three novels which span the story of a Dublin family from 1913 to 1956.

Twice winner of the Listowel Writers Week short story competition, she was also a prize winner in the Observer/Penguin short-story competition. Her latest novel, Last Train from Liguria, is set in 1930’s Fascist Italy and Dublin in the 1990’s and will be published in June 2009. 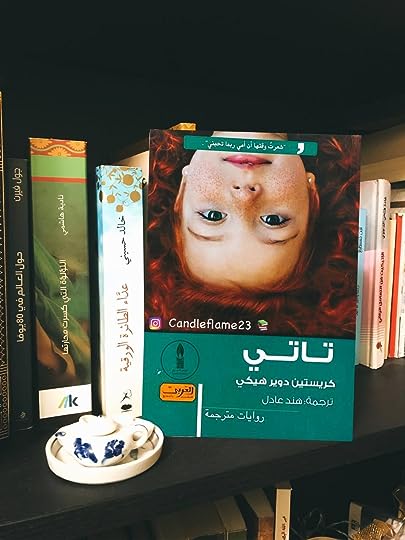 Anarika
41 reviews14 followers
April 9, 2021
Caroline (Tatty) lives in Dublin with Dad, Mam, and her siblings, including Deirdre “the special child Holy God sent to us because he loves us so much” and she struggles to survive and grow in a household being destroyed by alcohol. We meet her in 1964 when she is four and stay with her until she is 14. At the beginning all seems to be working fine. As Tatty grows, so does her perception of what is happening around her, allowing us to enter her mind and observe all that happens around her, what adults can do to each other; and what they can do to (their own!) children. As the years go by, Tatty senses rather than sees the deterioration in her parents' relationship and their growing dependence on alcohol. And as these problems become more evident to her and the community, she knows that she is “different” and that the society does not accept her in many ways.
I felt great sympathy for Tatty from the beginning. She is a girl growing in urban Ireland in the 60ies and the 70ies (but could be also 80ies), in an average Irish family. Average, not for its being alcoholic, but average among all alcoholic families. It is the story of a poor Irish childhood, not Catholic, but still quite miserable. It is written in children’s voice, it is her story, told by herself, but not in first person singular, no. She tells it in second person (YOU) and third person singular, and in first person plural. She explains her situation to the reader and to herself, sometimes just rewording what others have told her. But she is so innocent in her telling that it’s almost funny, when it’s obviously tragic. What is missing is the suspense, there is only the perception that everything is turning into an ever bigger and bigger tragedy.
I symphatized instantly with her. I even tended to identify myself with Tatty. I could understand her suffering, and admired her because she did her best, and tried to be a good girl. An adult and a parent to her parents. It’s not that anyone in my family was an alcohol addict, but I know how it feels – adults can be endlessly cruel!
“[…]This powerful story does not preach about the horrors of alcoholism. Instead, it allows the reader to experience at first hand the confusion, hurt and despair the children of alcoholic parents suffer. It is a haunting story that stays with the reader long after the book has been closed.”

مؤلم.
Zuzia
24 reviews3 followers
October 1, 2019
This book is just a simple novel about the family, which is destroyed by an alcohol. Maybe not simple, because it shows every detail issue that those kids have to deal with, as a surprised in the begging it was normal and daily staff for them what makes plot even more shattering. Tatty just as a kiddo spent her free time in bar with dad who was supposed to take care of her, horrible isn’t it? What is more mother was mentally sick for me, because of her bad tempered behaviour, violence the author create the worst and the most unstable women that could exist. Anyway I recommend this so much, to my mind everyone should read it just to get to know that this kind of world, society does exists.

Well that was a thoroughly depressing book. Thankfully it was a fast read so I only have to feel depressed for one day! I don't understand either why it is described as hilarious on the back of this book. I didn't laugh out loud once whilst reading it, and I feel pretty miserable now that I have finished this book.

The narration and the writing style were very fitting for the age of the main character - Tatty - so it was very believeable as the story of a girl's childhood with her depressed and messed up alcoholic parents and her many siblings with their own individual problems. Thought it was especially sad at the end when she found out she wouldn't be going back to the boarding school. You'd think the best place for kids would be in their families, but in that case it seemed the opposite.

It was a well written book, but so depressing that I don't think I'd be particularly inclined to read anything more by this writer if I came across it!

Asia
31 reviews
November 25, 2019
When I started reading this book I didn’t like it. I thought it had been written in a weird language and everything was chaotic. However, later I got used to it and I was able to enjoy the book. I’m glad I did, because it was amazing.

The plot was interesting and gripping. The idea of writing it from the perspective of a child was brilliant, because it gave the readers something to reflect back on.

What I remembered the most were the scenes in which Tatty’s Mam was beating her or one of her siblings. I was reading it on a train and I’m perfectly sure I sighed a little too loud a couple of times.

Also, the ending. To be honest I didn’t fully get it. I mean, maybe I did, but I hope I didn’t, because if I did, I would be very disappointed. It wasn’t enough! I feel an enormous shortage!