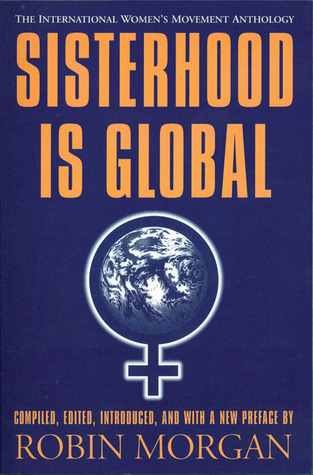 4.09
33 ratings5 reviews
Rate this book
Sisterhood Is Global has been revered as the essential feminist text on the international women's movement since its first appearance, when it was hailed as "a historic publishing event." The anthology features original essays Morgan commissioned from a deliberately eclectic mix of women both famous and less known-grass-roots activisits, politicians, scholars, querillas, novelists, social scientists, and journalists-representing seventy countries, from every region and political system, with particular emphasis on the Global South. These truth-telling, impassioned essays celebrate the diversity as well as the similarity of women's experience; they also reveal shared female rage, vision, and pragmatic strategies for worldwide feminist solidarity and political transformation.

52 books92 followers
An award-winning poet, novelist, political theorist, feminist activist, journalist, editor, and best-selling author, Robin Morgan has published 20 books, including the now-classic anthologies Sisterhood Is Powerful (Random House, 1970) and Sisterhood Is Global (Doubleday, l984; updated edition, The Feminist Press, 1996); with the recent Sisterhood Is Forever (Washington Square Press, 2003). A leader in contemporary US feminism, she has also played an influential role internationally in the women’s movement for more than 25 years.

An invited speaker at every major university in North America, Morgan has traveled — as organizer, lecturer, journalist — across Europe, to Australia, Brazil, the Caribbean, Central America, China, Indonesia, Israel, Japan, Nepal, New Zealand, Pacific Island nations, the Philippines, and South Africa; she has twice (1986 and 1989) spent months in the Palestinian refugee camps in Jordan, Lebanon, Egypt, Syria, West Bank, and Gaza, reporting on the conditions of women.

Her books include the novels Dry Your Smile (Doubleday, l987) and The Mer-Child A Legend for Children and Other Adults (Feminist Press, 1991); nonfiction Going Too Far (Random House, 1977), The Word of a Woman (Norton, 1992, 2nd ed. 1994), and The Anatomy of Freedom (Norton, 1994). Her work has been translated into 13 languages, including Arabic, Chinese, Japanese, Korean, Persian, Russian, and Sanskrit. Recent books include the poetry anthologies Upstairs in the Garden (1994) and A Hot January (both Norton), as well as the memoir Saturday's Child (Norton, 2000), and her best-selling nonfiction piece The Demon Lover - The Roots of Terrorism (Norton, 1989—2nd ed. with a new introduction and afterword (Washington Square Press, 2001). Her novel on the Inquisition — The Burning Time — was published in 2006 (Melville House), and Fighting Words A Toolkit for Combating the Religious Right in 2006 (Nation Books).

As founder and president of The Sisterhood Is Global Institute and co-founder and board member of The Women’s Media Center, she has co-founded and serves on the boards of many women’s organizations in the US and abroad. In 1990, as editor-in-chief of Ms. magazine, she relaunched the magazine as an international, award-winning, ad-free bimonthly, resigning in late 1993 to become consulting global editor. A recipient of the National Endowment for the Arts Prize for poetry, and numerous other honors, she lives in New York City. 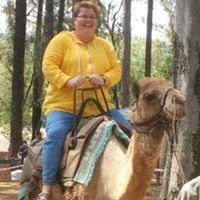 Christy
113 reviews270 followers
March 5, 2017
Required text the first year it was out in '85 in a Gender and Anthropology class. A long-standing classic in Women's Studies, but issues of women's lives around the globe are still sideline topics in much of global/crosscultural/transnational education. Still plenty worthwhile and thought how Morgan made the obvious point about feminism as fundamentally a global women's rights after reading by Jessa Crispin Why I Am Not a Feminist: A Feminist ManifestoWhy I Am Not a Feminist: A Feminist Manifesto. (I'm rewriting my review after seeing her talk about the book recently in NYC, too - stay tuned. :-))
Holly Allen
145 reviews3 followers
January 27, 2021
Excellent resource. A little outdated in focusing on women but not directly/ thoroughly addressing intersex individuals or transwomen but the book came out around 1984 so it isn’t terribly surprising.

Stephy
271 reviews49 followers
April 8, 2017
When this was published, it was the defining work on the place of women and status of women around the world, through the eyes of many women of many cultures. I learned so much about women around the world that I could only read some, then sit and assimilate, then read more. I was dumbfounded by the sheer ignorance I, with my really decent education, had of anyplace but here. It was the jumping off point for many years of reading. It opened me to the world in the same way that sisterhood is Powerful had opened me to myself. Still a good read. American kids still graduate from Grammar School, High School and College without being able to find six random countries on a world map or globe. I learned to study physical and cultural geography and women's cultures and dear goddesses, there are still places where women are traded for animals! The more things change, the more they stay the same.