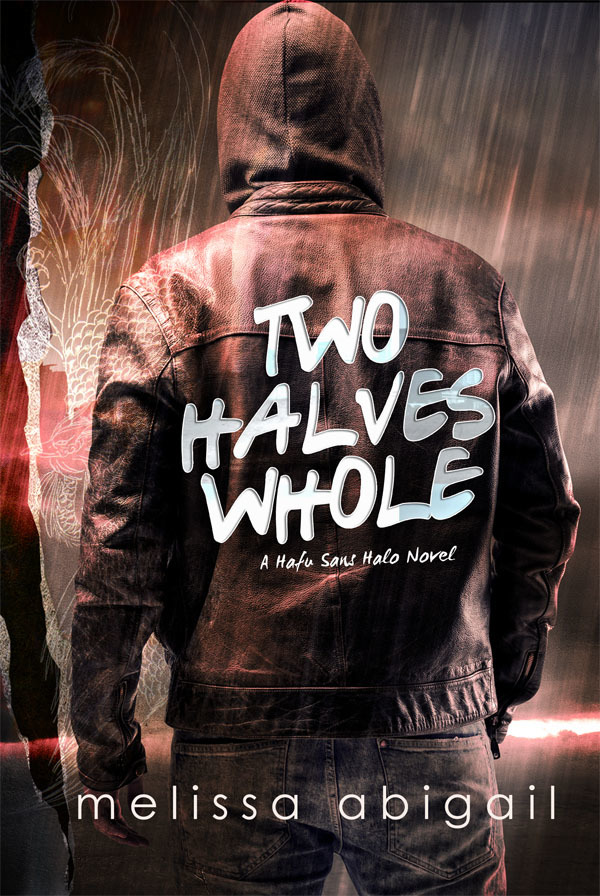 3.80
10 ratings9 reviews
Rate this book
Seventeen-year-old Ryu Debiru thought he had everything under control, thought he knew exactly where his life was headed after graduation (assuming he makes it to graduation).

Perhaps his secret life is no longer something he can keep secret.

Or maybe it is.

Although, it seems like the entire city is harbouring secrets. What’s one more? Sure it might hurt a few people, even Ryu himself. Hey, he'll survive. He’s survived worse.

4 books47 followers
​Melissa Abigail was born in the southern U.S.A. to South American parents, lived in the borough of Brooklyn, N.Y., and was raised in the suburbs of southern Ontario. A citizen of the world, she’s managed to fit in nowhere in particular but everywhere at the same time. A lifelong writer, creator and artist, she embraces thought-provoking ideas and diversity in film, fiction & life.

Disclaimer: I received an ARC of this in exchange of an honest review

I like reading for new authors every now and then because I believe everyone deserves a chance. Sometimes I am happy doing that, sometimes I am not. Well, this time I am glad that it worked ^-^

This is the second part in the Hafu Sans Halo, Judge by the Cover being the first.
To be honest, the story at first sounded cliched and it took me some pages to get into, but there was a nice plot twist that I didn't see coming and from that point onward it just kept getting better and better.

What came to me as a surprise was the writing style, it was very good, there were many funny quotes and other "deep" quotes.

It's called ‘being human.’ Humans care about other people. But you're a murderer so I guess you don't know what being human is. Wish I knew that about you before I…”

This has a kind of Japanese vibe to it so if you like this culture then I can recommend this to you.

So this this read exceeded my expectations and I appreciate a fast read so it was good with few things that could be changed! Good luck to the author
Melissa Abigail
Author 4 books47 followers
Read
November 20, 2017
I got this pretty awesome 5-star review from Jack Magnus of Readers' Favorite, so I thought I'd share it here:

"While the author gives enough background information to allow this book to be read on its own, I would advise that readers begin with the first book in the series, Judge by the Cover, to get the full impact of this engrossing and powerful tale. Haruna was still processing the fact that Ryu was not at all the irresponsible bad boy she had imagined him to be before their joint English project. Ryu, likewise, had had to rethink his preconceived notions about Haruna. The two of them weren't quite sure, however, how to proceed from that point. There was something drawing them together that was more than their shared Japanese ancestry

"Melissa Abigail's young adult coming of age novel Two Halves Whole continues the compelling story of Haruna and Ryu, whose lives seem so different and yet who are drawn so inexorably together. Along the way, Abigail addresses the issue of racism and the differences in attitude toward people of other races as displayed by the students compared with that of their parents, or, in Haruna's case, grandparent. I was entranced by this bittersweet and genuine romance as the two young adults work to find answers to what is binding them together and a solution to what appears to be an insoluble situation. Two Halves Whole is a beautifully written and eloquent literary fiction novel, and it's most highly recommended." - Jack Magnus 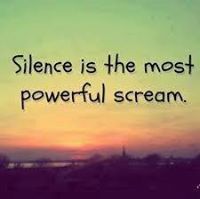 Sally Raz
2 reviews
January 25, 2020
How do you cope with the new understanding of life when you decide to find a meaning to it? Will you be able to embrace the new reality unfold in front of you or a hate the knowledge you have a gained from it?

Written by Melissa Abigail, this story unfolds the hidden past of Haruna, a biracial teenager who lived most of her life fearing rejection but, slowly learnt to embrace who she is once she understood it from her new friend's perspective. In this sequel of Judge by Cover, she and her friend Ryu will discover that they once knew each other in the past; challenging their new profound feelings, let alone what they once believed they knew of their family history.

The title Two Halves Whole represents the idea of been destined to one another even if your fate indicates otherwise. In this written narrative, it cleverly introduces the challenges faced by an individual who is either a biracial or has a biracial background. And it is similar obstacles dealt by people from different ethnicity however comparing to a biracial citizen, they are more accepted as foreign residency. It also tackles issues like an abusive environment, racism and discrimination among the society.

What is interesting in this structure is that despite of living under the same principles and beliefs, each character adjust it differently as they adapts it with their ancestors' belief and ethnicity. Hence it allows the reader to understand their perspectives; especially when the author relates the story to quotes like:
'People say that what we're all seeking is a meaning for life. I don't think that's what we're really seeking. I think that what we're seeking is an experience of being alive.' (Joseph Campbell) and 'A society that robs an individual of the product of his effort, or enslaves him, attempts to limit the freedom of his mind, or compels him to act against his own rational judgment is not, strictly speaking, a society, but a mob held together by institutionalized gang-rule. ' (Ayn Rand)

It reminds us once again that despite of the acknowledgement for diversity in many nations, there are still some that struggles in embracing biracial marriage; something we see as the characters develops. It was not clear to what had befallen to some of the characters-despite the strong influence on the story- in the end of it. Also even when it was shown what has befallen to the villain; the intense climax built throughout the story was stripped away by a flashback scene. Thus this left an unsatisfied feeling towards the ending of it.

Overall the book is pleasant to read and I rate it 3.5 out of 5 due to unresolved arcs and lack of clarification in some of the scenes. Regardless, the author has cleverly managed to bring in the depth of each character as she resolved most of the questions from the previous book. The dialogue is well written as well and flows flawlessly, leaving the reader hooked all the way to the end. It's a YA tale of hope, inspiration and fate. And I recommend Two Halves Whole to those who enjoys biracial tale of day-to-day life which digs deeper into beneath the surface of discrimination among the society.

I would like to thank Book Taster and the Author for giving me this opportunity to read this inspiring story.


Rebecca
72 reviews7 followers
November 22, 2017
I definitely enjoyed reading the second installment in this series. I tend to get somewhat frustrated with slower works, such as the first piece, but this book managed to bring a lot more in depth and intrigue. In the last book, we left off right as Ryu and Haruna were making amends, but things never stay perfect for long. Ryu's path as a young gangster is certain to mess things up sometime.

There's something to be said about how the book manages to address racism. In the past, young adult literature has been hesitant to say much about it, so it's refreshing to see it addressed for once. Haruna is not afraid to say something when things are wrong, which is admirable.

While the book does fall prey to the occasional cliche, it is still a very well-written piece of work. The Japanese tones for a book set in Canada make for an interesting setting, but it is not so distracting as to take from the main focus of the book. This one is well worth a read, so go take a look!

I received this book for free in exchange for an honest review.

Mimi11
4 reviews
March 11, 2019
Two Halves Whole by Melissa Abigail
The sequel to Judge by the Cover is perhaps even better than the first because the intrigue continues. I could not wait for the second part, and the author did not disappoint.

Thrown into a world of privilege on one hand, and loss on the other, the teens struggle not only with issues of school, friends, and relationships but gangs and danger. Who can they trust if not the adults in their lives? It’s a difficult situation made real and more emotional when they become more than school acquaintances. Who will save them if not themselves?

Melissa Abigail is a born storyteller who develops her characters so well. I felt like I knew the main characters or wanted to. In this story of teens caught up in a life they did not choose nor understand, the plot twists are developed to make the reader want to continue reading in one sitting. I loved this series.
Heather S.
7 reviews
January 27, 2019
Melissa Abigail’s sequel, “Two Halves Whole,” in the Half Sans Solo Series is well written, intriguing and thought provoking. The reader is reunited with Ryu and Haruna, two teenagers who find they are more alike than they initially thought. As their connection deepens this places them in a precarious situation that also unlocks secrets from their past. The book is fast paced with many unanticipated twists and turns which keeps the reader engaged until the end. Although there are currently only two books in the series, I believe the author Is working on a third novel and I look forward to the reading the continuation of Ryu and Haruna’s story when it comes into print.
Yolisa
212 reviews14 followers
July 30, 2019
Haruna and Ryu,very interesting characters from seemingly two different backgrounds.Once enemies,then something happened that changed their attitudes towards each other.
How do they then mingle and match their different upbringing to become one and fight on the same side?it's not an easy task to accomplish.
Liana
97 reviews
March 10, 2019
I enjoyed book two in this series. I feel like book one and two should be combined into one book. Not much happens in book one until the end but book two is much more fast paced. I enjoyed how everything came together and the flashbacks into what happened to the kids and their parents in the past.
H
21 reviews4 followers
February 21, 2019
Given that I read the first book - Judge by the Cover, I was so intrigued by the themes of the series, and I got very pleased with the latter. The author's honest groundbreaking presentation of the story is so dazzling and triggering towards powerful regards.

I will put it down shortly, in specie regarding the rollicking wit amongst Ryu and Haruna: I find it extraordinarily in the spot, hilarious, brilliant, and charming! I am thoroughly swooned by the perfect balance amongst thee of meet cute and wonderful chemistry.

But need I say more? Without spoilers, this read is actually astounding and unputdownable. I would also say that due to the authentic narration of the author I contemplated reading another part of the whole series for the great times spent with the characters. Sincerely, loving your work, Abigail!