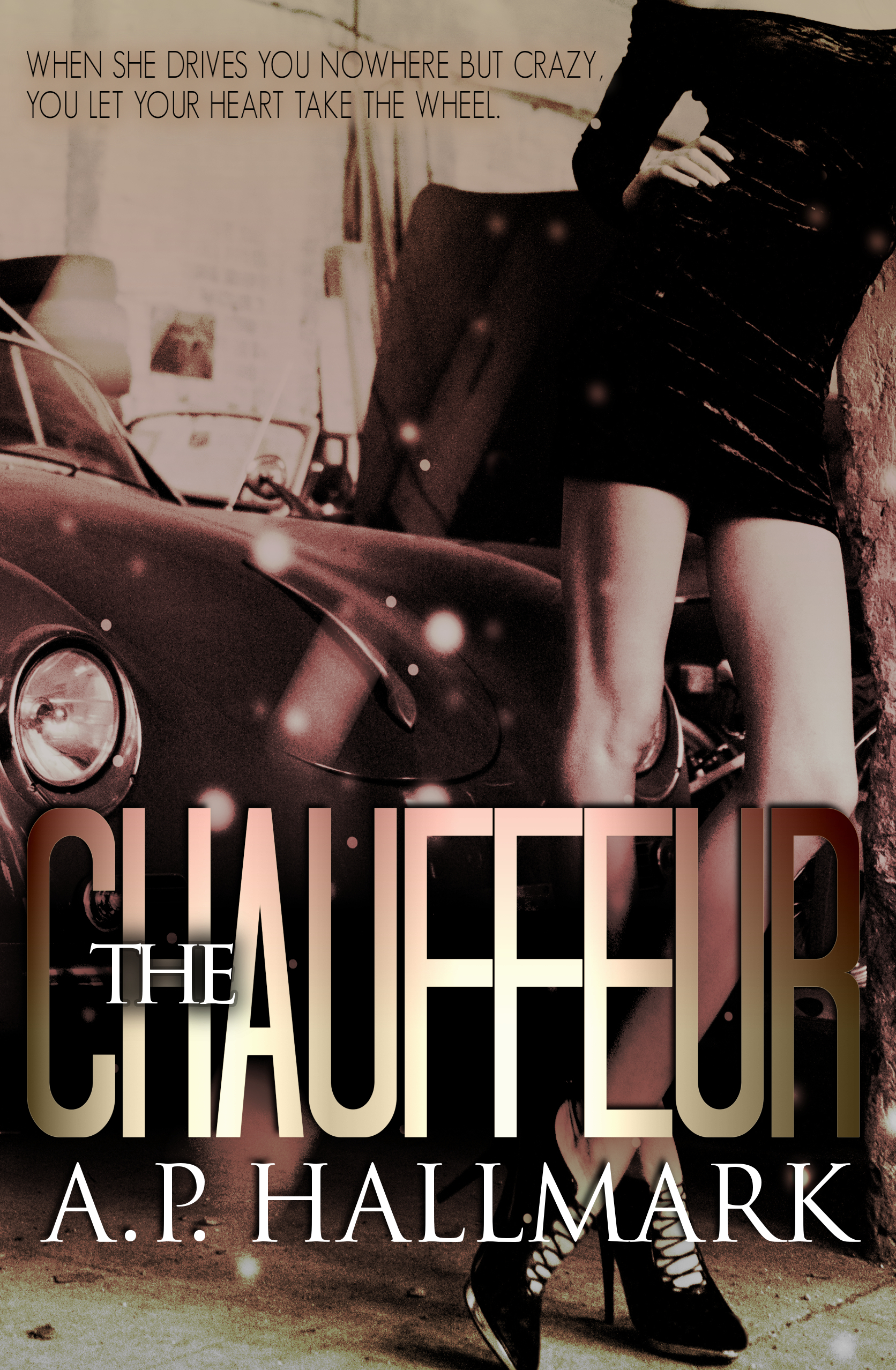 4.09
32 ratings12 reviews
Rate this book
April Sanders is beautiful and educated. She is also a chauffeur. Her elite client list is extensive, and Jason Rowe is one of them.

From the moment he lays eyes on her, he wants her. However, unlike the other women he encounters, she isn’t impressed. Imagine his surprise when he learns she is hired to drive exclusively for the family.

Remaining the dedicated professional, April rejects Jason’s advances. That is until she receives the approval of the family matriarch. Her life will never be the same.

When a business deal goes sour between Jason and a competitive business associate, April gets caught in the crossfire. After a series of suspicious and ominous incidents threaten the Rowes’ inner circle, Jason’s possessive and protective nature knows no bounds where Ms. Sanders is concerned.

The Rowe’s are powerful and have powerful connections. When a member of the family is wounded, there’s no stopping the force behind them.

"The Chauffeur" is the story of April, a female chauffeur who resists falling in love with her sexy client, Jason Rowe. He is interested in her from the beginning, but as a smart woman with her own pursuits, she's focused on her non-profit work and on maintaining the great salary and rent-free apartment she gets as the Rowe family's personal driver. She's also cautious of jeopardizing the job itself--her alternative is to return to a lower-paying job with a creepy, harassing, boss.

But April can't seem to stop mixing business with pleasure. Her best friend (who got her the job) is dating Jason's brother and Jason's parents become complicit in getting Jason and April together. They admire her community work, respect her professionalism (they know she's not out for their money) and are buoyed by the fact that--finally--their son is interested in a nice girl.

Complicating matters is an enemy of the Rowe family--a business adversary--intent on taking them down. Things get very tense when said adversary begins to threaten April's safety. That sub-plot gives "The Chauffeur" a suspense element that, at times, gets a bit dark.

I won't say more (too many spoilers), but I'll say that this is more than a story about a sexy chauffeur, and it's a lot sweeter than other hot boss romances. I also love a book with great secondary characters, and in this one, Jason's parents steal the show. As an overall work, "The Chauffeur" has sweetness, hotness, friendship, family and crime/revenge themes, and a bunch of surprises for folks who liked twists and turns! 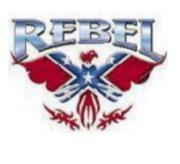 Sherry
15 reviews7 followers
June 25, 2017
I was given this ebook in exchange for an honest review. I absolutely loved this story. It's a love story that has its challenges from the beginning, but April and Jason overcome them with flying colors. I enjoyed reading how the Rowe family was able to save April, as well as the MileHigh project that was jeopardized by jealous exes and unrequited love interests. There are people and things at play that they can't quite figure out until they enlist the help of family and friends. This story will grab your attention and not let go until you have devoured it. It is a must read. 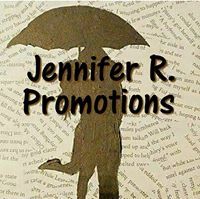 Jennifer
49 reviews12 followers
June 8, 2017
This is not a first for me to read A.P. Hallmark and I must say I really enjoyed this book immensly. There was more erotic scenes than I expected and she had me rolling with some pretty hilarious parts. I recommend this book to anyone who loves dark (not too dark) and funny reads.
Kerry Reis
Author 2 books36 followers
September 30, 2017
FOR 18+ ONLY. April is working as a chauffeur for a car service and dealing with her boss’ verbal sexual abuse in order to make ends meet, while spending her free time teaching underprivileged individuals at a community learning center and seeking a career path with her master’s degree in literary arts. She winds up taking a handsome Romeo client with a flirty woman to a private airport that distracts her a bit. Jason is a member of a very wealthy and well-connected family and is very much involved in his current business of building better commercial jets, who finds himself distracted by the beautiful chauffeur that is driving him and his flaunty business competitor, Kathryn, to catch a private jet for a Hawaiian vacation, which winds up going to pot when the woman goes crazy with anger when she claims one of his new deals is an attempt to undermine her, and she threatens to ruin him. Imagine the surprise for both April and Jason, when April, out on the town with her best friend, Emily, is introduced to Kyle in a bar, who claims that his wealthy parents are seeking a new private family chauffeur to replace their current guy who is retiring, and once April takes the job, she discovers that Kyle’s older brother is Jason. April tries to keep it professional, but the romantic tension is high, and the family patriarchs seem to approve, but danger lurks as Kathryn seeks her revenge. Or is there more to Kathryn’s story? Told by April and Jason’s personal perspective in alternating chapters, the first half of the narrative builds onto a strong physical erotic romantic bond, then shifts into a suspenseful action thriller. The author is very adept at building an in-depth emotional connection between the reader and the main two characters. However, there is no mystery to the unrealistic too-perfect fates plot structure in which the reader too easily sees the author’s too-coincidental manipulations. From having every one of April’s group of friends matching up with every one of Jason’s siblings or corporate aides to the one degree of separation among the villains, there is no natural flow to the group dynamic in the story. If the reader is more into the emotional play than the plot structure, this will be an acceptable read.

Terri
21 reviews2 followers
June 8, 2017
This story has just about everything you can imagine….close family ties, loving relationships, intrigue, danger, babies, lots of passion, witty conversation, couple of surprises, some tears and a females who are also strong, hardly any wimpy damsels here!

This starts off, with eyes meeting in a rear-view mirror and truly take off from there! The main couple, have sparks fly, but she fights it…. but not for long. There is just enough angst in the beginning and danger towards the end that it keeps you turning the pages. One of the “bad guys” turns into one very good guy. Everyone that is important finds their HEA, which is extremely important to me; along with those that you want the karma to come back at…. certainly does in spades!

I thoroughly enjoyed this book, found it hard to put down. As I mentioned, HEA are important to me and this does have that; even though the main couple get together and fall in love fairly quickly, there is danger and evil lurking to keep the plot going. Never a boring moment! I would highly recommend this book; great summer read, or anytime you want just about everything combined in one book! Great Job, A.P. Hallmark!!!
Dena
3,925 reviews13 followers
July 5, 2017
She is the bomb

She has this way about her almost like she is understated and likes it. He is out there and likes to flaunt it. They were good together and balanced each other out. I felt for her because she is just her and trying to be a part of his world is a little intimidating even if we didn't see that. The spy things was interesting and kept me much more involved in the story. The pregnancy was good and shook things up between them. Overall I liked the characters and the plot was amazing.

Autumn Sand
Author 23 books185 followers
June 26, 2017
This was truly an enjoyable story by A.P. Hallmark. April, a female chauffeur and her sexy client Jason. What could possibly go wrong? Or better yet what could possibly go right? April is committed to her humanitarian efforts and Jason's parents adore her. Finally their son is interested in someone who isn't just out for his money! But love doesn't come that simple for this couple. Just for fun the author throws in some twists and turns that keep you on your seat wanting more.

Do these two find their HEA? Well I can't tell you. You will have to read and find out.
Dawn Foster
995 reviews14 followers
June 9, 2017
Excellent! A wonderful story by A.P. Hallmark. I thoroughly enjoyed reading April and Jason's story as they work with his family to not only protect the family business but the ones they love. This one family I wouldn't mind having my back if needed. Thank you A.P. for another wonderful story.
Pat
18.3k reviews3 followers
June 27, 2017
This book drew me in from the very first page with the well written storyline and the well defined characters kept me hooked until the turn of the very last page!

I voluntarily reviewed an advanced reader copy of this book.
Kathryn Sikora
57 reviews1 follower
July 4, 2017
Not what I expected

Great story! Kept me reading until the end. Many surprises, and What the Heck just happened here! Very steamy between the H and h! Minor characters were pretty awesome too.
KRGirl
63 reviews
July 6, 2017
DNF - overdone, never-ending melodrama. Couldn't have cared less.

Tina
A stranger on a rare plane ride recommend this book. It was a good recommendation. Cute sexy book with a mystery with danger. Was worth reading!
Displaying 1 - 12 of 12 reviews