Goodreads helps you keep track of books you want to read.
Start by marking “The Broken Spoke: Austin's Legendary Honky-Tonk (John and Robin Dickson Series in Texas Music, sponsored by the Center for Texas Music History, Texas State University)” as Want to Read: 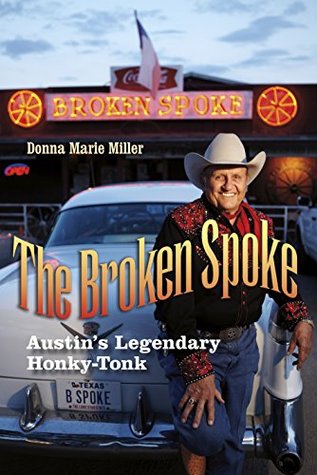 We’d love your help. Let us know what’s wrong with this preview of The Broken Spoke by Donna Marie Miller.

White paid thirty-two dollars to his first opening act, D. G. Burrow and the Western Melodies, back in 1964. Since then, the stage at the Spoke has hosted the likes of Bob Wills, Dolly Parton, Ernest Tubb, Ray Price, Marcia Ball, Pauline Reese, Roy Acuff, Kris Kristofferson, George Strait, Willie Nelson, Jerry Jeff Walker, Asleep at the Wheel, and the late, great Kitty Wells. But it hasn’t always been easy; through the years, the Whites and the Spoke have withstood their share of hardship—a breast cancer diagnosis, heart trouble, the building’s leaky roof, and a tour bus driven through its back wall.

Today the original rustic, barn-style building, surrounded by sleek, high-rise apartment buildings, still sits on South Lamar, a tribute and remembrance to an Austin that has almost vanished. Housing fifty years of country music memorabilia and about a thousand lifetimes of memories at the Broken Spoke, the Whites still honor a promise made to Ernest Tubb years ago: they’re “keepin’ it country.”
...more

Jan 30, 2019 Laura Jean rated it liked it
Shelves: 2019, library, non-fiction, spv-evaluation, texas
Interesting look at a beloved Austin landmark and one of the last Texas Dance Halls in existence. A Must read for the Texas Music enthusiast.

Jul 23, 2017 Story Circle Book Reviews rated it it was amazing
Shelves: reviewed
"How was the Broken Spoke?" The obvious question to a Texan who reports she's just back from Austin.

"Great! Can't wait to go back." And then forestalling the next question—"Sure, had chicken-fried steak—the big one." It's a Texas tradition and as a life-long Texan one that I've participated in many times since the first days of the Spoke over fifty years ago. So you don't have to ask how I enjoyed reading this book about those many years—I did, for many reasons besides the memories of my own it "How was the Broken Spoke?" The obvious question to a Texan who reports she's just back from Austin.

"Great! Can't wait to go back." And then forestalling the next question—"Sure, had chicken-fried steak—the big one." It's a Texas tradition and as a life-long Texan one that I've participated in many times since the first days of the Spoke over fifty years ago. So you don't have to ask how I enjoyed reading this book about those many years—I did, for many reasons besides the memories of my own it evoked.

In November 1964, Annette and James White threw open the door to the Broken Spoke, their own long dreamed-of honky tonk. James was only twenty-five and fresh out of the army. The couple ran the place on a shoestring—not even a cash register, just two cigar boxes. Annette, who had a day job, was the waitress. James tended bar and cooked. Always, there was live music. Word spread and soon the dancing crowds spilled out of the bar into the dining room, out the door and into the parking lot never missing a beat.

At first, less well-known groups played for little cash but plenty of free beer. The roster of performers, like the building, grew. The Whites gave many young folks a start. One clean-cut, earnest young man turned into a legend—the 1967 picture of this wholesome youngster on page 53 is worth the price of the book. That can't be Willie Nelson! But it is. He had just recorded "Mr. Record Man," and the Whites gave him a chance.

Once there you'll also find famous names from the other side of the footlights. Especially the political world, from First Lady Ladybird Johnson through several governors: George W. Bush, Ann Richards, and current Governor Greg Abbot. If someone wants to run for a state-wide office, she'd better have a party at the Broken Spoke.

The White family grew right alongside the Broken Spoke. Might be better to say inside the Broken Spoke. Daughter Terri recalls going to bed in the office on school nights. A few years later Ernest Tubb smiled into the camera as he held eleven-day-old Ginny. Granddaughter Mollie Jo had to wait until she was nine for her picture with actor Robert Duvall. Mollie Jo still works occasionally as bartender—whenever her grandmother needs her.

For all the ups-and-downs in the world and in Austin since 1964, the Broken Spoke continues as the honky tonk it has always been. There's no mirror ball hanging over the dance floor, no mechanical bull challenging all comers. "I ain't changing..." is one of James White's favorite lines from the stage—and if the Broken Spoke is open, then count on James being on the stage sometime during the evening; Annette will be around as well. That's two of the reasons folks keep coming back.

I've got a trip to Austin coming up in a couple of months. I can almost taste the chicken-fried now. I checked the schedule—think we'll go on Two-Stepping Tuesday.

by Trilla Pando
for Story Circle Book Reviews
reviewing books by, for, and about women ...more 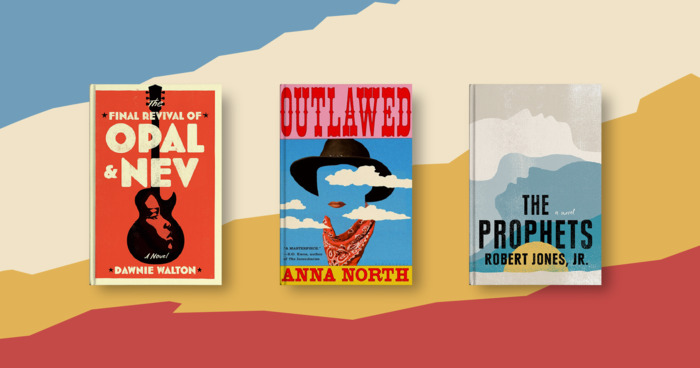 42 New and Upcoming Historical Fiction Novels
Care to travel to past times for some serious drama? Check out this season's biggest historical fiction novels and be transported to tales of...
Read more...
58 likes · 19 comments

Trivia About The Broken Spoke:...