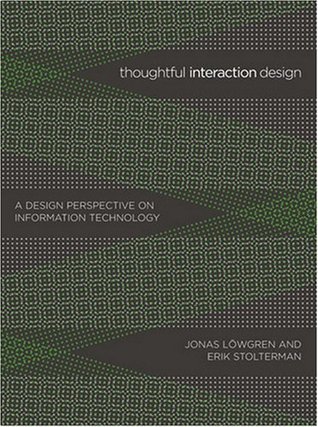 3.83
120 ratings10 reviews
Rate this book
The authors of Thoughtful Interaction Design go beyond the usual technical concerns of usability and usefulness to consider interaction design from a design perspective. The shaping of digital artifacts is a design process that influences the form and functions of workplaces, schools, communication, and culture; the successful interaction designer must use both ethical and aesthetic judgment to create designs that are appropriate to a given environment. This book is not a how-to manual, but a collection of tools for thought about interaction design.Working with information technology--called by the authors the material without qualities--interaction designers create not a static object but a dynamic pattern of interactivity. The design vision is closely linked to context and not simply focused on the technology. The authors' action-oriented and context-dependent design theory, drawing on design theorist Donald Sch�n's concept of the reflective practitioner, helps designers deal with complex design challenges created by new technology and new knowledge. Their approach, based on a foundation of thoughtfulness that acknowledges the designer's responsibility not only for the functional qualities of the design product but for the ethical and aesthetic qualities as well, fills the need for a theory of interaction design that can increase and nurture design knowledge. From this perspective they address the fundamental question of what kind of knowledge an aspiring designer needs, discussing the process of design, the designer, design methods and techniques, the design product and its qualities, and conditions for interaction design. 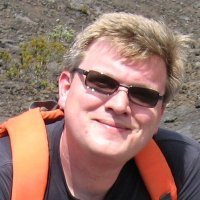 Robert
283 reviews8 followers
December 8, 2007
This book is more about becoming a better designer in general than improving interaction design specifically. It's interesting and thought provoking in places, I think I got the most value from thinking about how to avoid getting stuck on a specific solution and instead to force yourself to broaden the number of possible approaches. Unfortunately for such a small book there's a lot of content I didn't find useful - the authors spend too much time talking about topics they won't cover and making general observations on the power and importance of designers. 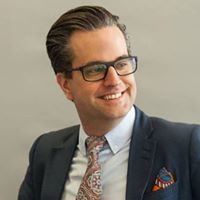 Mike
14 reviews13 followers
April 27, 2011
Only on the first chapter, and this is one of the best books I have ever read. It cuts to the heart of what design is, and aims to educate that design is not an output, but a process. In this case the authors hope for a thoughful process. i.e. the thoughtful interaction designer.
Samantha
4 reviews
November 5, 2014
There is hardly any useful information in this book, and much of it relates more to general design theory than to interaction design. Secondly, it reads like the writers just love to hear themselves talk. It could have been so much more concise.
Nelson Zagalo
Author 9 books308 followers
April 20, 2019
The book is from 2004, and in such a new and technological dependent domain as Interaction Design, time matters. Even for a book like this that centres discourse around mere theory, it gets to be completely outdated 15 years after.

I believe, in part, this happens because Löwgren and Stolterman chose to ground the discourse in main common sense. The book works as a research project to find the right position of design and interaction designer in the world of HCI, however much of it doesn't stand neither for historical appreciation. Scientifically speaking it would have been advisable to do a work like, to use at least some ethnographic work, do some interviews with people working.

By the end of the book, we get the feeling of having read just a bunch of good intentions, probably thoughtful ones by the author, but incapable of standing the test of time. 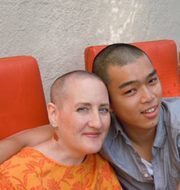 Aaron Chu
57 reviews4 followers
August 20, 2015
The book takes a pretty neutral approach in providing guidance to designers. Personally, the good part comes in in the last 3--4 chapters where it recommends methodologies with light use cases. I am also more fond of the later chapters as they give a great overview of design history where it talks about the origin and evolution of participatory design, as well as Modernism among other references.

Peter
83 reviews13 followers
July 27, 2012
A really excellent book that addresses some of the fundamental questions of what it means to be a designer.

A solid effort at establishing Interaction Design as a distinct discipline. If you're calling yourself an interaction designer, you really need to soak in this book for a while.

Mark Poulsen
31 reviews
November 17, 2017
This book is a great introduction on how to approach a design process - especially concerning interaction design. It is also useful to rely on the book for inputs throughout any design process.

Their main point is to approach design "thoughtfully", which means to acknowledge one's own responsibility as a designer. To design is to change people's ways of living, and because designing is always done in relation to a particular context, a designer needs to be "prepared" to deal with the complexity that is thrown at him/her.
This becomes even more complicated in the digital age, dealing with information technology and digital artefacts, which is briefly accounted for in the book. Their main focus is designing itself

The book is excellently written, and it offers an introspective view on interaction design with contextual descriptions and ideas about individual aspects of design, while also stressing the overall complexity of design.
Claudia Marie
49 reviews29 followers
January 10, 2020
It's ok. Goes on and on about the same thing.
Interesting but not revolutionising; probably because it's a topic concerning interaction design (etc.) which is something that changes very frequently.