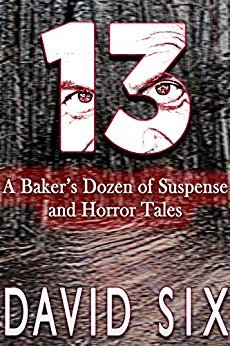 13: A Baker’s Dozen of Suspense and Horror Tales


Here are thirteen short stories of horror and suspense to make you feel you are not alone in the room--even when you think you are.

A teenage girl wants what she wants--no matter what.

A haunted house with a twisted ending.

A man at the end of his career, and his eerily lifelike ventriloquist dummy.

And more. Thirteen shorts in all.

Make sure the lights are on.

11 books43 followers
Everyone is afraid of something.

Maybe it's that flash of movement you are sure you saw from the corner of your eye just a second ago, but when you turned, nothing was there. Maybe it's the new noise in your house that you tell yourself is just the joists settling. Maybe it's your neighbor who seems friendly and convivial, but there is something just a bit off about them.

Ordinary people encountering other people--or, perhaps, things--are at the crux of what I write. Ordinary people can be heroes, but they can also have the fecal matter scared out of them when they are stepping up.

Some tales have a happy ending, but not all. And whether the monsters are human, or something else, their stories will be real. 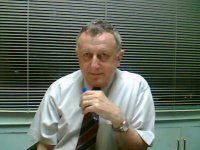 Ronald Keeler
846 reviews32 followers
November 25, 2017
In 13: A Baker’s Dozen of Suspense and Horror Tales by David Six, I will comment on each story, but they do have one common factor that I think will be good to look out for before you read. This struck me about three stories in. Watch this author’s talent for description. Do that and these stories will capture your attention. In some stories, the plot moves slowly but the talent the author displays with description makes all the stories worth reading.

Everywhere I Go This is not a Welcome Wagon visit.

Cutting Corners The title for this story is perfect.

The Gift There are some gifts you can’t return.

Trappings He will make up to her later.

The Wrong Man It is every parents’ duty to make sure the children are fed. This is one of the better short stories

Sell Phone The title makes this story; it is necessary.

Elsie-Bellsie The thing that makes this story good is the very detailed and creative description of empty rooms. And of the corpses, of course.

The Best Fall Ever Again, a very clever title. And one of the worst cases of mistaken identity ever.

What You Think You Know My favorite line from this story is “But the day had leaned in on him like a crowd in a packed auditorium reacting to a yanked fire alarm, leaned in shoving, knocking him down, trampling him to jelly.” (loc 463-464)

I Love Him Family dinners are special.

Laugh Dance And the last laugh is on …

Corky’s Shadow This story is about the shadowy world of ventriloquist dummies. Read the story to see what I mean

Octavia Cade
Author 80 books103 followers
September 15, 2021
Not really for me, I think. It's not the writing that's at fault, really, the stories collected here are short and punchy, and the prose has a real sense of voice to it. I read the book in a single sitting because of these factors - admittedly, it's a rather short book, but still. It's technically competent, and I'm not giving it two stars because I feel that it's badly written, because I don't think that it is. It just isn't to my taste. I love horror, but I admit that I gravitate to some parts of it more than others. The stories collected here have a strong focus on physical and family violence, particularly (but not exclusively) violence against women. And, you know, that's a big part of the horror genre, it really is... but I don't much enjoy it. I don't think it's a real coincidence that the story I liked best here, "Moan," is a story about a haunted house - and it's a good story! But it's not a story about a serial killer slicing women into ribbons, or the first-person account of a rapist as he strips his victim, or the recollections of a father who has beaten his wife and young daughter to death. You get the point. If that's the kind of horror you like then you'll probably like this. It's just not for me.

13: A Baker’s Dozen of Suspense and Horror Tales

Creepy. Horrible. Disturbing. These 13 stories are just what you need if you find yourself awake and alone, late one night: that is if you don't want to sleep. Some of these stories look at the middle and upper class, but most deal with the lower class, or even the criminal class. This is a world of deep emotion and irrationality, a world where you could snap at any moment. Some of these stories deal with the supernatural, but most depict horror in the sense of human depravity.

I love a good horror and these short stories were great for filling in the odd 10 or 15 minutes. They are all quite short. Having declared my bias, I am happy to award this book 5 stars.
Ashley
1,065 reviews2 followers
January 5, 2018
I received a free copy of this book via Booksprout and am voluntarily leaving a review.

I thought this was a fun anthology of horror shorts to read! I enjoyed the majority of these stories and I would definitely love them to be expanded or have some sequels go on. Some were very creepy and I found it hard to sleep at night from them lol and others were not as creepy. Overall the author is a great writer and does well with the horror genre!

Michael Nethery
42 reviews
September 12, 2018
First reading of Mr. Six's craft/ I thought I would be reading from 13 different authors but no. Just him. And it surprised me. Each short story was a bit different. They all had different twists. The characters were written differently. It was almost like you were reading 13 different authors.
I am off now to read some more of his. And I am happy to report he is not just on Amazon, but I can get him on other vendors such as iTunes.
Well done

Zain
310 reviews
December 25, 2017
I am a huge horror fan so of course I couldn’t wait to read this book. I was not disappointed. So many stories. Each one has something for everyone. I’m fortunate that I love a variety of horror so I enjoyed all the stories. I started the book on Halloween to help keep me in the holiday mood. Read this anthology! 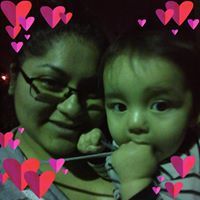 Paulita
41 reviews1 follower
June 17, 2018
These stories were very interesting, they all had a creepy twisted ending which I loved. Every story was a great read, my favorite has to be Everywhere I Go. When reading it I felt the paranoia the character was feeling. The story really pulled me in, I felt like I was in his shoes. All 13 stories were great but this one stuck out the most for some reason.

Amanda
98 reviews
August 29, 2018
4.5 stars
This is a book of 13 very short stories. Although so short they are descriptive and intriguing. I wish that they'd have been longer, with some being actually full length books. Each story has enough intrigue to make your mind run circles wondering what could be happening or could have happened. I definitely enjoyed this book, and short stories aren't my usual read.
Raven
3,383 reviews50 followers
March 4, 2018
Nice collection of stories though some are a bit hit and miss for me.

Carla
1,180 reviews19 followers
March 25, 2018
I loved the first story the best! All rather creepy. Some better than others. Very good use of descriptive words. Thanks to the author for a free copy for an honest review!
Liza
1,493 reviews10 followers
May 19, 2018
Some of the stories are very short and leave you hanging (not sure if really finished). Generally well-written stories that keep you guessing. 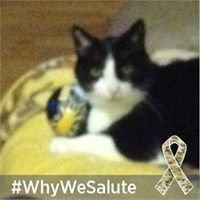 Pat Eroh
2,580 reviews25 followers
December 9, 2018
I love these short reads and though some of them were weird, all of them were awesome. I received this through a promotion (free) but it is worth the time and the current price.

Leslie Wiederspan
224 reviews1 follower
January 27, 2019
Interesting little collection of horror stories.
Eva Matijevic
42 reviews
June 1, 2021
I received this book from one of those sites that offer you free ebooks in exchange for honest reviews. However, that was a year or two ago (maybe three?) and I can't remember the site's name. That being out of the way, let me get back to my review.

I didn't like this book and I honestly didn't even tell people in my inner circle about it. It's unfinished and unedited. Sure enough, some stories are better than the others but that's hardly an accomplishment. I feel like the stories that author wanted to tell and the concept he has chosen for them don't work together at all. For most of them, we didn't have enough information to begin with and therefore we couldn't care about the characters or be afraid of the situations that they are in. Not only that but by the end of the (most of the) stories either nothing happened or I was still in the dark about what exactly has happened. I know that half of appeal of mystery/horror/thriller stories is that "not knowing" part where people actively engage in events written on paper, but that's only true while we are reading the stories - by the end of the book I expect to have everything clear and revealed (there should be no 'guessing' then - I'm not going to write your books for you), otherwise your readers won't care about the peril you characters found themselves in, in which case you just wasted everyone's time.

Catherine
467 reviews2 followers
February 18, 2018
These stories were well written and I enjoyed reading most of them. If you enjoy horror then give this book a go. However, some parts are not for the squeamish among us.
Displaying 1 - 17 of 17 reviews