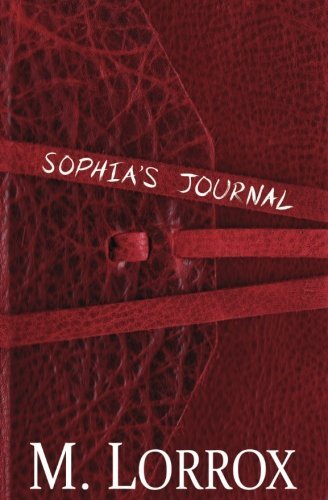 4.74
47 ratings23 reviews
Rate this book
This documents one survivor’s journey and marks the beginning of the Infinite Vampire adventure. It features over two dozen custom, pen and ink drawings and 96 pages of handwritten story.

Hi! I'm M., and I love vampires, the paranormal, and a lot of other weird stuff.
I'm the Word Breathing Dragon behind the Infinite Vampire series, and coming in 2020, a romance series!

I started writing when I was in high school -- little stories about dragons, magic, mystical energies, and alternate realities.

I've always loved mythology, and I studied comparative mythology and literature in college. I mostly enjoy fantasy and science fiction, and I get a special kick when it's mixed in with some reality.

Do you want to interact with me? Follow me with the button under my photo!

Nicole
218 reviews3 followers
February 21, 2017
This is a quick read full of detailed illustrations (love!) that gives a great intro to what the Infinite Vampire series will probably be like. I loved that the journal was handwritten (sort of) and read just like the diary it was supposed to be, while still introducing the story! 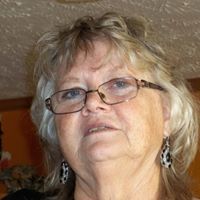 Donna Arthur
Author 3 books1 follower
February 7, 2018
Made me want to read everything you've written. Great read, and I read it all the way through in one sitting. Keep them coming! 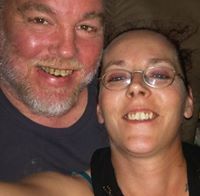 Jennifer Leach
6 reviews2 followers
February 12, 2017
Loved reading! You could feel the pain,smell the smells, the joy of everything good and bad in this book. Gets you hooked and ready to read more within the first few pages.
L
77 reviews
January 31, 2017
Zombies & Vampires. I love zombies. This story was very well written. I enjoyed the journel. I think the book series is gonna be great. I am looking forward to it. M. Lorrox took me on a nice journey. Thank you.
Maria Griffo
171 reviews
February 9, 2017
it was well written took me a little to get into it as I do not like zombie books and I only like reading romance and vampire but once you start reading it keeps your interest and the drawings are goof

Andrea Fry
1 review1 follower
February 22, 2017
I like the fact you don't know what she is till nearer the end. It starts out like she's a normal teen with the normal troubles and hanging out with friends. I can't wait to find out how it all turns out . 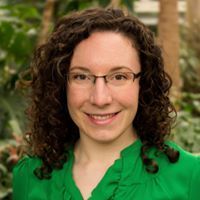 Elyse Goldberg
3 reviews
January 12, 2017
Beautiful, both literally and literarily!! This is not just a normal book or short story..... M. Lorrox ...errr SOPHIA is truly an artist :D. 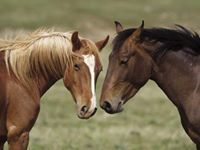 SANDRA ABEL
12 reviews
February 1, 2017
Quick read. Nice prequel to the book coming out in May.
Donna Burke
1 review
February 22, 2017
great little novel! i throughly enjoyed it,, the story kept my interest, and the drawings were a plus!
i am excited to begin the Infinite Vampire series!!
Mara
9 reviews11 followers
February 26, 2017
A quick, fun read ... the story is told in an intriguing way and the illustrations make it feel like a real journal written by an artistic, kind, kick-ass teenage girl. :)
Lisa Robbins
310 reviews7 followers
March 4, 2019
I received an audiobook of this from the author in exchange for an honest review. It is the first I've read by this author, and in this series, so I was a bit confused at first. I didn't know who any of the characters were or what was going on. As it was written in the style of a teenage girl's journal, the writing was a little all over the place. Once I got used to the style and the character of Sophia, I actually enjoyed it a great deal. I'm definitely interested in checking out the rest of the series!
Amanda Mann
Author 25 books43 followers
April 27, 2017
Okay, I'll admit, I have never once thought that someone could make a book about Vampires surviving through the Zombie apocalypse. To me it always seemed like too much supernatural in one book. But HOLY CRAP, Mr. Lorrox has done it and he did it well!

For those that know me, and for those that don't, Zombies and Vampires are like totally my thing. My drug. Anything Zombie or Vampire and I am all over it like white on rice. But again, they have always been separate. I couldn't exactly figure out how they could go together. But Mr. Lorrox is such a talented author that he managed to combine the two and make it absolutely incredible!

Sophia's Journal is a young Vampire's account of how the Zombie apocalypse started and how she began her journey to survival. Of course, it ends at kind of a cliff hanger (at least one that makes you want to keep reading so that you can figure out what the hell happens next), not that I really expected any thing different as this is sort of a prequel to the series, and I can't wait to read the next book.

As far as prequels go, this one definitely hooked me from page one. Not only does it give a new perspective on Vampires, it also brings together Vampires and Zombies into an amazing story line that I just can't seem to get enough of. Definitely 5 out of 5 stars for me! I'd rate it more if it were possible! Nicely done!

Jeanne
1 review5 followers
April 25, 2017
Great beginning of a new series! I couldn't put it down until I had finished reading to the end. Not a fan of zombies but add a vampire in the mix and it makes the story even better.
James Riley
504 reviews6 followers
April 11, 2017
I really liked this short. The journal narrative was a nice twist to some of the stuff I've been reading. 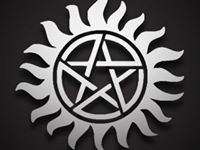 Clair Musson
1 review
April 6, 2017
Mr. M. Lorrox is truly a great author. When I started this book I was extremely impressed. It was one of the best books I've every read. The amount of details were just extraordinary. He did a great job writing this!

Martin Goldberg
2 reviews
February 6, 2017
The question of how this generation would handle a real crisis is one that I think about, may be too often. Seems that our crises have been less acute than those wars and famines that the baby boomer's parents and grand parents had to live through. Being about vampires and zombies automatically triggered the "metaphor detector" within me. Is M. Lorrox going to make statements about today's society in crisis in the Infinite Vampire series? We will have to wait to find out. If there are such societal metaphors in the Infinite Vampire Series, they are not reveled in Sophia's Journal. Instead we are introduced into the background of the book series through the eyes of one of its teen aged characters.

In the short handwritten diary, Sophia - a young girl vampire - deals with a zombie crisis as one teenage individual must - with survival as her main objective. She approaches the crisis with a clear and cool-headed approach. While doing so, we get a glimpse into a skilled, analytical, and very likable person (who also keeps a well written, neat and compelling diary). By the end of this short diary, we want to spend more time with Sophia, which I suppose, is a good place to be as the book series begins. Whether Lorrox uses the book series as a platform for deeper meaning through vampire and zombie metaphor, or the book series is going to be a more simple action/adventure ride, it is concisely set up well through Sophia's Diary.

Looking forward to Book 1!
Loren
198 reviews
June 3, 2017
As a vampire fan, I was happy to read this digital, short novella which the Author offers for free to his fans. It's part of the Infinite Vampire series.
It's written as a journal of 18 year-old vampire Sophia Lorraine, and I mean literally handwritten -- you won't find any typed text inside. What you will find, along with the handwritten journal entries, are Sophia's drawings to help tell her story. Her journal entries are detailed and humorous as we read that the West Coast of the U.S. is being overrun with zombies. Her entries become a story of survival. Will she survive? You'll have to read to find out.
It was a very quick read. I enjoyed Sophia's story and will be adding the remaining books of the series to my To Be Read list.
Chanda Shae Curry
229 reviews
June 22, 2017
There is nothing like a prequel to an amazing series. Sophia's Journal takes us on Sophia's journey. A young vampire,surviving alone in an apocalypse like zombie outbreak. Everyone she cares about,parents and her mentor are gone. She must use her wits and everything Lo has taught her, to survive. Just because she is a vampire, doesn't mean she is invincible. She heads off to find more of her kind along with fellow survivors. Lorrox sets us up in this Journal for the series coming up,with awesome expectations. This isn't your normal run of the Mill book. All this was originally handwritten, with amazing illustrations,to give it the journalistic realism feel to it.Thanks Lorrox for the digital copy I received from you of this awesome book.

Jen Costanza
3 reviews
June 18, 2017
This was a really fun prequel to the Infinite Vampire series! I was happy to get an exclusive copy since I'm a fan of the author. I loved Sophia's wit and heart as she recounted her journey across the country, through one challenge after another. The drawings were also a highlight for me, and my favorite was the one of the tents in the park that reminded Sophia of presents under the tree. Setting the beginning of the story before Christmas makes it even more striking. I hope M. Lorrox writes more novellas like this one to accompany his series.

Juliet Lindquist
51 reviews
January 9, 2019
A very quick read. I have read all the Infinite Vampire Books, and I’m glad a had the chance to listen to this audiobook. I was pleased with how the voice actor read this story. I highly recommend this book.
lisa engel
16 reviews1 follower
April 17, 2017
I loved how the story was told from her eyes, her thoughts, her drawings (and those were a added bonus). I tried to put myself in her shoes and could not imagine being so calm and just go do this, then this and this to survive. I would be absolutely flipping out. Time to make my zombie survival plan and kit! CAN NOT WAIT!!!! For the new book.
Fawn Williams
9 reviews
April 22, 2017
Don't care for books about Zombie's but thought I'd give this one a try. Was very surprised that it held my attention. Major plus was when I found out that Sophia was a Vampire. Looking forward to reading the Infinite Vampire series. Thank you so much M!!
Displaying 1 - 23 of 23 reviews