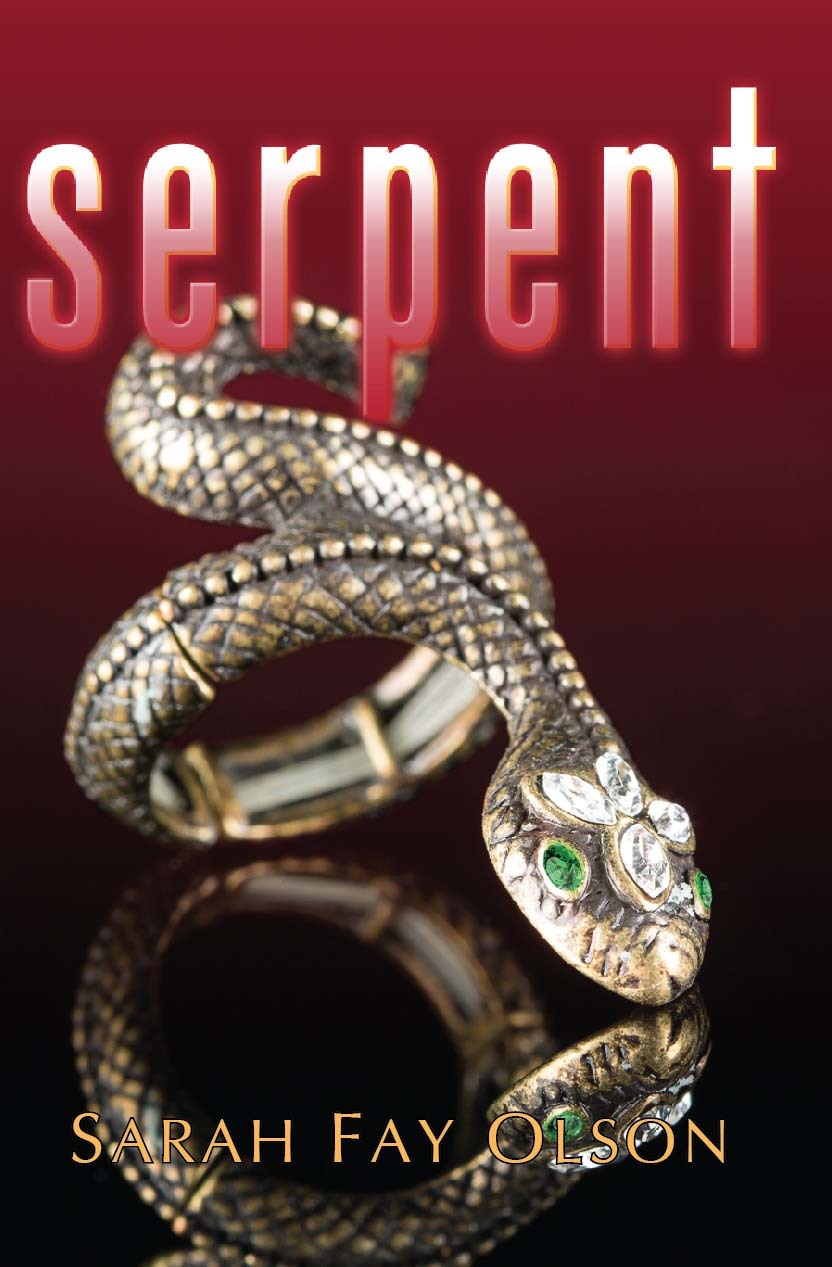 4.45
11 ratings8 reviews
Rate this book
Book 2 of the Asterian Trilogy.

It has been seventeen years since the Asterian Revolution, and all eyes are on Princess Aria and the long expected royal wedding. Having grown up in a world of royalty and wealth, Aria has been unable to imagine anything less than perfect for her life. But when an indiscretion threatens to ruin her reputation, the princess finds herself cast into a world of scandal.

As rumors and heartbreak threaten to destroy her, Aria journeys to a distant seaport and sets sail on a merchant ship, hoping the voyage will give her the freedom she craves. Though the ocean holds promises of adventure and intrigue, the world may be too small for a royal to truly disappear. With her family desperately searching the kingdoms for her, Aria finds herself surrounded by strangers and realizes that her brashness may have been a deadly mistake…

2 books29 followers
Sarah Fay Olson began writing her debut novel Sapphire during her senior year in high school. She enjoys reading young and new adult books that are full of adventure and romance. When she is not reading or writing, Sarah enjoys horseback riding, hiking, playing the violin, and watching movies. She currently resides in the beautiful state of Montana.

I really liked the way the plot was woven. And the reality of first-love experiences and second chances. But the thing is, I thought the protagonist was a little childish, and her tenor wasn't that of a typical 20 year old girl- woman. She was a little overreacting at times, which was unpleasant. But of course, I can't judge the whole story depending on that one aspect.

I'm pretty sure I detected a noticeable character development (Aria's) throughout the novel, which I think is the most beautiful feature that can be presented in a novel. And it takes experience and skill to pull that off. And I honestly did not expect a cliffhanger at the end; I just assumed all the pieces would go back together; but then again, the ending did present one important thing; Aria's transformation from an innocent and inexperienced princess into a strong and resilient woman.

Victoria Courtright
12 reviews1 follower
November 21, 2017
After reading Sapphire I was waiting rather impatiently for a sequel. I knew that there had to be a something more to these characters lives, especially Aria's. This book was everything that I waited for and more! It kept me on my toes with action, excitement, and of course a very nice touch of romance. I honestly could not put it down, and even missed a couple meals without any realization of the time. I was sucked into Asteria and the mystical oceans with no hesitation, and am so excited to go back already! I definitely recommend it, and have already passed it on to others who have enjoyed it as wholeheartedly as I have! BRING ON THE NEXT ONE!!!!!
InD'tale Magazine
8,415 reviews278 followers
May 4, 2017
3.5/5.0

Aria is an astounding character. She has charisma, daring, and creativeness in tight situations.

Read full review in the 2017 May issue of InD'tale Magazine.

When I get a request to review from an author, I am always very hesitant because sometimes you get really strange review requests in your inbox. However, with this book, I just had to say yes because it sounded great!
First of all, you do not need to read the first book in order to read this book! The first book follows the story of Aria's parents, and takes place years and years earlier.

The story follows Aria, princess of Asteria and after a horrible event (I'm not going to tell you what :P ) she runs off to another Kingdom. She wants to escape the rumours and judging eyes of the people of her kingdom. She takes a different name and fleds. During her journey she gets into danger, meets new people and above all grows up. I thought the character development of Aria was very well done. In the beginning, I thought her to be a little selfish and spoiled, but she changed a lot during the book and in the end, I thought she was a strong and independent woman. This is one of my favourite things in books!

There are two points of view, Aria's and her father James'. Although I thought James's point of view did bring something extra into the book, it was slightly annoying sometimes. Sometimes something really excited happens and then they switch to James' point of view, while all I wanted to know was what would happen with Aria! I completely understood why it was there but it did break the story somewhat.

The story started off a little slow, but once I got halfway I got so much into it, I just wanted to continue reading the entire time! It also started off with a lot of characters and names and I always struggle keeping up if there are that much.

I loved the world it was set in, even though there is no magic in it, as often is the case with fantasy, I loved the royal intrigue and the politics between the different kingdoms.

It was a little predictable sometimes but *screams in frustration* THAT ENDING! When I finished the book I was quite tempted to blackmail the writer to write me a sequel or at least an epilogue! (Please, Sarah help me out here)

I am giving this book ★★★★ (4/5 stars) because I highly enjoyed it and it was just really good! I would definitely recommend this if you like stories of princesses in ball gowns who run off and great worldbuilding and just fantasy in general.

This book will come out May 6th.

** I have received this book from the Author in exchange for a review, this did not affect my opinions whatsoever**

Danielle
27 reviews4 followers
February 21, 2017
I received this book from the author Sarah Fay Olson for an honest review.

After a few chapters in i messaged Sarah as i was already in love with the story.

This is the second book in the series and I haven't read book one but that doesn't matter. The story flows so well that you don't feel like your missing out on book one. Though i will now read it.

Princess Aria is due to marry Lord Thomas in a few months. Excitement for a royal wedding is being celebrated throughout the Kingdom until Aria walks in on Thomas cheating on her.

Aria can't stand being home so she runs away in the middle of the night to seek space and get over the betrayal. She decides to hitch a ride on a ship that would take her back home in a month. Instead the journey is very rocky, new love blossoms and some lives are lost.

I highly recommend buying this book when its released in March 2017.
Candace Wondrak
Author 91 books1,478 followers
February 7, 2018
A strangely addictive YA fantasy read.

I haven't read the first in the trilogy. And when I began reading it, I didn't even know it was a book two. I could tell there was some past stuff going on with Aria's parents, but I thought it was maybe another book series. For once, not reading book one was not a deal breaker for me, and I really enjoyed Serpent!

At first it was a little slow - finding Thomas doing some bad things with someone who isn't Aria (not a spoiler, since it happens in first 10%), deciding to run away, etc. But once the journey got going, I was hooked. I'm a huge fan of fantasy, and traveling in fantasy always seems to be the most written about (probably because sailing and walking from kingdom to islands and back to kingdom is slloooooowww). This, at least, wasn't a boring journey.

We meet Roy, who I knew from the start was hiding something. I was a fan of him, although I wasn't ever sure if I could really trust him. Aria, for someone who so recently had her heart broken (in a two year long courtship!), seems to overcome her sadness quite quick.

The end picks up the plot, and truths come to light (as i knew they would). Aria acts...juvenile, I think. I understand her feelings about being lied to, but at the same time, she did the same thing. Yes, she came clean...BUT what she ran from was not nearly the same as what a certain someone else was running from.

I enjoyed the dual PoVs, and thought they each had a strong internal and distinct voice. I liked how James cared for Aria even though she wasn't his own by blood.

As for royalty, Aria seems to not be on any sort of leash. Even though she's a woman, she can basically do what she pleases. I said I haven't read the first one, so maybe I missed some world building there, but in fantasy it seems (especially when kings/princes/princesses are involved), women always have the short end of the stick. Aria didn't seem controlled. A good thing, I guess, but sort of unrealistic.

This is fantasy, though, so anything goes.

I did enjoy this enough that I marked the first to-read, and I'll be keeping an eye out for the third. The author has a firm voice when writing, and I didn't notice any jarring grammar/spelling mistakes like I have in some of my recent novels I've reviewed (ahem, Spelled).

Thank you to Netgalley for providing me with a free copy of this book, in exchange for an honest review!

Ruthie
1 review
February 9, 2017
I sped through Serpent in a few days, so most people probably will too. I tend to have a short attention span with books, but not with this one. It was a little slower in the beginning, but I found the extra background helpful. It's been awhile since I read the first book. I think you could read this book without reading Sapphire first and not be confused. I'm going to not give anything away, but I kept wanting to yell at Aria concerning some of her decisions. I will admit she is young, and this is an adventure. I really liked her, I just wanted her to think things through! I thoroughly enjoyed her love interest, even though I knew there was something he was hiding... I'm a sucker for these mysterious fictional men, I'm afraid. The way this one was written was just right for me, haha! I found myself liking James even more as a father figure. I was afraid I had figured out what would happen. I was wrong though, and really enjoyed the plot twists, and character development (one character in particular surprised me a lot). I definitely recommend Serpent!
Shannon Kirkpatrick
40 reviews2 followers
January 14, 2017
This book followed the story of royalty, but what I loved that the author added elements of adventure, some defiance, and love of family and special ones. Though it was partially predictable, I still throughly enjoyed it, as I constantly wanted to read it in any spare moment. I have not read the first book in the series, but it was mainly unrelated. I extremely recommend this book to anyone to loves books that focus on royalty, adventure, and romance. Great job Sarah Olson!!! I look forward to reading the next book!
Displaying 1 - 8 of 8 reviews