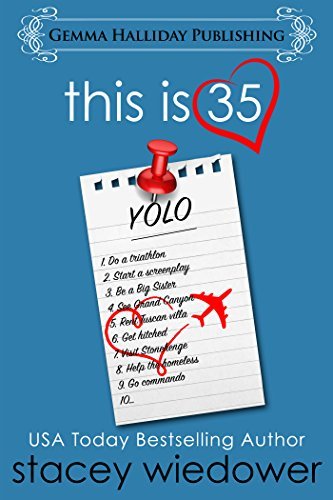 Four years after completing her first 30 First Dates challenge, blogger and TV producer Erin Crawford is once again racing the clock, this time checking off 35 goals she wants to achieve by her 35th birthday. In the meantime, the network behind YOLO, a reality show based on Erin's bucket list, shifts her from behind the scenes as producer to center stage as a participant. Amidst growing pressure at work and home, including a cross-country travel schedule that never seems to align with her new husband's, Erin has the added stress of a camera following her every move as she checks off her list for a national TV audience. From a wedding fiasco to a fateful dance lesson to a nemesis who's determined to make trouble in her brand new marriage, everything that can go wrong definitely does. So wrong, in fact, that Erin starts to wonder if YOLO is recording her life ... or ruining it.

The Unlucky in Love novels:
30 First Dates
Now a Major Motion Picture
How to Look Happy

8 books65 followers
Stacey Wiedower started her career as a newspaper reporter before following her passion to interior design school. After spending three years at a firm with bizarre similarities to "Designing Women," she began funneling all her experience into her work as a full-time writer. Now she pens novels, short stories, magazine articles, website copy and more, and the wacky characters she's met poke their heads into her stories from time to time. Stacey lives in Tennessee with her husband, also a writer, and a son who's inherited their overactive imaginations.

4.15
72 ratings13 reviews
5 stars
29 (40%)
4 stars
28 (38%)
3 stars
13 (18%)
2 stars
1 (1%)
1 star
1 (1%)
Displaying 1 - 13 of 13 reviews
Tracie Banister
Author 7 books472 followers
October 15, 2017
The saga of blogger Erin Crawford continues in this entertaining and emotion-fraught sequel to 30 First Dates. Erin completed the dating challenge she set for herself, got her man, and had a host of new career opportunities at the end of the first book, but did she live happily ever after? Five years later, Erin's tackling a bucket list of 35 things she'd like to do before she turns 35 and she's doing it in front of America on a reality show called "YOLO." At the same time, she's getting ready to walk down the aisle with the love of her life.

Unfortunately, everything that can go wrong with Erin's wedding, which is being filmed for YOLO, does and her marriage gets off to a bad start that she and her hubby never seem to recover from. The demands of their stressful, high-pressure jobs lead to increasingly long separations that stir up doubts and misunderstandings. Factor in manipulative co-workers who'd like nothing better than to break up the newlyweds and Erin worries that she and her husband might not make it to their first anniversary. Will she be able to undue the damage caused by her time in the spotlight and get their relationship back on track, or will she go down in flames both personally and professionally?

Poor Erin has to deal with a lot of drama in this book and several people who do NOT have her best interests at heart. I loved her relationship with her future husband (I'm not going to name him here so as not to spoil the first book if you haven't read it yet.) in 30 First Dates, so it was heart-wrenching to see them pulled apart in this one. All of the obstacles and challenges were realistic ones, though. It is hard to find balance between work and home for many couples and most of them don't have to deal with being on TV while they try to figure things out.

As always, Ms. Wiedower's writing is engaging, and she kept me turning pages right up to the end where there was an enticing cliffhanger, which hopefully means this book isn't the last we've seen of Erin. I think this book could easily be read as a standalone, but I suggest you check out 30 First Dates as well so that you can get Erin's full backstory.
Meredith Schorr
Author 12 books480 followers
July 5, 2017
I'm a big fan of this author and This is 35 did not disappoint. I really enjoyed reading about what happened to Erin and Ben after the HEA from 30 First Dates. Life goes on after the girl gets the guy and it's not always free of conflict, certainly not in this case. I thought the behind-the-scenes of the reality show was very well done. I have no idea how it really works, but it felt very authentic to me. The ending left me wanting more and I assume (hope) there will be a third installment in Erin's story. She's very likeable.
Annabelle Costa
Author 28 books295 followers
September 1, 2017
I was so thrilled to finally have a sequel to Erin and Ben's story! Even though the ending to 30 First Dates was great, I'm the sort of person who always wonders what happens after the happily ever after.

This book definitely didn't disappoint! I loved the idea of a bucket list for 35 and the whole reality show. Erin is such a great character that I could read about her doing anything. It was clever, funny, and kept me reading from the first page to the last... I honestly couldn't put it down!

Another great read by Stacey Wiedower!
Kayla
760 reviews36 followers
September 5, 2017
Oh my goodness! What a great book! Once I began reading, I just had to know if Erin would complete her list of 35 goals. The drama with the reality show felt real since it seems that any couple on reality TV suffers some sort of relationship hiccup. Now, when is the next book coming because of that ending - I need to know! A quick read for a relaxing day on the front porch!

Gail
1,628 reviews
May 22, 2017
I really liked going back to Erin Crawford's world in this book. A fun character, a fun concept with the bucket lists and a fun read.

Debbie
240 reviews1 follower
September 28, 2017
I liked it with the exception that she kept going off on tangents while trying to tell a story. It was really annoying. But other than that it was a good read.

Leslie aka StoreyBook Reviews
2,291 reviews113 followers
January 1, 2017
This is a follow up to 30 dates in 30 days (that I didn't read) and while this book can be read by itself, I can see where it might be handy to read the other book first, just to get an intro to the characters and how Erin and Ben came to be together.

Erin and Ben have a good relationship but they need to work on their communication and discover this at various points in the book. Perhaps they wouldn't have found themselves in some of the situations had they talked more earlier on. But that provided the tension that the book needed in various places. not a lot, just enough.

This book made me think about my own bucket list...well the fact that i do not have one. But since I am turning 50 this year I thought I would do a modified one and choose 5 things to accomplish this year. That ties into what I really took away from this book - that we need to live life and not get stuck in ruts and push the boundaries of what we can do or experience in life before we die.

All in all I really enjoyed the book and it leaves you hanging for another one and whether Erin has accomplished #35 on her bucket list!

Melissa
730 reviews4 followers
January 9, 2017
I really liked this book. I read and enjoyed 30 First Dates so I was thrilled when I heard there was a sequel. This book made me laugh, made me mad, irritated me and made me sigh (in happiness). Basically, it got me involved. How this marriage manages to succeed as well as it did, which wasn't very well, with them constantly flying off in other directions, literally, I do not know. It was a good read though, one I enjoyed and would recommend. I would suggest reading 30 First Dates before this one though just to understand the characters better.
Nancy Baker
416 reviews19 followers
January 4, 2017
Erin Crawford is working on her bucket list of 35 things she wants to do by the time she is 35. This list and her job on a reality show intertwine to the point of possibly ruining her life. This story pulls you in almost immediately and will keep you glued to the pages wanting to find out how it ends.
jrkhopkins
14 reviews3 followers
January 4, 2017
Another fun book about Erin Crawford. She has another wacky list with fun twists and turns. A fun quick read about living life to the fullest. 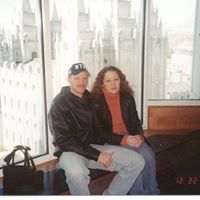 This book was a good book, but not as good as the original. I love sequence books however, so I do enjoy the continuation of the story. 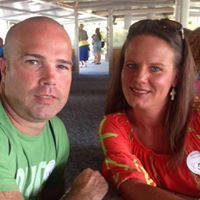 Allison Covington
96 reviews4 followers
February 4, 2017
I loved this book as much as I loved the first one. I'm really hoping there is a third book. This left me wanting more!

Nikole
82 reviews1 follower
April 15, 2017
I really loved going back to this series. Wiedower did a fantastic job with the next chapter of Erin & Ben's relationship. I found myself getting too caught up with the characters wanting to yell at them like I was watching a movie. This is a great read even if you are new to the series. Highly recommend if you are looking for a fun read
Displaying 1 - 13 of 13 reviews