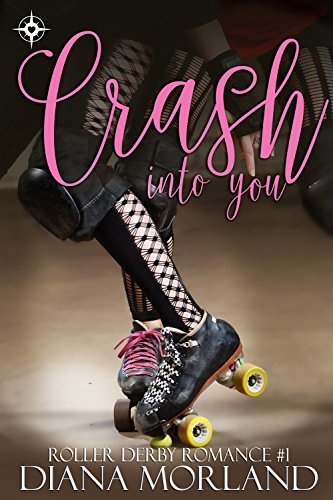 3.78
49 ratings9 reviews
Rate this book
Megan only cares about one thing: roller derby. Derby is her life, her love, and her savior. It’s what gets her through the week at her stressful job, and it’s what got her out of her last relationship. She’s surrounded by gorgeous girls every day, but she hasn’t even thought about being interested in any of them until she runs into Gianna—literally.

Gianna is a blocker for the opposing team, and no one has ever tripped Megan up the way she does. Megan can’t get past her curves, on skates or in her mind. The chemistry between them is smoking hot, but physical is all it can ever be.

Megan’s made mistakes before, and she doesn’t want to make the same ones again. She has to be the one in control. Otherwise she’s just going to get hurt again. Gianna wants more from her, but if Megan gives in, then she’s losing. And she can never lose.

When Gianna slams against her armor, can Megan soften enough to let her in?

Lex Kent
1,682 reviews8,534 followers
March 31, 2017
I have always wished I could play roller derby, but I can't skate, so a lesfic romance about derby caught my attention. I thought this was an okay read. I enjoyed the derby aspects the best. The matches were fun to read about and I enjoyed them. But the book was missing a bit of the pageantry of real roller derby.

The problem was, there was not much substance to the book besides the roller derby. There was a romance of course, but it started and stopped so many times it made me a bit dizzy. I liked the characters together, and especially liked that one was a full figured curvy girl. So many lesfic romances have stick thin women, it was nice to read about some curves.

This is a light fun read. Nothing too deep here. It was entertaining and a good Kindle Unlimited book. 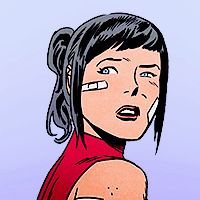 Natasha
492 reviews377 followers
Shelved as 'dnf'
October 29, 2018
WHY DO ALL THE BOOKS I'VE BEEN READING KEEP HAVING NON CONSENSUAL KISSES

This is a fun derby romance by Diana Morland. The chemistry is excellent. It was slight angst. I look forward to the series.
Liralen
2,652 reviews143 followers
January 2, 2019
First let's get the nitpicks out of the way:

-I'm not a fan of Evil Exes Who Are Evil, or of Awful Bosses Who Are Awful. Most people are a bit more complex than that, you know? It makes the characters feel less fleshed-out than I'd like.

-Although I am utterly thrilled to have a plus-sized heroine—and thrilled to see her body celebrated rather than shamed—there were points when her size was mentioned so often that it felt almost like the book was...fetishising it? I don't think that's the word I want, but I can't think of a better one. Just, there are places where it felt like every body part mentioned came with a descriptor designed to remind you that it was a plus-sized body part. I didn't want all of those taken out (not by a long shot), but maybe limit the huge/fleshy/plump/plush/lush comments to one per paragraph or something? It just felt like overkill. (Better than limiting romance leads to thin bodies, for sure. But it's in the same category as not wanting every mention of a thin romantic lead's body parts to be 'her slim calves...her trim waist...her slender arms...' Oh gosh but that sounds like it came straight out of a 70s Harlequin.)

Now! Here are some things I really, really loved about this:

-I don't usually award points for this, but possibly that's just because I've been reading the wrong things: the sex is hot. Really pretty excellent, actually. The transitions are sometimes a little rough at the ends of scenes, but the scenes themselves more than make up for it.

-And again on the subject of sex...there's a moment when one of the characters says no, ow, that's painful, and there's a brief discussion about how hey! Women's bodies are all different! And guys, this might not seem like a big deal, but for a romance novel? It's pretty revolutionary. I mean, I'm still waiting for the romance novel where they have great sex but no orgasm, but just the fact that they're pausing to make adjustments because something isn't working...that's excellent in a realistic way. A lot of adjustments in het romance boil down to 'and then I'm going to do this and you're going to like it even more', which is a lot less interesting. Along the same lines, at one point Megan asks Gianna to avoid a specific type of phrasing because of bad associations, and Gianna takes that in and agrees. Just like that. Again: you wouldn't think this would be revolutionary, would you? But in a lot of romance novels (particularly ones with wannabe alpha heroes), the trajectory would be 'she says she doesn't like something and he decides to prove her wrong'. (There's a reason I don't truck with alpha heroes.)

So. Carrying on with the series, I think!

Crash Into You is thoroughly adorable and fun. I mean, roller derby lesbians, it’s a given. However, the writing is a little on the weak side and the protagonist got on my nerves a little. All in all, still a pleasant quick read, and I’ll definitely read the rest of the series.
Grace Lynch
183 reviews13 followers
February 22, 2021
If you are interested in derby, roller skating, light comedy and romance this book may be for you. This is a series of books. Crash is the introduction.

Others have described this series as “hot trash.” I can honestly say there are some awful romances out there that tend to want to be funny, but are so fraught with one liners you won’t have the ability to laugh. It will just feel like a cliche. This ain’t that book.

Like most romances, it’s hard to be the first, or the last when you are entering the dating field again. It’s gonna come with baggage, problems, but also a sense of ease knowing it’s not all awkward and dates can be fun.

Megan is our heroine our derby girl who loooves derby. It is her vice. She works at a trampoline park for kids with overly demanding owners who rely on her too much, and can’t keep a staff. She is their most reliable employee. For Megan, derby is everything. Derby is her friends, family, and life...

During a game, she smacks into Gianna, who is a blocker...and kind of enjoys it. It’s love at first sight.

She goes on a few dates with Gianna, and the story unfolds...I won’t tell you everything as this is meant to be enjoyed lightly by the reader...

You don’t need to know how to play derby upon reading this book. Other than these two positions to get the general idea, jammer: someone who scores points, by speeding around the track. Blocker: someone who keeps the jammer on the opposing team from scoring. The blocker can block with her body, or utilize another teammate to help shield their own jammer.

It is true that derby and skating has a strong female lgbtqia presence. There are a few worlds out there that are female friendly, and gay friendly. Somewhat. Derby actually isn’t considered a paid pro sport, even though it’s been going strong since the 1930s. So that’s a little sad in my opinion. There is still some severe sexism involved in the female athlete world.

If you are unaware of derby’s history, that will fill in the blank for you, as it’s possible this book was meant to be geared toward skating communities. I recommend Whip It! If you are gonna read a derby book for the first time, but it won’t cover derby history.
Jen
1,190 reviews2 followers
May 6, 2020
A high energy story

An entertaining & enjoyable story with some intriguing & interesting likeable characters, several hot scenes & an easily read book.
Sara (onourshelves)
536 reviews12 followers
June 13, 2020
It was hot trash (in a good way) and it was a fun read. If I wanted to, there are a bunch of criticisms I could make, but I left the book happy that I had read it, so 4 stars.
Displaying 1 - 9 of 9 reviews