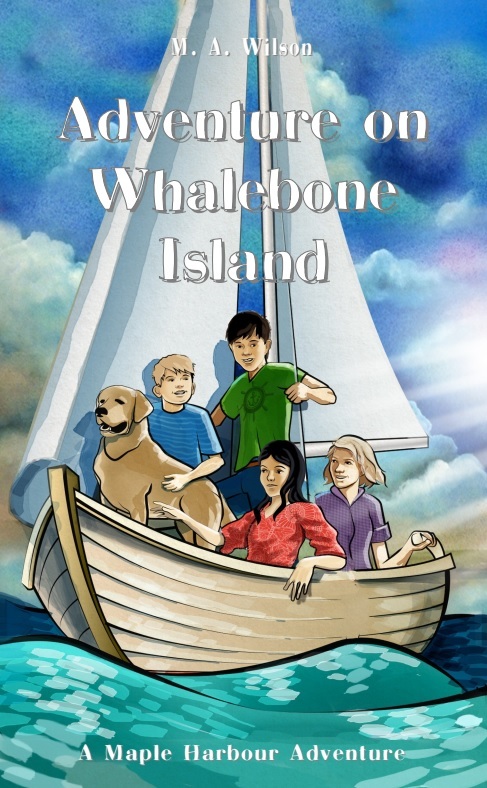 4.07
14 ratings8 reviews
Rate this book
Alternate cover for this ISBN can be found here

Ryan and Kendra have come to Maple Harbour to spend their summer holidays with their aunt and uncle. They’re expecting a leisurely holiday swimming and playing on the beach with their cousins Claire and Nathan. Claire, however, has other ideas – exploring islands in her sailboat and searching for sunken treasure. But what’s hidden on mysterious Whalebone Island? Have the four of them come across a secret that others don’t want discovered?

Children aged eight to twelve will love this classic tale of adventure that recalls an earlier era of outdoor fun, leisure, and independence. In today's over-scheduled society, Adventure on Whalebone Island stands apart for its celebration of the childhood joys of exciting outdoor exploits away from technology and the watchful eyes of parents. Filled with striking illustrations, Adventure on Whalebone Island is already a favorite of children, parents, and teachers alike.

5 books4 followers
Michael Wilson lives with his family in Gibsons, British Columbia. The Mystery of the Missing Mask is his second book for children. His first book, Adventure on Whalebone Island, was shortlisted for the BC Reader’s Choice Children’s Book Award and the Saskatchewan Young Readers' Choice Award. When not writing, he likes to sail his Flying Junior in the waters of Howe Sound.

4.07
14 ratings8 reviews
5 stars
5 (35%)
4 stars
6 (42%)
3 stars
2 (14%)
2 stars
1 (7%)
1 star
0 (0%)
Displaying 1 - 8 of 8 reviews
Cheriee Weichel
2,398 reviews33 followers
April 20, 2017
This book reminded me a lot of Swallows and Amazons by Arthur Ransome. In this book, four children spend two weeks of the summer sailing on the pacific coast. They camp out on Whalebone Island for three days by themselves, and end up in the middle of more adventures than they bargained for.
This is a classic adventure story that would make a delightful read aloud. It's got ordinary children dealing with, for the most part, ordinary challenges. All these characters are authentic individuals. The adults are ideal supportive role models.
I'm not crazy about the cover, but I really enjoyed the novel. 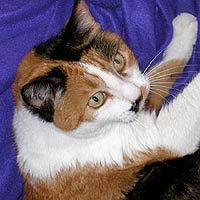 Maggie Lyons
Author 2 books270 followers
October 14, 2018
This is a classic adventure story about four enterprising children who love solving mysteries and are lucky enough to have parents who encourage the children’s independence and sense of curiosity. They like to sail, swim, make camps, and explore their healthy, sunny outdoor world. They don’t rely on computers and electronic devices for entertainment, though they may resort to a computer to help them in their explorations. They also like to solve mysteries—two mysteries, as it turns out in this book. The mysteries provide the story with a lot of fast-paced action, which should appeal even to the most reluctant reader. The story did leave me wondering about a few minor items: The children’s ages are never mentioned. The book’s back cover states it is suitable for readers aged eight to twelve. The simple narrative style certainly supports this, implying that the four children are preteens or very young teenagers, which makes their enterprising exploits quite remarkable. But they must be superthin kids because Nathan’s mother has no trouble in picking him up and Claire, Nathan’s sister, picks up one of her preteen cousins. Picking up a twelve-year-old can be a pretty heavy challenge for anyone! Another little hiccup, for me, comes when Uncle William asks Claire and Nathan’s cousin Ryan and his sister if they can swim. At the beginning of the story, Ryan recalls that when he visited his cousins two years earlier, his Uncle William liked to throw him and his sister off the dock. Not knowing if they could swim? Or is the water shallow at the dock? I’m glad to report that Uncle William seems to be a kindly soul despite his propensity for throwing children off docks. Much more important is this book’s preteen message: get outdoors, be enterprising, explore, use your brain, and appreciate adults who allow you your independence. I very much enjoyed this action-packed adventure story and can recommend it to any preteen, especially to preteens who spend too much time glued to electronic communications devices.

Debra Schoenberger
Author 6 books81 followers
April 28, 2018
Ryan and Kendra live in British Columbia, Canada and were super excited to spend two weeks with their cousins in Maple Harbour, on the BC coast.   Ryan, shy and studious wonders if he will fit in with his outgoing, active cousins.  Little does he know that his love of math and numbers will take him on an exciting and dangerous adventure!

I really enjoyed the way the author wrote from the eyes of a young person.  I could clearly picture myself feeling the same emotions and observing the same things the children would enjoy.  His descriptions were simple but thorough and I felt as thought I had personally gone on an adventure with them!

It was a pleasure meeting Michael at the Chapters bookstore in downtown Victoria.  I would be interested in reading more of his adventure books in the future.
Rio (fairy circle ink)
104 reviews
May 24, 2018
Adventure on whalebone island is a story of two siblings Ryan and Kendra when they go to visit there cousins and they have a great adventure and unravel a mystery. The whole feel of this book was classic and i really enjoyed that, but i wish the way some characters talked wasn't so formal and that they were a tad bit more in depth. The Michelle boys i also wish were explored more and we got to see more of the side of them that didn't just like boats. I did enjoy the cleverness of Clair and the relationship she had with her parents was sweet. All in all its a okay story with okay characters. The mystery i thought could have been more exiting but it was still good. Its a quick read and i think anyone who loves boats and sailing will really enjoy it.

I was sent a copy of this book by the author in exchange for an honest review.
Nicole
154 reviews5 followers
November 7, 2018
I started reading this book with a class of grade 4 & 5 students that I was substitute teaching. I enjoyed it so much that I asked their teacher if I could borrow it after they finished. The ending was somewhat predictable due to my adult predictive capabilities and extensive reading experience, but the characters and the situations they got into still made this an enjoyable read. I'll be recommending this to my nieces.

Audrey Driscoll
Author 15 books27 followers
December 20, 2016
The story is simple and straightforward, with the main focus being a series of adventures. The children get re-acquainted, go swimming, sailing and enjoying the natural world. In the course of these activities, each of them has to deal with challenges involving self-confidence, getting along with others and learning new things. The action intensifies when they start looking for a sunken boat and survive a storm at sea, seeking shelter on Whalebone Island. While camping on the island, they encounter unexpected hazards presented by a group of criminals. Each child must call upon their inner resources to extract themselves and each other from dangerous situations.

The characters are sufficiently distinct from one another to give most readers someone to identify with. The situations are realistic and plausible, but the world in which these kids live is essentially a safe and secure one. There is no family dysfunction, corrosive personal anxiety or urban grittiness. This is a sunny adventure, perfect for entertaining its intended audience, who may also vicariously enjoy a lot of good food while reading about the meals and treats partaken of by the four adventurers.

The elements of this book -- pre-teen children on a summer holiday, small sailboats, camping on an island, a quest for treasure, unexpected hazards -- necessarily reminded me of Arthur Ransome's books. Adventure on Whalebone Island may be favourably compared with those classics, incorporating the key elements in a present-day setting on the coast of British Columbia. One difference is these children inhabit the same world as the adult characters. There is no attempt on their part to create an alternate reality like the kids in the "Swallows and Amazons" stories. This is not a fault, but having made the comparison, I thought it worth mentioning.

The illustrations, by Vadym Prokhorenko, are notable for their elegant simplicity.

Bernadette Calonego
Author 12 books93 followers
January 12, 2017
This wonderful children`s book reminds me of last summer when a friend of mine and mother of three boys wanted to distract her youngsters from their smart phones and Pokemon Go. We took them to explore a cave, went out fishing in a boat, the kids bathed their feet in a pool near a waterfall, we went on a treasure hunt a.s.o. The boys really enjoyed it and it made beautiful memories. This book is about all this: about adventures in a sail boat, looking for a sunken ship, explore islands along the coast, even solving a criminal case! And above all, it is about the camaraderie between kids, the freedom to roam and the rewards that you find on an exciting camping trip in untamed nature. "Adventure on Whalebone Island" that is set in the "Beach Combers" territory on the Sunshine Coast in British Columbia - you remember the successful TV series way back? - reminds me a lot of the atmosphere I found as a kid in "Huckleberry Finn" or "Treasure Island". In this sense it is a nostalgic read for adults and a refreshingly unfamiliar but enticing environment for city kids. By the way, the childrens`parents in the book aren`t overly protective and don`t prevent their children from having adventures which was nice to see. I hope this is only the first one in a series which will follow!