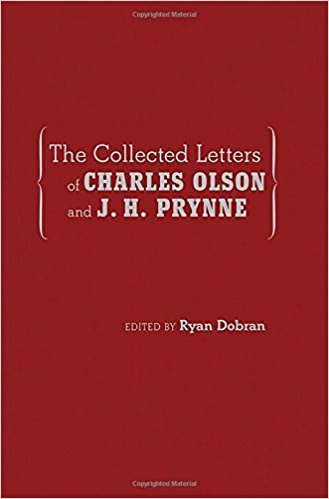 The Collected Letters of Charles Olson and J. H. Prynne

3.00
1 rating1 review
Rate this book
Edited by poet and scholar Ryan Dobran, this volume of correspondence between the American poet Charles Olson (1910–1970) and the English poet J. H. Prynne (b. 1936) sheds light on a little-known but incredibly influential aspect of twentieth-century transatlantic literary culture. Never before published, the letters capture the men's shared passion for knowledge as well as their distinct writing styles. Written between 1961 and Olson s death in 1970, the letters display the mutual admiration and intimacy that developed between the two poets after Prynne initiated their exchange when pursuing work for the literary magazine Prospect. This work illustrates how Olson and Prynne influenced each other, and it represents an important step toward understanding their contributions to poetics on both sides of the Atlantic.

3.00
1 rating1 review
5 stars
0 (0%)
4 stars
0 (0%)
3 stars
1 (100%)
2 stars
0 (0%)
1 star
0 (0%)
Displaying 1 of 1 review
Christopher
1,242 reviews141 followers
July 15, 2021
The correspondence between poets J.H. Prynne and Charles Olson began in 1961, when Prynne was editing a short-lived literary journal and soliciting input from Olson. Though English himself, Prynne was disappointed by British poetry of the time and much more interested in goings-on in America. The exchange of letters remained intensive until 1967, with just a few letters exchanged thereafter until Olson’s death in 1971.

This collection generally tells the reader much more about Prynne than about Olson. Prynne’s letters are lengthy and discursive, informing Olson about Prynne’s latest readings in historical-comparative linguistics, history and archaeology. These are subjects that interested Olson as the American poet was writing his The Maximus Poems. Often long quotations, photocopies, or fascicles are included for Olson’s convenience.

Olson’s letters, on the other hand, feel quickly dashed off and somewhat scatterbrained. Olson was happy to have Prynne’s help in sourcing some things on early Massachusetts settlement from English archives, and all the stimulating reading material that Prynne procured for him. However, Olson clearly didn’t put the same effort into his own letters, and many are little more than (paraphrasing) “That’s great, Jeremy, keep it coming.”

So where this book has value is in tracing Prynne’s development as a poet. For example, it is well know that Prynne was eventually dissatisfied with his first collection of poems and forever suppressed it, but a letter to Olson here reveals that he was unhappy with that book before it even left the printers. Several of the poems that made their way into Prynne’s first mature collection The White Stones were shown to Olson first in dated letters, so we get an idea of what had been written by 1965. Prynne’s esteem for American poet Ed Dorn, a mutual acquaintance of the two, comes through (while Olson, for his part, raves about Leroi Jones a.k.a. Amiri Baraka – from half a century’s remove strange bedfellows).
Displaying 1 of 1 review