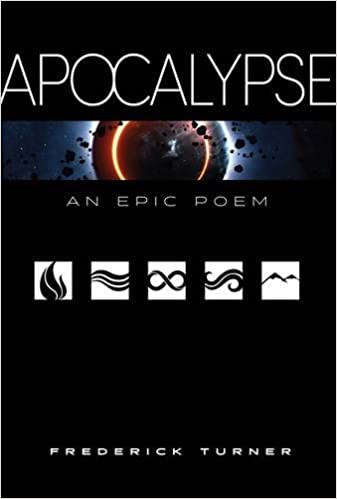 3.73
11 ratings3 reviews
Rate this book
It's 2067. The Antarctic ice sheets have collapsed. World sea levels have risen several feet and are rising faster still. The climate has changed catastrophically, and meteorological disasters are becoming a daily occurrence. Yet global power structures fail to respond, remaining frozen in political and ideological gridlock.

To confront this chaos, billionaire Noah Blazo recruits a team of genius misfits to bypass the political paralysis. With support from a coalition of island and coastal nations that are vulnerable to these catastrophes, his team launches an unsanctioned geo-engineering effort to restore the Earth's ecological balance--an activity that prompts a global power struggle immediately leading to war.

Events in the center of this conflict inadvertently trigger the emergence a quasi-divine being, Kalodendron, who dwells within the Internet. With her arrival comes a further threat to the Earth--the appearance of the dark star Wormwood, which looms within our solar system and is drawing closer.

With Kalodendron's help, can Blazo's team avert this two-fold threat the Earth's destruction? Or do the tragedies that quickly follow ensure the planet's final destruction?

Apocalypse features a rich cast of fully realized characters, including the old Texan, Noah Blazo, a beneficent Captain Ahab with his own secret grief; Anneliese Grotius, the internet genius who is also the curator of the Amsterdam Museum's Flemish collection; big gloomy Ala Ifu-Eshu, who has dealt with her Boko Haram husband and becomes a leader in the art of seawater farming; the mathematicians Chandrasekhar Engineer and his son Gopal; the British naval maverick Peter Frobisher; the two popes, Pius XIII and Francis III; and the troubled narrator, Nemo, who has been commissioned by Noah to compose the poem itself as its events occur.

Apocalypse is a major new work on the poetic landscape, an odyssey that addresses the global anxieties, emerging technologies, and spiritual yearnings of our time. Addressing themes of humanity's capacity for creation, destruction, rebirth, and redemption, Apocalypse is a transformative vision of the deepest and most passionate relationships that define us and give our lives meaning.

19 books2 followers
Frederick Turner was born in Northamptonshire, England, in 1943. After spending several years in central Africa, where his parents, the anthropologists Victor W. and Edith L. B. Turner, were conducting field research, Frederick Turner was educated at the University of Oxford (1962-67), where he obtained the degrees of B.A., M.A., and B.Litt. (equivalent to a PhD) in English Language and Literature. He was naturalized as a U.S. citizen in 1977.
He is presently Founders Professor of Arts and Humanities at the University of Texas at Dallas. From 1978-82 he was editor of The Kenyon Review.

Librarian’s note: There is more than one author in the Goodreads database with this name.

3.73
11 ratings3 reviews
5 stars
4 (36%)
4 stars
3 (27%)
3 stars
2 (18%)
2 stars
1 (9%)
1 star
1 (9%)
Displaying 1 - 3 of 3 reviews
Jonas Perez
Author 6 books30 followers
June 18, 2017
An exclusive and innovative book. Brave in every way. It is easily admired, and more quickly unappreciated. The blank verse resembles the novel in flow, but faithful still to stress and meter. I enjoyed the points of the work that are most reflective rather than narrative, I believe that "Nemo" the poet narrator is strength is in his reflection of Turners world from his wide seeing eyes. The content is noble in the fact that it's adventure theme is faithfully epic. For its execution I would given it four stars, only by the fact that I don't enjoy blank verse nor science fiction. But it's ingenuity alone merits a star. So five stars for a contemporary work, from a noble living poet, a rogue with all the talent and mind to admire. Great work! 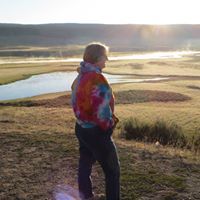 Susan Lynx
34 reviews
July 13, 2017
GORGEOUS, SOARING, PROVOCATIVE, POIGNANT
In just 10,000 lines Turner treats us to beautiful, compressed blank verse, characters to care about in a desperate plot to save our precious earth, and an emerging super-consciousness - but also a lesson in what "epic" really means. I am reading it for the third time now, out loud, with my spouse. It reads beautifully.
Vitalia Strait
370 reviews2 followers
April 20, 2021
This massive undertaking of this book is clearly something to be praised, but to be honest, I didn't really enjoy it. While I appreciate the idea of a futuristic epic, I don't see why it was necessary in this case. I think it would have been much better and clearer in prose, although I think that then there would be nothing to set it apart from other futuristic novels.
Displaying 1 - 3 of 3 reviews