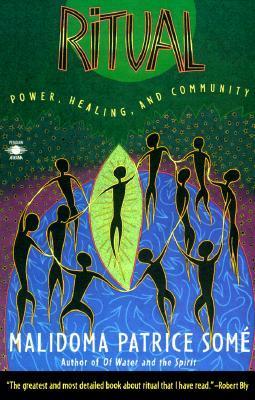 In this remarkable book, Malidoma Somé explores the essential role ritual plays in maintaining community and examines the structure common to all ritual. By telling stories of the rituals of his native West African Dagara culture, and of his own experiences in the tribal community, he makes a convincing case that the lack of ritual in the Western world is a fundamental reason that the fabric of society is unraveling. "The hurt that a person feels in the midst of this modern culture should be taken as a language spoken by the body," writes Somé. "Our soul communicates things to us that the body translates as need, or want, or absence. So we enter into ritual in order to respond to the call of the soul." The name Malidoma means "he who is to be friends with the stranger/enemy," and Somé, who has doctorates from the Sorbonne and Brandeis, abandoned his teaching career at Brandeis at the instruction of village elders to devote himself completely to speaking and, with his wife Sobonfu, conducting workshops on ritual.

"The question is, can the modern world find ways to perceive the subtle knowledge and imagery of the tribal world? Can Western understanding open a place for tribal visions of spiritual life and community rituals to enter? Malidoma Somé is uniquely qualified to find the thresholds between the worlds and hold the gates open." —Michael Meade

13 books147 followers
Malidoma Patrice Somé was from the Dagara tribe of Burkina Faso, formerly Upper Volta, West Africa. "Malidoma," in his native language, means "be friend with the stranger." He was an initiated, gifted diviner and medicine man of his tribe. He held three master's degrees and two degrees from the Sorbonne and Brandeis University. His well-known book Of Water and the Spirit: Magic and Initiation in The Life of an African Shaman is treasured throughout the world. In the years preceding his death, Malidoma devoted part of his time to conducting intensive workshops with his wife Sobonfu.