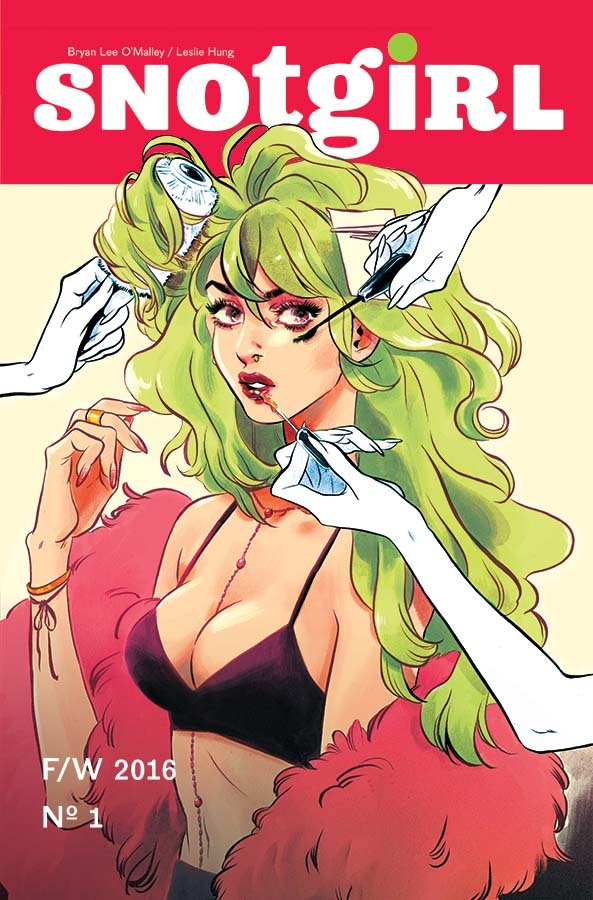 3.70
2,913 ratings145 reviews
Rate this book
WHO IS LOTTIE PERSON? Is she a gorgeous, fun-loving social media star with a perfect life or a gross, allergy-ridden mess? Enter a world of snot, blood, and tears in this new ongoing series from New York Times Best Seller BRYAN LEE O’MALLEY (Scott Pilgrim) and dazzling newcomer LESLIE HUNG! 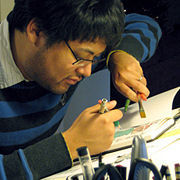 50 books3,931 followers
Bryan Lee O'Malley is a Canadian cartoonist. His first original graphic novel was Lost at Sea (2003), and he is best-known for the six-volume Scott Pilgrim series (2004 to 2010). All of his Scott Pilgrim graphic novels were published by Portland, Oregon-based Oni Press. In July 2014 his graphic novel Seconds was released by Ballantine Books. He is also a songwriter and musician (as Kupek and formerly in several short-lived Toronto bands).
-Wikipedia

Ok where do I start, an interesting introduction to a “superhero “.
Lottie is a fashion blogger with horrendous allergies, and in this episode meets up with coolgirl Caroline after being stood up by her blogger friends.
Great drawing and colour, a sort of interesting story, and I worry I could be hooked 🤣

Sam Quixote
4,425 reviews12.7k followers
September 22, 2018
After the brilliant Scott Pilgrim series and the hugely enjoyable Seconds, Bryan Lee O’Malley’s earned a lot of trust from me. So when I heard his next project was Snotgirl, about a fashion blogger with allergies, I was excited because I thought O’Malley would take this seemingly uninteresting concept and spin gold out of it – and unfortunately he hasn’t. Snotgirl is the first O’Malley comic that was both very boring and unexpectedly quite annoying to read.

There’s not really a lot to say about Snotgirl #1 beyond the premise of the fashion blogger with allergies, which is why it’s so tedious – no surprises. Snotgirl is Lottie Person, a vapid and shallow LA girl who presents a polished, put-together modern woman to the outside world but, in private, her allergies make her snot a lot. Her boyfriend broke up with her, her friends are just as vapid and shallow as she is, her blog’s not as successful as she’d like, and she’s kinda lonely. Then she meets Caroline (whom she names “Coolgirl” in her mind because they both like the same coffee) and the two become fast friends while her new doctor prescribes her a new pill for her allergies.

Which part of the above sounds interesting? Because none of it is in the least bit compelling to read. Nor is it really a story - the comic is a formless vague meandering for the most part. It doesn’t help that Lottie is a loathsome self-centred ninny and not at all personable while the text speak that occasionally litters the page is just irritating.

Leslie Hung’s manga-style art is pleasant but nothing special and the barest whiff of a story does seem to emerge in the final pages, but otherwise Snotgirl #1 is a disappointing and underwhelming start to this new series – definitely not a must-read for anyone, even for fans of Bryan Lee O’Malley.
Coleen (The Book Ramblings)
205 reviews58 followers
September 12, 2016
The only aspect of this comic that I enjoyed was the artwork. The first issue is always the set up for the story line and introduction into the characters, which is sometimes difficult to pace everything out properly, but it just felt all over the place and just a big mash-up. The ending came out of nowhere, and wasn't what I expected, but the only aspect of this issue that would ever-so-slightly spark my interest in knowing what happens next. Although, at the same time, I don't care to pick up another issue to read more about Lottie.

Kelli
490 reviews6 followers
September 5, 2016
Totally weird and about everything I hate (fashion, unnecessary drama, allergies?) but for some reason I can't look away and I need more! The same pop culture, lighthearted yet serious feel that O'Malley brought to Scott Pilgrim, but this time our protagonist is a selfish (but endearingly so?) fashion blogger surrounded by all kinds of other caricature type friends that we all know. Her ex is dating one of her former interns, which is unacceptable, but Lottie is trying to focus on the positive with a new Cool Girl friend! But that ending though...

This was... different. Lottie seems like a really complex character. There were moments where I disliked her, but then moments where I really connected to her. It's cool having a MC the same age as me too. The story seems really unique and the art and colours are absolutely stunning. I'm definitely excited to keep reading this!!

Maxine Marsh
Author 29 books72 followers
February 13, 2017
You will not be able to explain why you love this comic but you will. Badass ending, they don't catch you like that anymore. Give this a chance, one issue and you'll be intrigued in the weirdest way.

I wasn't gonna read Snotgirl when I saw it in a bookshop but after reading the first issue it's really different than I expected!! That ending though!! I'll probably be carrying on with this one!

Nicolo
1,983 reviews114 followers
November 17, 2020
This comic speaks to me and my allergies. I get Snotgirl, the snot-dripping part anyway, and not the fashion blogger side. That said, the cliffhanger last panel and the art is enough to make me come back for issue 2.
Jeannette
644 reviews136 followers
February 21, 2017
Also available on the WondrousBooks blog.

As gross as the title sounds, Snotgirl is absolutely the best first issue I read from this year's Image comics Humble Bundle.

For starters, the art is gorgeous! Even when it's kind of disgusting, it's also drawn with style.

I had theories about the plot, but I didn't manage to crack what's actually going on with Snotgirl, but it a completely positive way, because I'm now very excited to continue reading on.

And also, happy to say that Brian Lee O'Malley is as awesome as ever!
Kaethe
6,330 reviews451 followers
January 19, 2021
Snerk. As a sufferer of allergies myself, I empathize. But a fashion blogger? That's outside my ken.

But as a fan of Scott Pilgrim, both as graphic novel and film, it's not like I was going to give it a pass. Hung's art is fun, and the manga look suits the material. So yay! Now I don't have to feel bad that I 'm four years behind, but can instead rejoice in having four years of volumes to binge read.

Okay so I wasn't liking this at all. I felt kinda grossed out and didn't like the main character's personality at all. I know we were seeing how many insecurities she had which was supposed to make her more relatable I guess, but she is truly ugly on the inside and I just can't commit to reading a series based on that.

But that damn cliff hanger!!! Unffff I wanna know what happens!! 😫
Amanda
255 reviews148 followers
August 10, 2016
I was expecting to be a little jolted by the fact that we're getting a Bryan Lee O'Malley story but for the first time, not Bryan Lee O'Malley's art work to go along with it. And I have to say, Bryan Lee O'Malley and Leslie Hung are a dream team.
Stacy
688 reviews1 follower
July 21, 2016
I liked this. It has an unnatural quality of sharing characters who resemble people I know in my life. There is a believable selfishness that exists in our protagonist, that exists while also driving me to be fond of the character, too. I say this because these themes aren't common nor easy to produce in a project. There was some confusion at the end (and a twist, DID NOT SEE IT COMING) about what happened. I had to reread the last few pages because passive reading left me unprepared for the conclusion. Usually having to reread scenes annoys. The panels are simple enough that it wasn't much of a chore, though I still feel like a panel inserted could have avoided any confusion at all.


What did I just read?

Beth Simms
58 reviews12 followers
March 18, 2022
Oh my god, this is so much better than Scott pilgrim!!!!
lea
60 reviews1 follower
June 8, 2022
nothing can ever stop me from reading comics thèse days, not even exams

sana
433 reviews22 followers
November 26, 2022
i probably won’t continue this, and i honestly just read it because it was free on apple books. 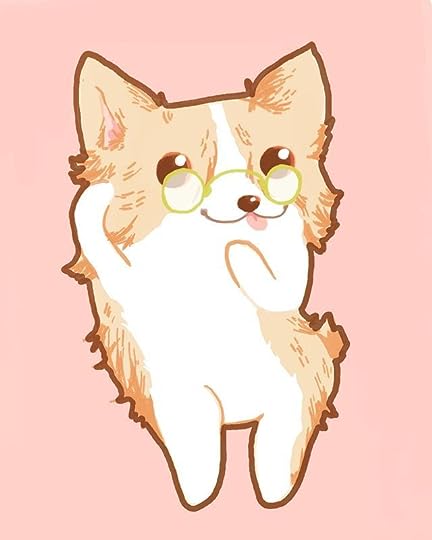 What a convoluted and nonsensical plot. It doesn't seem to be setting up for anything monumental. Instead I get the feeling that it's wondering aimlessly until it can find a plot. I still have no idea why she's called snot girl. Who are these extra characters? What is even happening? What is real. The art is the only thing keeping me hooked. Otherwise I don't have a reason to continue other than to look at the pretty outfits and character designs. So far, I'm going to see where the story takes me, but it for the most part it seems like a hallucinatory murder mystery behind the secret life of an influencer obsessed with their own metrics.
Damarcia ♡
123 reviews10 followers
August 7, 2016
I had heard so many good things about this comic, and after quickly glancing through it in the store and falling in love with the art of it, I knew I had to buy myself a copy to see if it was worth the hype. Personally, I enjoyed it a whole lot. Lottie seems like an interesting character. It's only the first issue so we still don't really know too much about her besides her age, the fact she's a fashion blogger, and that she has allergies (also, why is this important for us to know? hmmm.) The ending left me so confused, like okay plot twist! Excited for the second issue and to see how this story continues on.

Racheal
1,013 reviews82 followers
August 16, 2016
Holy WOW does this feel out of touch. It's super "ikr idek omg lolololllollol", plus the main character is a "fashion blogger" without ever acknowledging that that's...not really a thing anymore. Of course there are people still living the entirety of their unrealistically perfect lives online, but "fashion bloggers" had their heyday in about 2009. This reads like a story written by guy who read a bunch of teen manga from the mid 2000s and decided to write what he thought would be a hard hitting social commentary but what just ended up being this sad, outdated mess instead.
daniella
14 reviews14 followers
February 17, 2017
HOLY COW, THAT WAS WAY BETTER THAN ANTICIPATED!

I love Bryan Lee O'Malley's work on Scott Pilgrim and Seconds, but this was wild. Only the first copy and I'm in love with the art, I'm dying for more backstory, I'm really interested in the characters, and I need the next issue right now! (Why does it not come out until late August...)

Would recommend to anyone who likes comics, quick reads, and lighthearted-while-also-lowkey-serious reads.

Joansie
115 reviews15 followers
February 2, 2017
I came here for Bryan but Leslie also killed it. (Pun intended.) While I'm not particularly interested in fashion (don't understand it) or allergies (just CAN'T stand it) I did, somehow, enjoy this issue. The dialogue, whilst being a little smug, was still fun and had a clueless feel to it but the ending flipped me over and spun me sideways in a jolt of shock horror surprise. What on Earth just occured?! Excited to see where this one goes with #2..
anna
200 reviews35 followers
September 16, 2019
Art style is on point.

Jessrawk
123 reviews3 followers
July 25, 2016
A gorgeous, superfun read for the first in the series. It has that O'Malley flair & seriousness that makes you fall for the main character immediately. Excited to see where this weird little venture goes.