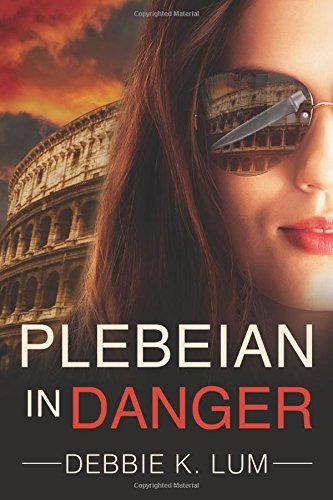 3.93
15 ratings3 reviews
Rate this book
Lauren Logan Hayden thought her stage fears would be her biggest challenge on her band Plebeian's rescheduled world tour. But with their new guitarist seriously injured, their producer's dead body found in a canyon and a shocking discovery in her husband's bed, Lauren's now got bigger problems.

Plebeian's world tour is unraveling; and it's all according to plan. By the time the band discovers the enemy within; Lauren has fallen into his trap. Suddenly her husband's life is at risk and the world tour is in jeopardy. Lauren must face the killer to stop this, and resist his love.

5 books75 followers
DEBBIE K. LUM is an unlikely author, a non-reader who was inspired by a self-esteem ad campaign encouraging little girls to dream big. Her romantic suspense novels feature fun, flawed characters with steamy and complicated relationships (and plenty of surprises!) In 2018, Lum released I CAN HANDLE HIM, which was called "A fresh, enjoyable tale." by BlueInk Reviews. Reviews for the book have been published in Booklist Magazine and Kirkus Review Magazine. Her 2017 novel, THE DOCTOR, THE CHEF OR THE FIREMAN, was called “A quick, satisfying romantic mystery.” by Kirkus Reviews. In 2016 she debuted PLEBEIAN REVEALED, PLEBEIAN IN DANGER and PLEBEIAN REBORN, a series about a married woman who finds sudden fame with her ex-boyfriend.

Debbie splits her time between Florida and Georgia and drinks more unsweetened iced-tea than she probably should.

Shane on a world tour and a greedy record label comes together to make an exciting story. The characters are true to life and portray real emotions. As the band travels Europe on tour, they deal with horrendous situations and finally bring their band home in shambles. recommend this book to those who like action and drama. I received this book from Goodreads for free.

A successful band has too many accidents and bad luck which is not ordinary. Members of the band become suspicious of their manager. Lauren, the lead singer, is having a meltdown from all the stress and her marriage has been attacked. After a slow start the story takes a fast ride to the suspenseful conclusion.
Heidi Brown - Floyd
128 reviews4 followers
November 27, 2017
If you are interest in Rock-n-Roll, mystery and romance this is a series for you. You will come to love the character of this series since they are so realistic. I had a hard time putting down the book. I am looking forward to the next book in the series. I recommend to my family and friends to read.
Displaying 1 - 3 of 3 reviews