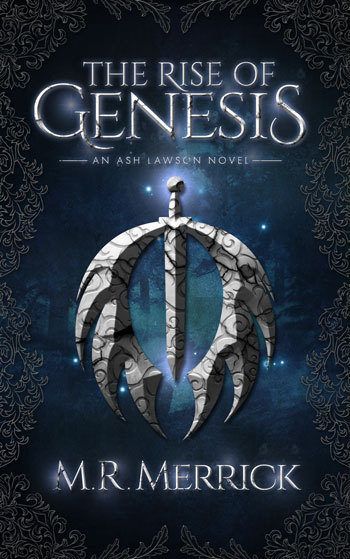 The Rise of Genesis

3.50
18 ratings2 reviews
Rate this book
In a world where being Supernatural means you’re in danger, Ash Lawson is front and center. After years of helping others escape ATOM—a government entity known for abusing Supernaturals—he’s captured, and saving himself will prove to be the most difficult task he’s undertaken.

Tryst Rivera is a Succubus and veteran at the Academy, a facility tasked with converting underage Supernaturals into cooperative ATOM soldiers. She’s endured her time mostly unscathed, but when Ash arrives and their lives are tethered to one another, she’s placed in immediate danger.

With escape at the forefront of his mind, Ash struggles with the idea of life under ATOM’s thumb. He’ll die before he converts, but his life isn’t the only one he’s responsible for, and he already has more blood on his hands than he can bear. When a chance for freedom arises, Ash needs to decide how much—and who—he’s willing to risk for a second chance.

7 books323 followers
M.R. Merrick is a Canadian writer and author of The Protector Series, and The Rise of Genesis. Having never traveled, he adventures to far off lands through his imagination and in between cups of coffee. As a music lover and proud breakfast enthusiast, he's usually found at the computer between a pair of headphones and a large bowl of cereal.

Ash Lawson is an angel in a world where supernaturals are hunted and angels are distrusted...even despised. Always on the run and trying to help his fellow supernaturals, he's devastated by a loss that hits him hard. In his weakened state, he's captured and sent to become a tool for the government, like he would though. But not everyone or everything is as it appears. Wading through who to trust and who to fight, Ash must recover from his losses and find a way out of a "school" even an angel can't escape.

I love Ash. He has a big heart and even bigger doubts about himself. Trying to make the right decisions, he makes mistake after mistake. But he doesn't want to hurt those that he's learned to trust and care about. He's in an impossible circumstance and I admire his strength and conviction. No doubt I was cheering him on and hoping a miracle would happen.

The friends Ash makes along the way were easy to love. Tryst is amazing. Strong yet wary, she wants to stay away from Ash and his overwhelming problems. She's lived in captivity safely for awhile and there's no point risking what she has. Yet what she has is captivity. It takes her some time to figure that out and to decide what she's willing to risk. Her desire to protect Soren is sweet and I loved her more for it.

And Soren. Oh, Soren. So love him. His nature is tender but he holds so much strength. The secret he keeps even from Tryst and his desire to take care of her had me falling in love with him. Their relationship was very much like siblings. Both fiercely protective of the other; both willing to sacrifice to help the other. So sweet.

As for the cast of enemies? There's a long list. Colby is at the top of my hate list. He did something that I can never forgive and I hope he rots in hell for it. So you might have noticed that this book invokes my emotions. This author is good at that. But Gage, Gareth and Hendrik? Not fans of them either. They may have some reasons for their crimes but I don't like them. Not one little bit.

The writing is deeply descriptive. This book can transport you to a world like you've never seen and hold you there captive until you finish it's pages. It's one of my favorite things about reading this author, the pictures he paints in my mind. Very enjoyable.

Looking for good fantasy with great character and even a kiss, then look no further. Give this one a try.

Shirley
1,877 reviews56 followers
May 16, 2016
I can honestly say that I've missed M.R. Merrick's fantastic world building and descriptive writing. I can also honestly say that I didn't miss the torture he puts his characters through. Unfortunately, you can't have one without the other and it only takes reading the first chapter of The Rise of Genesis to prove my point.

Ash Lawson is a hero, or at least he tries to be. He lives in a world where few know about the existence of supernatural beings and those that do want to harness their power. He also deals with the fact that his particular brand of supernatural being is hated by the others. To make matters worse, shortly after he's introduced to readers, his entire world is shattered and he ends up captured... and worse. Yeah, M.R. Merrick wins the #evilauthor prize for not wasting any time. Things are intense in The Rise of Genesis from the beginning to the end.

Of course I loved Ash, but the author didn't stop at him when it came to amazing characters. Tryst and Soren were among my favorites. They gave Ash a reason to fight as well as protect. Even the characters I hated in the beginning had their moments. Not enough to forgive them entirely, but Gage and Gareth had a few redeeming moments. There were those that I could never forgive though and I don't even have to mention them. Once you meet them, you'll understand.

As for the rest of the story... I can't do it justice by trying to explain. There were so many levels to this world, but then that came as no surprise. Merrick is a master at world building, which he proved in The Protector series. His supernatural beings have their own twist and the different levels of the world he created look on a life of their own in The Rise of Genesis. The characters, with a few exceptions, are not entirely good or evil. Just like the human race, they cross the line.

There are moments that broke my heart, but also moments that made me smile. And in true M.R. Merrick form, the ending made me want to scream. (Can you say cliff hanger???) Needless to say I'll be stalking this particular author on a regular basis to try to find out when the next book in the Ash Lawson series is expected. The fate of more than one character was left hanging at the end and I need to know what happens next... sooner rather than later. o.O
Displaying 1 - 2 of 2 reviews