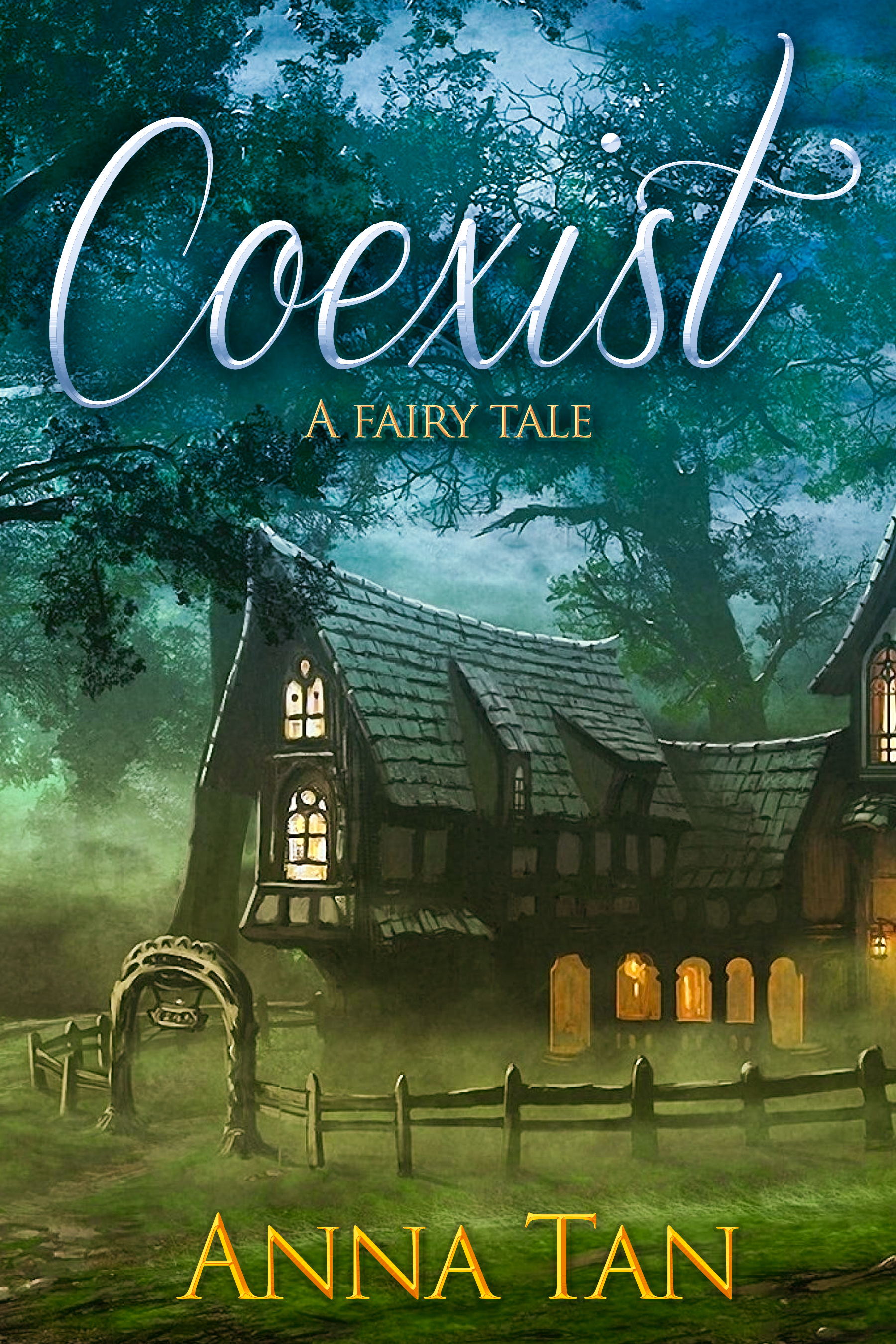 4.10
31 ratings13 reviews
Rate this book
Jane Hays has been told all her life that it’s dangerous to be out in the forest past sundown. At fifteen, she’s quite sure that it’s all old wives’ tales... yet, why does her village bar the gates every night? Why do they even have gates? When she is caught in an unexpected rainstorm on her way home, Jane ignores all the warnings and seeks shelter in a cottage in the middle of the forest. Soon, she is caught up in a world of magic and beauty – and in the storm of the Fairy Queen’s wrath.

The Fairy Queen is out for blood. There have been intruders - human intruders - in her domain and she will stop at nothing to find them and kill them. After all, it is only fair. She is only seeking retribution for the death that humans leave in their wake.

But Jane isn’t all that she seems to be. And the events of the night aren’t as innocent as they appear.

A tale of magic, fairy creatures and family, Coexist is a novella for the young and the young-at-heart.

24 books159 followers
Anna Tan grew up in Malaysia, the country that is not Singapore. She writes fantastical stories and fairy tales, and has short stories included in various anthologies. She helps people publish books at Teaspoon Publishing, which includes yelling at HTML for epub reasons. She is also the editor of NutMag, an annual zine published for and by MYWriters Penang.

Anna has an MA in Creative Writing: The Novel under a Chevening scholarship and is the current President of the Malaysian Writers Society. She is interested in Malay/Nusantara and Chinese legends and folklore in exploring the intersection of language, culture, and faith. She can be found tweeting as @natzers and forgetting to update annatsp.com.

Welcome to Anna Tan’s world, where the title tells its own story. Coexist is a sweet tale with a hidden lesson in there, filled with centaurs, sprites, humans, elves and an ogre or two, as well as so many characters from the land of myth and legend.

Long ago there was a pact made between the creatures of the magical realm and the humans, a pact that forever separated them from each other, but when young Jane is lost in the woods, she crosses the boundaries and discovers the wondrous creatures that live beyond. To return her safely to her village could cause bloodshed between humans and the magical creatures if evil from both sides of the barrier should discover what has happened. Will Jane arrive home with the help of creatures coexisting in peace together or will she become the catalyst for destruction? How did Jane cross the boundary? How will lives change if they cannot learn to coexist?

Anna Tan has created a wonderfully delightful tale for middlegrade readers on up. There is the element of magic, of creatures from myths, and lacks a time barrier to its magic. Well written in a soft voice, the intrigue is there, but the deadly violence is not.

I received this copy from Anna Tan in exchange for my honest review. 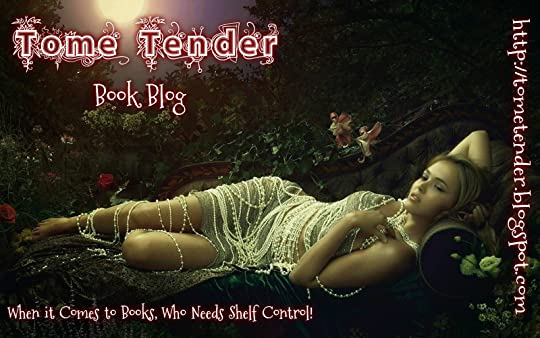 Clare O'Beara
Author 21 books324 followers
August 23, 2017
A lot of chopping and changing in this short fantasy. It's set in Britain varying from the 1800s to 1900s with no explanation. And a character has to find Baba Yaga, who is a Central European myth, not a British one.

Expect adlets - half human, half dog - dryads, centaurs and elves, with more to come. All because a girl was late getting home from picking herbs. The humans in the tale seemed to be only reacting, not changing anything nor themselves, and everything or everyone else seemed to want to follow a preset way of behaviour appropriate for their species. Until about halfway we follow a different character in every chapter, which stops us from getting to know any one well. So the characters I liked most were actually small children because they just took what they saw for granted once they got over their fright.

Nice enough writing style but I did find too much crammed in for a short story and thought better focus would have helped. The read is suitable for YAs or adults.

This was a free download. I chose to write an unbiased review.

I found this story to be a wounderfull telling about how we humans should never give up stories about magic and the Otherworldly beings.

Agnes Ong
Author 5 books4 followers
February 20, 2017
Coexist is a story of 15-year-old Jane Hays who is lost and stranded in a forest after dark. She soon discovers the truth behind the old wives' tales about the forest. In her quest to find her way back home, she uncovers the mystery behind her true identity.

Anna's novella reminds me of Stardust by Neil Gaiman. It filled me with wonder as I read about the many amazing and mythical fairy and magical creatures which fantasy genre lovers will be familiar with. She managed to cleverly use these many characters to create an intricate plot of deceit, love, and family drama.

There is also the subtly hinted theme of environmental preservation throughout the story. It is indeed a well-told tale which ended a little too quickly for me.

If you love fantasy tales, this one is not to be missed.


Robyn Gaye-Murphy
126 reviews2 followers
December 14, 2017
Coexist by Anna Tan is a lovely fairytale about many different species all trying to live as best they can but not trying very hard or even knowing how to get along until one young girl Jane goes into the woods searching for herbs to make her unwell mother's medicine and then wanted to return home but had to shelter overnight from the rain. She found a house in the forest, empty but with a fire warmly glowing. She settled there comfortably and met the owner when he returned home himself out of the rain.
He settled her safely to sleep until morning when he intended to show her the way home.
However, more was to happen!
Her father had gone looking for her, and younger sister Mary had followed curiously. The three of them came across so many species that take care of the forest. Even Jane's mother was worried enough to make her entrance into the forest bringing undone manny secrets hidden for too many years.
A wonderful story of how it is never to late to learn tolerance and to put down pride and take up friendship which is so much better for all.
I received this book for free and voluntarily reviewed it. Please read and enjoy this fantastic lesson on tolerance. It is a great read.

Willow Woodford
Author 1 book8 followers
March 6, 2016
Anna Tan’s tale Coexist was a step away from my usual reads. A young adult fantasy novel, it drew me in from the beginning. I’ll admit that at first I had trouble following the story, but I attribute this to my lack of experience with the fantasy genre because once I caught on I was drawn in and mesmerized by her story. I read this in a single sitting while I was waiting for my daughter to finish up work, it took me a little under three hours but I am a fast reader.
I loved the fact that Tan draws on fantasy and mythology that I was already familiar with in her story and that the tale itself is intriguing and spans several generations giving it a depth that I didn’t expect.
I’d recommend this book to anyone, of any age, who is looking for a sweet story of love and intrigue, but most especially the young adult crowd who love the genre. It is a delightful way to spend an afternoon.

I was given a pre-release copy of this book for purposes of review. My review is entirely my own.
Jennifer Hernandez
454 reviews10 followers
December 5, 2017
There was a lot of imagination in this book, but it felt disjointed. If you don't make sure to read the chapter headers you can get lost pretty quick because it jumps between decades at the drop of a hat. There isn't really a chance to get into any one character since it constantly switches points of view. But it was creative.
Patricia Lynne
Author 20 books107 followers
August 16, 2016
I read this on the author's blog during the A to Z Challenge. it's an amazing fantasy with unique characters and a few shout out to JRR Tolkien. it's been fleshed out, but that also made it a little choppy feeling.
Patricia Soares
49 reviews1 follower
December 21, 2017
This was an amazing reading. I though I knew where the story was going when I started reading it, but I had no idea. So much happens in the tale, there are many interesting characters and there is this enchanted feeling that makes me smile.

Nancy
775 reviews57 followers
July 24, 2016
This was a good book how ever I do wish the author had done more to make it more interesting. I look forward to reading more of this author's work. 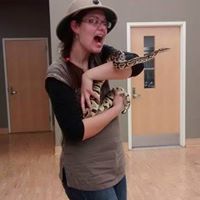 MJ Smitherino
1 review1 follower
June 17, 2016
The writing is fantastic. It kept me engaged and turning the pages. I did not understand why the dates are important or significant. Did not feel as though that added much to the story. The characters are good characters, and the story was interesting enough to get me to power through it in a day.