4.04
27 ratings8 reviews
Rate this book
Sleepwalking through life on a quiet island near Seattle, Oliver Bruce is struck twice in one day. Emerging unscathed from an accident that leaves his SUV a crumpled mess, Oliver finds a fragment of a letter about an invention that could change the global energy landscape. The discovery brings Oliver face-to-face with the widening chasm between his mundane existence as a middle-aged family man and the richer life he longs for.

Oliver is drawn to locate the invention by embarking on a journey to the jungles of Ecuador, where he places trust in an enigmatic young beauty—while believing with increasing certainty that he is being followed.

Told against a backdrop of colorful characters and exotic locations, Goodnight Sunshine unwinds Oliver's gradual descent from youthful optimism to mid-life malaise, ultimately forcing him to re-evaluate his core beliefs and face the true source of his discontent.

2 books24 followers
Mark Cameron is an avid traveler, entrepreneur, husband, and father of two unschooled children. Mark can be found expressing his opinions and musings online at http://markofwords.com. In real life, you might find him in the seaside town of Gibsons on the west coast of Canada, or in a coffee shop somewhere else on Earth.

4.04
27 ratings8 reviews
5 stars
13 (48%)
4 stars
5 (18%)
3 stars
7 (25%)
2 stars
1 (3%)
1 star
1 (3%)
Displaying 1 - 8 of 8 reviews
Weegee Sachtjen
21 reviews4 followers
December 3, 2015
This was an interesting book to curl up and read as the author takes you on an insightful adventure from Vashon Island to the jungles of Ecuador. As the main character, Oliver Bruce, grapples with his life decisions, he finds himself in a unique situation that could change the lives of every human being. What would you do if the future source of energy for the planet was held in your pocket? It is a question that the Sunshine Coast BC author Mark Cameron poses in his debut book, "Goodnight Sunshine." It's a delightful read and I recommend it to literary fiction lovers and those looking for something new and out of the box.
Bill Baker
10 reviews
July 10, 2016
Absolutely loved this book. It had great characters, an interesting adventure and a few plot twists. I loved the international flavour - the setting in Equador and the temptations the protagonist went through. I looked forward to reading the next chapter and then the next until darn it, the book was done. Looking forward to the sequel.

Tricia Alexandruk
2 reviews
December 27, 2015
Goodnight Sunshine held my attention from beginning to end.
Mark did a great job of developing his characters. Saying goodbye to Oliver and Jen was like saying goodbye to two good friends.
I will be watching for more from this new author.
A must read. Two thumbs up.
Kat Karpenko
Author 2 books3 followers
Read
November 14, 2020
Mark Cameron's book has some insightful views on the environment. His story is interesting and I enjoyed learning more about Ecuador. His take on romance was from a man's perspective which is not the usual way in the books I have read. I am not sure I bought into the main character's reasons for going to Ecuador in the first place but then I am not a man. Cameron has a good writing technique and the book held my interest to the end so I would recommend it, especially to those male wanna-be adventurers out there. 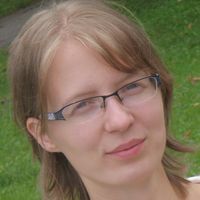 Kadri Pereira
6 reviews
January 28, 2023
I don't think this book gets enough credit than it deserves. It's a journey of so many levels - personal challenges, inner turmoil and discoveries, sustainability, science, politics, etc. Even though I may not agree on some of Olivers life choices, it makes you ponder about relationships in general. A lot better then some "best sellers" or "best rated" books I've read.
Alayna
410 reviews4 followers
September 13, 2021
Got halfway through and just couldn't continue.
A.K. White
Author 1 book13 followers
September 16, 2016
In his debut novel, Goodnight Sunshine, Mark Cameron offers up not only a fast-paced adventure through the jungles of Ecuador, but also a thoughtful and masterfully handled study of his protagonist's midlife crisis. Oliver Bruce is not your average hero: his life is mundane, his relationship with his wife cool and unfulfilling, his kids distant. He is a man looking for meaning in his life, feeling saddened and frustrated by his choices. But then on accident triggers a sequence of events which leads Oliver deep into the wilds of Ecuador.
There are many good reason to read Cameron's book, not the least of which is his descriptive style. From the moment Oliver lands at Quito airport, the read is immersed in the culture, history, language, and vistas of the country, the author providing lush and vivid detail as Oliver Bruce pushes on into the rainforest. Cameron never misses a beat as he leads you, chasing along with Oliver Bruce, who searches for the elusive 'invention' which is forever vanishing around the corner, always just out of reach.
I was captivated by the multidimensional characters, the nuanced interplay between Oliver Bruce, his wife, Emily, and the beautiful young scientist, Jennifer, who he meets in the jungle. What might have been a trite love triangle is instead an intimate exploration into the nature of yearning, passion, and love. More than an adventure story, this touching narrative travels full circle when Oliver Bruce, the reluctant hero, finds that - among other things - being middle-aged isn't so bad after all.
Susan Girard
Author 1 book52 followers
April 2, 2016
Mark Cameron takes you on a captivating and compelling journey through the pages of 'Goodnight Sunshine' as he shares an intriguing, solid and suspenseful fiction novel rich in dialogue. You will travel with Oliver Bruce to the lush jungle and Rainforest of Ecuador as he searches for some answers to his own life issues and also to a set of circumstances that have fallen in his lap and are unfolding before him.
The writing is fresh, clean and crisp and he has made certain that all the I's are dotted and the T's are crossed.
Oliver Bruce is definitely the guy to deliver in this novel ... for the sake of his family, friends, associates and country and he truly does.
You have taught me a lot about writing from your style, Mark ... this fellow Author thanks you for that.