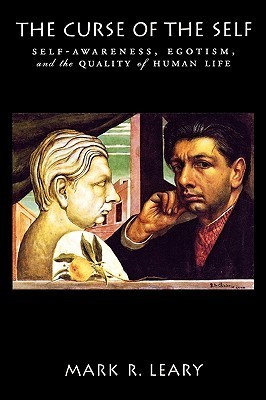 The Curse of the Self: Self-Awareness, Egotism, and the Quality of Human Life

4.21
192 ratings18 reviews
Rate this book
Despite its obvious advantages, our ability to be self-reflective comes at a high price. Few people realize how profoundly their lives are affected by self-reflection or how frequently inner chatter interferes with their success, pollutes their relationships with others, and undermines their happiness. By allowing people to ruminate about the past or imagine what might happen in the future, self-reflection conjures up a great deal of personal suffering in the form of depression, anxiety, anger, jealousy, and other negative emotions. A great deal of unhappiness, in the form of addictions, overeating, and domestic violence, is due to people's inability to exert control over their thoughts and behavior. Is it possible to direct our self-reflection in a way that will minimize the disadvantages and maximize the advantages? Is there a way to affect the egotistical self through self-reflection? In this volume, Mark Leary explores the personal and social problems that are created by the capacity for self-reflection, and by drawing upon psychology and other behavioral sciences, offers insights into how these problems can be minimized.

Even if you are absolutely not into meditation, you will learn that most of our “pastimes” aim at achieving the same result of “losing one’s self” into different activities. Not surprisingly, the state of “flow” (or losing yourself in activities you enjoy) is considered nowadays as one of the top, most blessed states of our existence.

However, this is not a “self-help” manual, but a well-rounded, deep and dispassionate look at our human condition. Most recommended. 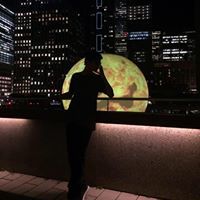 Minh Vu
36 reviews5 followers
December 31, 2018
Self-esteem is not the reason why we strive to success, or the necessary virtue that makes us successful - only does it appear to be resulted from being successful while having moral values. Understanding that, I try to find the right solution for my problems, which is self-compassion, something I could not do for myself.
I learned the important difference between self-compassion and self-esteem from this book, as well as the importance of the first decency to living a happier life. At first, I used to believe that having self-compassion is something similar to Pollyanna principle, that it means being optimistic while ignoring my problems and dodging my responsibilities - but I understand now that it actually means wholeheartedly longing for better things to happen in my life. I realized that being a total asshole to myself is wrong, and causing countless harms to myself needs to come to a conclusion.
What a coincidence to finish this book just days before New Year's Eve.
Maher Razouk
632 reviews174 followers
January 24, 2021
لو كان الناس يقلقون فقط بشأن الأشياء التي لديها احتمالية معقولة للحدوث ، ولو كان القلق دائمًا يساعدهم على التعامل بشكل أكثر فعالية مع الأحداث المستقبلية ، فإن القدرة على القلق ستكون هدية عظيمة. ولكن الحقيقة هي أن معظم القلق غير ضروري. ربما معظم الأشياء التي يقلق الناس بشأنها لا تحدث أبدًا ، وحتى عندما تحدث ، نادرًا ما يكون القلق بشأنها شيئاً مفيدًا. وعند النظر إلى الماضي ، من المرجح أن يقول الناس : «لم يكن هناك أي سبب لكل ذلك القلق» بدلاً من «كنت أتمنى لو أنني قلقتُ أكثر!»
.
Mark R. Leary
The Curse of The Self
Translated By #Maher_Razouk
Underconsumed Knowledge
78 reviews4 followers
September 6, 2021
This is a good book, amongst the best I've read for modern popular psychology books (as a non-psychologist, up there with Haidt, Tavris, Kurzban, Horney). I find it curious how some books catch on and others do not. It is well written and easy to read. Reviews many of the human deficiencies in ways of thinking that lead to struggles in life and society, citing examples and studies, and is an excellent complement to understanding modern civilization and politics

The Happiness Hypothesis Pág.206-207
Yules
136 reviews9 followers
Read
September 15, 2022
We know that the self (if it exists) is responsible for much of our unhappiness. Self-consciousness entails unwanted thoughts and emotions (i.e. obsessions, shame, self-blame, self-pity, etc), not to mention the worst aspect of the human condition – the awareness of our own mortality. Adam and Eve were cursed with self-consciousness for their sins, and people have been envying non-human animals ever since.

Like every other person ever, I’m often confused by this extremely flawed mechanism we call “the self,” and I picked up this book hoping for some in-depth arguments about how and why self-consciousness malfunctions. Unfortunately, many of Leary’s points here are either entirely speculative or much too generalized. Though I would have liked to see him tackle this subject from a more complex perspective, he does acknowledge that this book is for lay readers, so any other expectations I may have had of it are entirely my fault.

Neil H
178 reviews10 followers
September 7, 2020
If I have learnt anything from living close to less than a century of a life. Its this. I have no idea what to make of myself and those I see around me. A vast hoch poch of contradictions, misnomers and poppy cocking. This book makes the psychedelics of living life lean a little more to a spectrum which we can view ourselves. As ego, self love (too much) hence all the worries about what happens tomorrow, yesterday and how that bastard on the street took my cab. A preservation of self image to the detriment of enjoying life in the present. We are the products of survival, of evolutionary experiments. Question is can we learn to sidestep what can cause us so much hurt and anguish.

Gau Guedes
1 review
August 24, 2020
Simply the best psychology book I’ve ever read! Self-quieting, self-control, diminishing ego defensiveness and fostering ego-skepticism, makes so sense and it feels so logic as a path to achieve a better human being that I find it extremely hard to prove otherwise. A scientific perspective of what religions and philosophical doctrines have been teaching us for millenniums. This is definitely a book to revisit on a regular basis. 5 stars!
Zhuo Zhang
1,565 reviews16 followers
February 10, 2022
The last chapter is very essential and provides the solutions for bring the best of ourselves:
Solution 1: Quieting the Self
Solution 2: Fostering Ego-Skepticism
Solution 3: Reducing Egotism and Ego-Defensiveness
- to recognize that the ego is really nothing more than a mental idea or image we have of ourselves.
- to foster an ongoing attitude of self-compassion. People benefit from adopting a kind,
Solution 4: Optimizing Self-control
Bob Heckel
3 reviews
March 3, 2022
Important book. Explains the unfortunate problems of a hunter-gather brain in a highly evolved world where its programming is often no longer useful and, because it hasn't kept pace, is now harmful in many ways.
Scott Cinsavich
41 reviews3 followers
April 23, 2021
Generally a good book on the subject with some excellent object lessons in the final chapter. Best understood by those who have taken an undergraduate course in psychology but accessible to the rest. 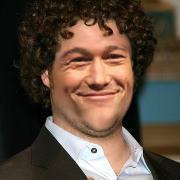 Eric Abin
30 reviews
October 25, 2021
Very interesting look at how our self can sabatoge but also save us. Well worth the read.
Martin Bortnick
12 reviews
January 17, 2022
Informative

This book is interesting, informative, and thought provoking! I highly recommend this book! I will use this book as a reference for a long time.
Pavlo
3 reviews
September 5, 2022
I really don't understand, how this book isn't mandatory reading. If it happens somehow, the "self-help" market will reduce remarkably.
Gaudencio Guedes
26 reviews
September 11, 2020
Simply the best psychology book I’ve ever read! Self-quieting, self-control, diminishing ego defensiveness and fostering ego-skepticism, makes so sense and it feels so logic as a path to achieve a better human being that I find it extremely hard to prove otherwise. A scientific perspective of what religions and philosophical doctrines have been teaching us for millenniums. This is definitely a book to revisit on a regular basis. 5 stars!
Natasha
35 reviews3 followers
February 23, 2017
this is a very interesting and thought provoking book. It's not an easy read, it's very dense with descriptions of research experiments and feels like a college class study material. I'm very glad I read it. I learned a lot and will practice new things I learned. If you struggle, like I did, to finish this book, don't put it away until you read at least the last chapter.
Geovi
1 review
Read
September 25, 2011
great book 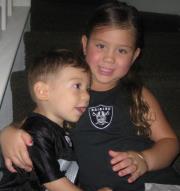