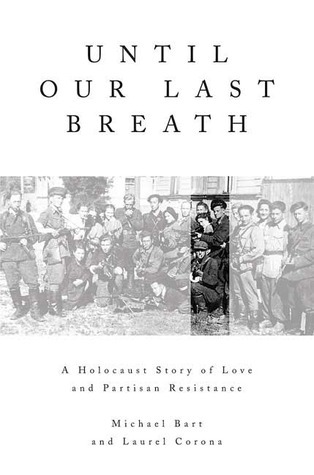 Until Our Last Breath: A Holocaust Story of Love and Partisan Resistance

4.29
78 ratings17 reviews
Rate this book
At Leizer Bart’s funeral, one of the mourners told his son Michael that the gravestone should include a reference to the Freedom Fighters of Nekamah, to honor his late father’s involvement in the Jewish resistance movement in Vilna (now Vilnius), Lithuania, at the end of World War II. Michael had never heard his parents referenced as Freedom Fighters.

Following his father’s death, and with his mother in failing health, Michael embarked on a ten-year research project to find out more details about his parents’ time in the Vilna ghetto, where they met, fell in love, and married, and about their activities as members of the Jewish resistance. Until Our Last Breath is the culmination of his research, and his parents’ story of love and survival is seamlessly tied into the collective story of the Vilna ghetto, the partisans of Vilna, and the wider themes of world history.

Zenia, Bart’s mother, was born and raised in Vilna. Leizer fled there to escape the Nazi invasion of his hometown of Hrubieshov in Poland. They were married by one of the last remaining rabbis ninety days before the liquidation of the ghetto. Leizer was friends with Zionist leader Abba Kovner and became a member of the Vilna ghetto underground. Shortly before the total liquidation of the ghetto, Zenia and Leizer, along with about 120 members of the underground, were able to escape to the Rudnicki forest, about 25 miles away. They became part of the Jewish partisan fighting group led by Abba Kovner—known as the Avengers—which carried out sabotage missions against the Nazi army and eventually participated in the liberation of Vilna.

Until Our Last Breath is intensely personal and painstakingly researched, a lasting memorial to the Jews of Vilna, including the resistance fighters and the author’s family. 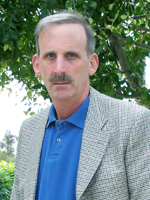 1 book2 followers
Michael Bart tells of his parents' resistance in the Vilna ghetto and their experiences as members of the Partisans of Vilna in Abba Kovner's Avengers group. This is a powerful account of heroic Jewish partisans fighting back.

Nominated by the American Library Association for a Sophie Brody Award, for the most distinguished contribution to Jewish literature published in the United States.

4.29
78 ratings17 reviews
5 stars
34 (43%)
4 stars
35 (44%)
3 stars
8 (10%)
2 stars
0 (0%)
1 star
1 (1%)
Displaying 1 - 17 of 17 reviews
Ashley
11 reviews1 follower
August 26, 2009
I have read many Holocaust stories, but this one is one of the most touching. A love story and a story about courage, this book inspires and gives more meaning to life. Although disturbing at times (after all, is it possible to read about the Holocaust without being disturbed?), this is an important read. It is absolutely amazing what these people survived.
Teri
64 reviews1 follower
March 26, 2022
I loved this book. What a treasure Michael Bart has given us in researching and sharing his parents' holocaust survival and resistence story.

Because I cared for Zenia I cared for her family. Therefore the tragedies and inhuman suffering they endure affected me in a more personal way than I have experienced before in reading about the holocaust.

Tracie
399 reviews
April 28, 2019
A hard, beautiful read. Leizer and Zenia's will captivate you. And the fact that they lived to tell it, through their son, is even more astounding.

Michael Bart explores the story of his parents, who met and married in the Vilna ghetto. Lithuania had one of the most active resistance groups in all of Nazi-occupied Europe, and Michael's parents were a part of it, a fact that he never learned until after his father's death.

I thought it was well-written, fascinating, touching, and, of course, heartbreaking. It was truly a page-turner for me; I could hardly put it down. Truly a fantastic book.

Tyler Kuykendall
9 reviews
February 1, 2016
At his father’s funeral Michael Bart is approached by a man who reveals to him a piece of information about his parents involvement with Jewish resistance group Freedom Fighters of Nekamah during the end of World War II. This kick start’s Michael’s research into his parent’s past and this book is the cumulation of that research with the help of writer Laurel Corona. This book tells of how Leizer and Zenia Bart (Michael’s parents) came to be in the Vilna Ghetto where they met and follows them throughout their journey through the Nazi Occupation during World War II. The writing in this book makes it flow just like a novel but makes the harsh reality of the truth behind it even more daunting. Until Our Last Breath opened up a new perspective into World War II and provoked new questions and thoughts about the war and its aftermath.
Martha A. Galvan
32 reviews8 followers
March 1, 2014
Beautiful Love Story.
But not about the lust or "honeymoon" stage. The Love story of 2 Jews in WWII, trying to survive and deciding instead of going to work camps, they escaped to help the underground. With a group of Jews and others against the Germans, they hid bombs on the rail roads to stop the Germans from entering cities.
Their love was for freedom and to survive. Starving and hurt they saw freedom and lived to survive.

This is another story of the Holocaust, how some people, this couple Leizer and Zaenia Bart, survived by fighting back, knowing they would be killed.

I highly recommended this book, to learn about the other side to the war, the Partisan Resistance Freedom Fighters!!!
Jenny GB
835 reviews3 followers
February 22, 2015
Wow, what a moving book. I'm going to need some more time to digest this one, but I literally could not put this down today and read the whole thing. It's very well written and personal which makes the story so emotional and immediate. It's incredible what people went through during WWII, especially the Jews. I know it's true, but it's always hard to believe people can fight back against and survive it given the horrors involved. The pictures were very helpful and again made the story so much more personal. I've read various stories from this time period, but this has to be one of the best told and best written I have seen.
Rachel
1,351 reviews12 followers
December 4, 2016
This book portrays the daily lives of so many characters within the "Jerusalem of Lithuania," Vilna, Poland, before and during the second world war. The author is the son of one of the major characters, and has done more than a decade of research about his own parents' involvement, as well as the development of the partisan resistance, first in the Jewish ghetto, and later in the forests surrounding their occupied city. I highly recommend this book for any lover of history, but beware: There are some very difficult tales of loss of life and of Nazi atrocities from a first-person perspective. Such a tragedy!

Courtney Klein
188 reviews1 follower
July 4, 2015
An emotional journey of love and perseverance during a time of terror. I have read a few books regarding the Holocaust, but none as personal and touching as Until Our Last Breath. You can really capture the emotions and visualize what is happening. It makes you feel. I cried.

We lost the majority of my father's family during the Holocaust, and this was truly the first book that gave an idea of what they might have faced/felt on a deeper level then this is what happened; this is how many died.

Thank you.
Jodi
87 reviews
March 20, 2014
I entered to win this book--and didn't--but I still needed to check it out. Great book--very compelling and engrossing true story. It had one of the most unique queries of any Holocaust book I've ever read-and I read a lot of them: The Germans were asking themselves if only the strongest Jews were still alive in 1944/45--did this mean they had actually made the group stronger? When they reproduced would their children be getting only the genes of the strongest Jews-the ones the Nazis couldn't kill? If you look at Israel today the answer is yes.

Great book-read it.
Melissa B
566 reviews18 followers
March 20, 2014
I received this book through Goodreads FirstReads

A whole new view of the Holocaust, through the eyes of those who experienced it through the Partisan Resistance in Lithuania. This book exposes the reader to a life of not knowing what would happen in the next few minutes: death camp, instant death, capture by Nazis, Russians, escape. Michael Barr has parents in whom he should take great pride.
Jonah
113 reviews2 followers
April 21, 2013
This is an interesting book that both tells the story of one couple- that met in the Vilna ghetto! - and also the story of what happened to Vilna's Jews during the holocaust. It made understanding the stories that I've heard before easier; this book tells a coherent story, not always easy with a history. And it tells both a big story and littler one.

Tammy
7 reviews
March 26, 2014
Great book! Focuses in not only the story, but the author's research. The author learns at his father's funeral that he participated in the resistance during WW2. His mother's health is failing, but the author enlists her memories to help him find out about his father and the resistance. Well written. A tear jerker in some places.

Elaine Chew
176 reviews
January 10, 2013
Bravo!!! I admire everything that these two, and of course, all the other partisans, did to fight evil. I am so glad their son wrote this truly remarkable book, so that we all could share in their heroic courage! It is so important to have the survivors stories told.
Calley
134 reviews
September 12, 2011
People's courage and resilience during WW II fascinates me. BUT, that being said, don't read 12 of these books in a row! You will feel *slightly* depressed!
Caroljenkins
3 reviews1 follower
December 18, 2010
Wonderful Story of the Partisian Resistance in WWll
Michelle
187 reviews6 followers
February 4, 2018
This was a very good, touching, well-written story.
Displaying 1 - 17 of 17 reviews