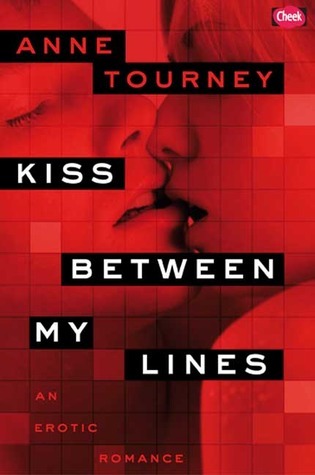 Kiss Between My Lines

1.75
4 ratings2 reviews
Rate this book
nfogeek Jordi can't break her addiction to her loaded laptop, her favorite source of secondhand stimulation. But when her laptop is stolen she's forced to get her fix at the library's computer terminals, and there she stumbles across a blog recounting the sexual adventures of a sultry love-addict called Dana. Jordi's and Dana's identity begin to mesh in bizarre ways and Jordi finds herself falling for Nolan, the insanely hot, renegade library page who's trying to help her figure out how she's connected to Dana. She's also drawn into a series of intense mind games with Steffan, an elusive older man who works at the reference desk and leads a secret life of his own. Meanwhile, Dana's adventures are growing wilder by the day, and Jordi can't stop slipping in to Dana's world to sample its stolen delights. Soon Jordi is way too busy to question her borrowed identity . . . until Dana steps up to reclaim it. Will Jordi be able to go back to the realities of flesh-life - and the possibility of true love - after spending time in Dana's sexy virtual skin? 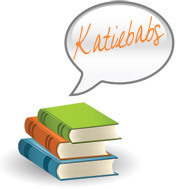 Katie(babs)
1,803 reviews541 followers
May 19, 2009
Dana is an oversexed, larger than life rich girl. Whatever she wants, she gets and doesn't care about the consequences. What Dana wants most of all is sex and more sex. Dana is so out of control that her father even sent her to sexual rehab to break her of her sex habit. When she seduces her father's accountant at one of his cocktail parties, and is caught, that is the last straw. Daddy decides to disown his only daughter. He changes the locks to the penthouse and cuts off all of Dana's credit cards. Now homeless and poor, Dana has run out of options and decides to camp out and hide at the local library where she starts her new blog: Darling Deviant.

Jordi is the complete opposite of Dana. She barely understands human relationships and gets along better with her laptop she has named LIRA. LIRA means Life in Real Application and is a special project she has been working on since college that will allow people to connect in ways they never thought possible. But when LIRA starts to have a meltdown, Jordi begins to freak out...that is, until a cute guy in a hoodie decides to introduce himself to Jordi. Nolan works at the local library as a shelver, where he has decided to implement his own cataloging system. He invites Jordi to spend the rest of the day with him. Jordi accepts since her beloved LIRA is out of commission for the moment.

The same library where Nolan works is where Dana is living. Dana tries to stay out of trouble, but she can't help herself when it comes to the male workers there. Soon Dana is having sex with Jimmy, the library security guard, in order to stay. She also has an interesting sexual experience with the Multimedia Librarian, Christopher, and Jeff, the systems administrator. But Dana has an eye opening sexual interaction with Steffan, one of the head librarians. He shows Dana who she really is inside and, because of that, she now realizes how wrong her sex addictions are and that her quest for love may be an impossibility.

As Dana goes through her sexual escapades, Jordi is on a journey herself and that involves Nolan. Nolan wants Jordi to give up on LIRA and start to enjoy more human interactions, mainly with him. Jordi must decide if her years of work should be sacrificed in order to find true love with someone who can love the true person inside her geeky self. And because she is now addicted to Dana's sex blog that she reads at the library, this may help her take a step in the right direction.

I wish I could say KISS BETWEEN MY LINES was a sexy and intriguing read. Unfortunately, I found Anne Tourney's novel to be boring and immaturely written. I was also very confused by the comings and goings of the characters, mainly that of Dana and Jordi. These two women need some major help, especially for Dana's sexual hijinks, which in my opinion, are unbelievable and immoral. As for Jordi, I found her to be so very pathetic, lost in a world of her own making. Even the actions of the secondary characters make no sense, and I felt as if I were reading a rejected script from the Twilight Zone show. Only Nolan struck a cord, maybe because he was the only believable and sympathetic character within the bunch?

Maybe there is a hidden meaning within this story that I am missing, but KISS BETWEEN MY LINES is certainly one that I cannot recommend. I am all for fantasies and well written sex scenes, but even those written by Anne Tourney didn't pique my interest in any way. Perhaps fans of her past work will appreciate this latest by her. As for myself, I like to think of libraries as sacred places to just read, not get your freak on with anyone who would walk across your path.
Sara
849 reviews60 followers
April 27, 2019
What did I just read?!

Full review on my blog.