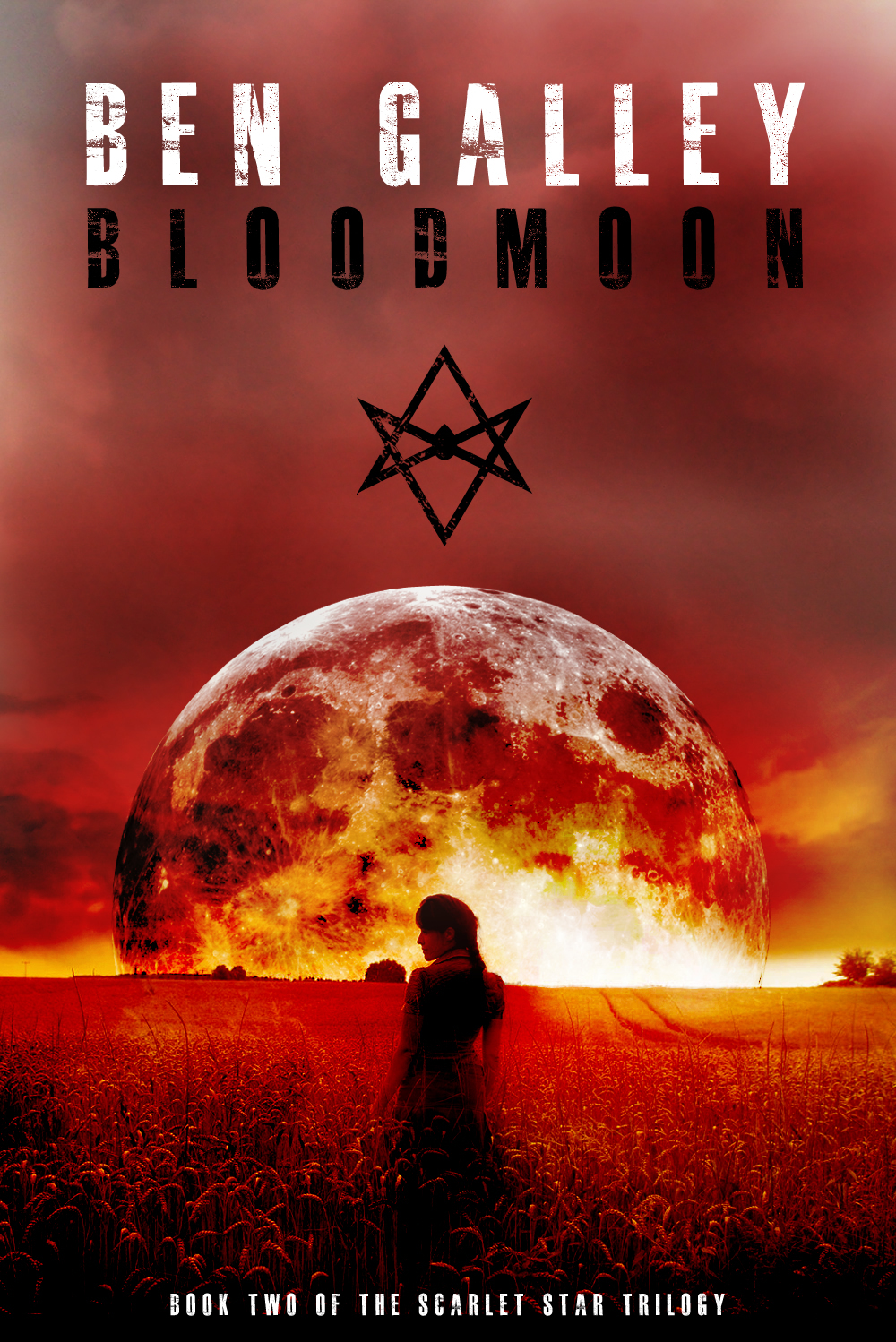 With Fell Falls put firmly behind him, Tonmerion Hark has only one desire: to make his way east and once again feel the soil of his Empire under his boots.

But blood has been spilt. Machinations of the powerful foiled. Scores have been scraped in the desert sand and now they must be settled. A new power is growing in London, and it pines for revenge.

Now that both Tonmerion and Rhin find themselves being hunted over prairie and wasteland, he and his strange new family put their fate in the hands of a travelling circus, headed straight for the shores of the Iron Ocean, and a ship home.

There is only one truth: all will be settled on the night of the Bloodmoon.

Check out www.bengalley.com for sneak peeks and samples.

35 books760 followers
Ben Galley is a British author of dark and epic fantasy books who currently hails from Vancouver, Canada. Since publishing his debut Emaneska Series, Ben has released the award-winning weird western Scarlet Star Trilogy and standalone The Heart of Stone, the critically-acclaimed Chasing Graves Trilogy, and the new Scalussen Chronicles.

When he isn’t conjuring up strange new stories or arguing the finer points of magic systems and dragon anatomy, Ben explores the Canadian wilds, sips Scotch single malts, and snowboards very, very badly. One day he hopes to haunt an epic treehouse in the mountains.

Find all of Ben’s books or join his Discord and Patreon at: www.linktr.ee/bengalley

The world building, which gripped my imagination, in the first book, is now familiar and hence, not a stand out feature. I had mentioned in my review of Bloodrush that Ben Galley needed to focus on the story and characters in subsequent books as world building could take you only so far. Welp, in that respect, Bloodmoon is only average.

There were three separate threads and, of these, the machinations in London were the most interesting. And this speaks a lot about the blandness of the main characters.

Don't get me wrong though. Ben Galley's writing is still brilliant. And the world is still unique. But these are not enough to overcome the sense that nothing much is happening.

Maybe, Bloodmoon is just suffering from 'middle-itis' since it is the second book in the trilogy. Hopefully, Bloodfeud will be much better.

Stephen C
37 reviews6 followers
August 3, 2015
It started with Bloodrush...(and what a rush that was #sorrynotsorry) and rising from the ashes life must go on! I was a little excited for this book, I'd been looking forward to it since the end of Bloodrush and now I have post Bloodmoon blues.

The cover is beautifully errie....If you didn't get that blood would be a part of the book from the titles, then the cover sure goes a long way to fix that, seeped in shades of reds, with the great big moon rising up...oh wait could that be the bloodmoon?? I alos love the typography of Ben's name, so different from the Emaneska, its like the name here has grit. But I digress...The book:

There's a difference sense of pace here, a different intensity, it's very much a journey book - across the Endless lands (America to you and me) helped, buy what better means, than a travelling circus. IN so much as this was a focus we also got to send a lot more time with the events happening in London (something I mentioned wanting more of), and get more from Faye queen, in a way where everything was gradually building up to the climax of not only this book but the s*** storm that is to come in book 3!

I had wondered where this story would go, so I was pleasantly surprised with the introduction of a Circus. I love a circus in a story, but it has to be one thats a little dark, that has a bit of edge to it, and when you have a circus of rushers it certainly has edge. I also like reading into certain things far too much, and one of the first literary encounters I had with Circuses was Darren Shan's Cirque Du Freak, and a lot of the time I was getting really similar vibes...there was even a character called Shan, and even if this wasn't a reference, it was a really nice throwback for me to experience when reading.

Being the second in a series the characters felt familiar. You had them and you went with them immediately like you already knew them. Merion is this great juxtaposition between the man and the boy he is. Rhin can't seem to catch a break and Lurker and Lilian....would you come on already! One of the great things about Ben's writing is his ability to capture everyone's voice really well, building up such a variety of characters and maintaining them throughout.

Without wanting to repeat myself too much from previous reviews, I do want to touch again on the magick system, which feels so fresh to read as it takes ideas of channeling magic and put's a fresh spin on to it. There's also a great guide in the back of the books, just in case you've lost your own rushing reference and need a reminder.

This is a fantastic series, which, if you've never read any of ben's work you really need to get on to. You won't be disappointed. The only disappointment I can foresee is the end of the series! Bring on Book 3

Abbe
29 reviews2 followers
August 31, 2015
I like this follow up to Bloodrush a lot. Ben Galley picked up the story without missing a beat and took us down the dust and dangerous trail that Merion Hark, and his entourage travel on their way back to the Empire. Again, the characters are dimensional and interesting and their relationships drove the story.

I am looking forward to what happens next.
Travis Peck
Author 3 books9 followers
December 25, 2016
I loved the first book, Bloodrush, and this one was really good as well. Started a little slow for me, and with crucial mysteries revealed already in the last book, it fell a tad short of Bloodrush. It was still a great story and if you liked/loved Bloodrush, you'd be a fool not to continue right on to Bloodfeud--which is what I'm going to do...right now...leave me alone so I can read it!
Kieran Double
Author 6 books12 followers
July 4, 2018
This novel suffers from middle child syndrome. Parts of it feel like it's prepping for the end of the trilogy. That's not bad, though, because I'm really looking forward to reading the next novel.

What really stands to this series is the world-building. I'm beginning to realise I have a hankering for alternative history worlds. Benjamin Disraeli is re-imagined as Bremar Dizali, and Queen Victoria is the apparently immortal Queen Victorious. Russia is Rosiya. My personal example for this is always His Dark Materials - one of the best fantasy series out there, particularly given that it's extremely mature for a YA/children's series - but this is much darker and puts the 'weird' into weird western. Galley is not afraid of the violence, of stepping into horror territory, and it serves his work well.

Somehow, the YA elements don't compromise this grimdark approach. And that's kind of what I like best in this series. It's a mix of different styles that probably shouldn't work, but do. It's different. That's not to say it's perfect or unique, but it is an enjoyable reading experience, which is surely the most important point of any series.

Ruth Harwood
527 reviews8 followers
February 14, 2020
Ooooh, despite being ill and feeling like death, this book gave me an escape, and I enjoyed it immensely! There's plenty to keep the reader fascinated, with fantastic characters and a plotline that didn't need too much work on my part, though obviously not a simplistic one, that wouldn't keep even my flu-ridden brain engaged lol!
The writing is good, as was that of the first in this series, and the end is one that leaves things open for a third, obvious in a trilogy, yet is a story in itself and can be read as a stand alone without any loss for the reader.
Definitely an author I've enjoyed reading! 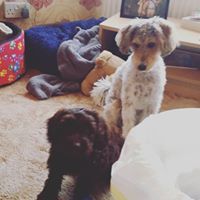 Joulez
143 reviews1 follower
May 30, 2021
I really enjoyed this book, managed to expand the world whilst also moving thr story along. I do have to say that I still forgot the MC is young.

I loved the circus in it, but felt like we were with them for a very long time. I was enjoying the cross country chase more than the circus bit.

Still really enjoyed it and jumped straight into book 3.

Eric Evans
575 reviews4 followers
July 16, 2019
Something got lost somewhere for me. The story didn't match up to Bloodrush. Certainly a great way to get a look at different rushers by adding a circus. Nothing fantastic here hoping the conclusion is better.
Joy Cronje
Author 2 books28 followers
January 5, 2018
Great read,especially because I now know the characters. I did, at stages, want to skip paragraphs to get to the meat of the story.
SWAPNIL TIWARI
71 reviews
March 21, 2022
Awesome 👍🏻
Erin Durnell
6 reviews
January 7, 2016
Left Me Anxious For the Finale

Galley has crafted an intricate and truly original fantasy world in this series. This is a strong second installment.
The series takes place in a Magick filled 19th century, and is truly immersive. The character development is well written from all angles, and the new elements of the fantasy aspect are as original as you would expect from this upcoming author. The story was beautifully written, and I cannot wait for the release of book 3.
Nick Macnamara
6 reviews
April 27, 2016
Very well crafted

The world that the series is based in is a very well crafted, semi alternate history. The magic system is both unique and comfortably easy to understand. Ben is a fantastic author, and I have enjoyed all of his work so far. I look forward to more.