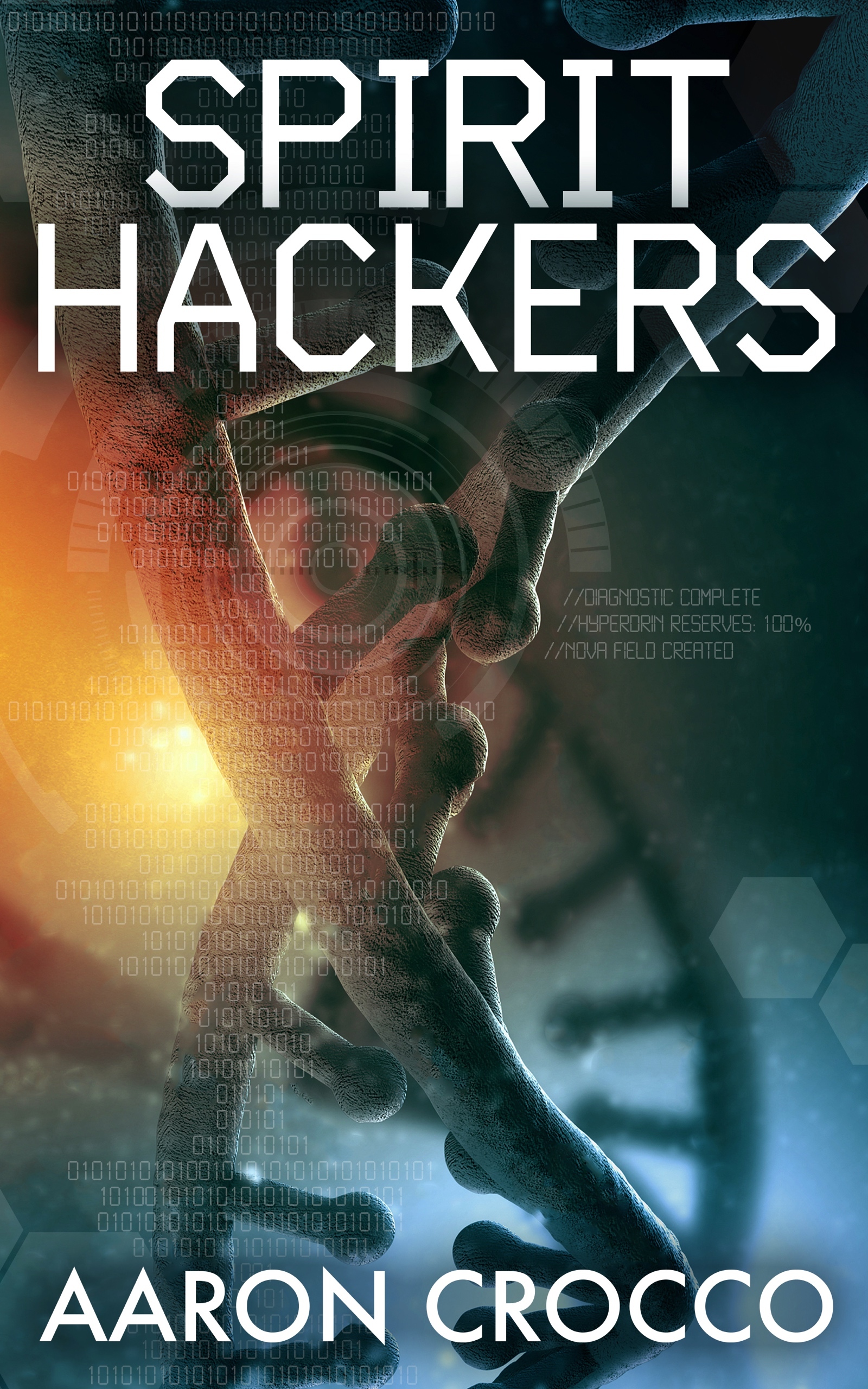 3.92
12 ratings5 reviews
Rate this book
Anyone Evan Ellis touches dies in less than a minute. This unexplained ability has littered his past with a trail of lifeless bodies. But learning to control his “gift” is the least of Evan’s worries. Someone knows his secret and they’re coming for him.

When he’s abducted and awakes in a building far below the streets of Manhattan, Evan is told of a groundbreaking discovery. It is here that Oben, a calm and methodical scientist, has spent the last ten years on an experiment that will change the course of mankind: a machine that can open a portal to the afterlife. Using this NOVA technology, anyone will be able to speak to the dead. He needs one last piece to make it work: Evan.

Oben promises to teach Evan to control his ability in exchange for his help with the experiment. But when they learn of a forgotten colleague’s dangerous plan to build his own NOVA technology, Evan has no choice but to join Oben, learn to use his ability for good, and stop an experiment that will kill thousands.

6 books43 followers
Aaron Crocco can be summed up as a writer and a podcaster, but complicating this further is the fact that he's a huge geek, Apple fanboy, and loves Back to the Future so much that he owns a Delorean. In the mid-2000′s his writing spark was reignited and he's been tearing up the keyboard ever since.

Aaron’s debut sci-fi thriller novel SPIRIT HACKERS explores the intersection of technology and the afterlife. His thriller CHRONO VIRUS rocked readers in 2012 with its original take on space travel. In 2013 he released the tie-in story CHRONO VIRUS: FALL OF THE HORIZON. Aaron's apocalyptic debut series AS DARKNESS ENDS explores the end of the world from many points of view.

Aaron hails from Long Island, NY and enjoys hockey, rock & roll, coffee, and way too much ice cream. Visit him online at www.AaronCrocco.com.

3.92
12 ratings5 reviews
5 stars
4 (33%)
4 stars
4 (33%)
3 stars
3 (25%)
2 stars
1 (8%)
1 star
0 (0%)
Displaying 1 - 5 of 5 reviews
Damian Trasler
Author 14 books5 followers
August 6, 2015
It's been said that there's no such thing as an original story, but Aaron Crocco proves that old saw wrong with this book. I have never read anything that approaches this plot : Scientists working to trace the energy of a person beyond death. Of course, that's the hook, the starting point, and there are more than a few twists and turns along the way. The central character, Evan Ellis, is a man struggling with a most unusual affliction, but it's one that happens to be exactly what these people need for their research to reach fruition. Unfortunately for Evan, not all the scientists are working together, and some place a higher value on what he can provide them, than on his continued well-being.

There are some issues with the book - Aaron's use of language is sometimes a little idiosyncratic, for example, but this is a fast paced book that promises action from the outset and delivers it. The pace does not let up, and best of all, he delivers on the storyline, following through to the climax of the book, and even leaving the way open for a sequels. What's crucial about this is that the sequel is not essential - he's told the whole story he set out to tell, I think - you don't need another book to wrap things up.
Kristina
73 reviews5 followers
December 4, 2015
Thank you to Goodreads and Aaron Crocco for the privilege of reading Spirit Hackers. I am honestly not much of a sci-fi fan, however this one is a totally captivating twist-filled thriller! Mr. Crocco gave me an outstanding story that caught me from the beginning.

I gave The Spirit Hackers 4 ½ stars. I won't post spoilers, because I hate ruining it for others. What I will post is a snippet from the author…. Anyone Evan Ellis touches dies in less than a minute. This unexplained ability has littered his past with a trail of lifeless bodies. But learning to control his “gift” is the least of Evan’s worries. Someone knows his secret and they’re coming for him.

Though it may sound funny, I really admire how the characters seemed so “everyday real life.” No superheroes, just people with real imperfections and weaknesses, making it very easy to connect with them. I know it sounds a little strange considering Evan can kill people with his touch, but I think the point is that I really got lost in Spirit Hackers. For me, that’s the sign of a great book. I am looking forward to the next book in the series. Aaron Crocco just jumped to my “must read” author list!!
Andrea Brokaw
Author 4 books7 followers
July 31, 2015
Spirit Hackers is part thriller, part sci-fi. Immediately after his introduction, I honestly wasn't expecting to like Evan Ellis very much, but he was a surprisingly likable character. The supporting cast is strong and the antagonist possesses believable, even heartwrenching, motives. The science, I found to be more fantastic than realistic, but I don't feel the story lacked anything for that. Overall, the suspense and action of this novel propelled me through an enjoyable read. Should Crocco continue to write in this universe, I would certainly pick up future additions.

Samantha
Author 28 books140 followers
August 28, 2016
The ideas behind this novel were fascinating. You've got a young man with a destructive power he doesn't know how to control and mad scientists who want to exploit him to further their research tracking life energy into the afterlife. Moment by moment, there was a lot to recommend this story. There were very exciting scenes and interesting plot complications.

But there were also serious flaws that pulled me out of the story. The main character, Evan Ellis, struck me as shallow and lacking in empathy for others, which made it hard for me to root for him. Characterization was uneven, with characters seeming to gain and lose skills and knowledge to fit the needs of the scene rather than staying consistent (especially in the female lead). Dialogue ranged from crackling and enjoyable to clumsy and exposition-filled.

The opening chapter is very strong and engaging, so I know the writer has the chops to execute this better than he has so far.
Ryan Toxopeus
Author 13 books19 followers
April 19, 2016
The opening scene of the book really grabbed me ... maybe more than the author intended, since it wasn't about the main character in the story, who was pretty weak and hard to care about in comparison.
I was a bit surprised when I heard this book went through an editor. There were still quite a few errors throughout.
The underlying ideas of a sort of spirit energy, and that we could create a portal to the afterlife were interesting, although the repetitive descriptions of the technology became tiresome. I felt like the POV changes to the other characters could have been cut out entirely and the story would have been both shorter and stronger.
It wasn't a bad book, it was just in need of a lot of tightening up and cleaning.
Displaying 1 - 5 of 5 reviews